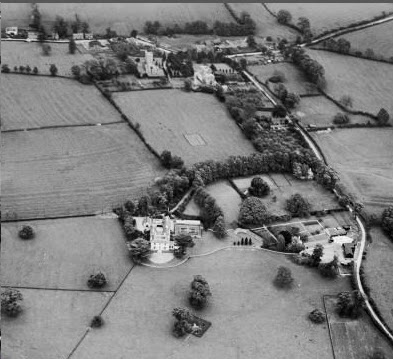 Just to the left and above the church (aerial pic, upper) ... 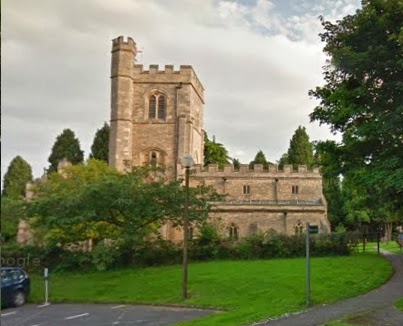 ... are two terraces of cottages for the forelock tugging snivelling minions. 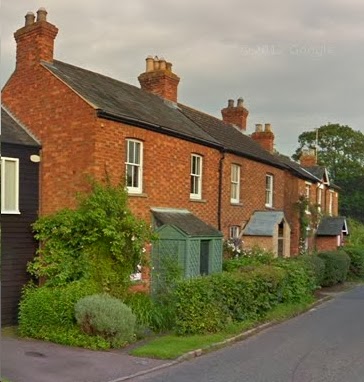 Opposite is the little village school ... 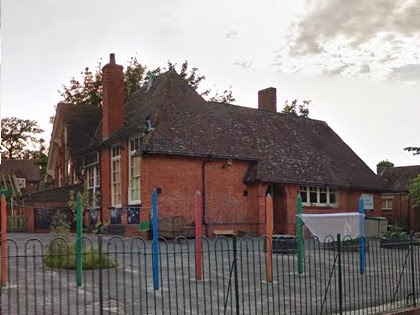 ... and a little further on stands the vicarage, splendid and grand as befits his ecclesiastical eminence, the Vicar.

To the right of this verdant and bucolic scene can be glimpsed the buildings of the Home Farm, no doubt where the aforementioned minions earn a miserable pittance for slaving six days a week from dawn to dusk.

Ahh, the joys and delights of England's green and peasant land!

But we are deceived as we take to the air Google-wise in 2014! 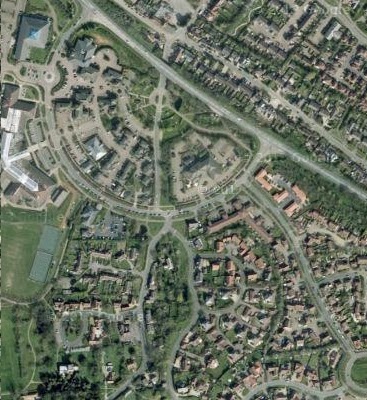 Something's happened at Shenley Church End. The church is still there (bottom left above the trees); the school and cottages are 45 degrees north-east with the "vicarage" and "home farm" due east. fbb fabricated his description of those latter two for artistic effect (?).

What's happened, of course, is Milton Keynes! A couple of maps may help. Focus on the church and comprehension is possible! 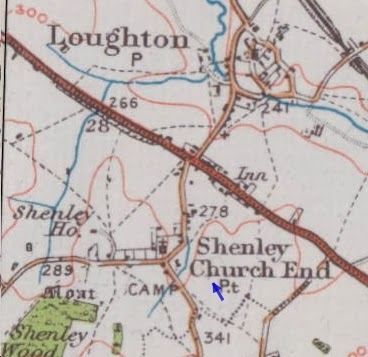 The red road is the A5 Watling Street and the brown road linking Wolverton with Old Bletchley runs roughly north and south. 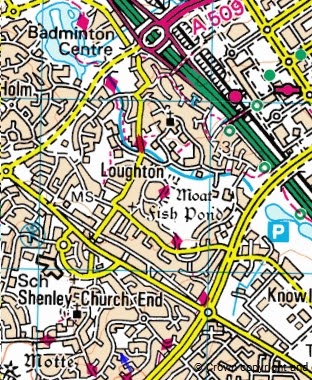 The old route through Loughton is pretty much intact; it burrows under the old but re-aligned A5, itself replaced by the new A5 in green. The old Shenley Road (still so titled) crosses the "D" of the new Shenley "local centre" ... 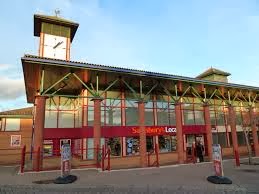 ... and potters due south, past the church. Google Streetview provided all of fbb's "rural idyll" picture above.

Once upon a time United Counties ran the buses via Loughton and The Shenleys, buses like this, running light near Ashton (hence Sywell on the blinds!). If you are extra specially observant, you can see bits of West Coast Main Line electric string gantries (in cutting) to the right of HBD's nearside lights:- 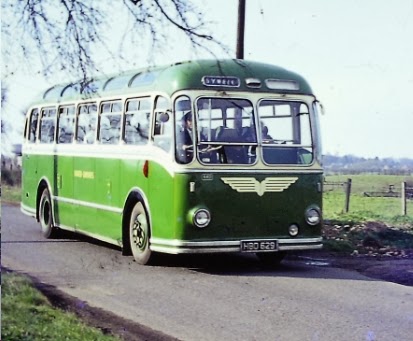 United Counties struggled with vehicle shortages and with financial shortages making relationships between the company, the Development Corporation and their passengers a little "sticky" at times - well, most of the time. Along came the National Bus Company, more unsuitable motors ... 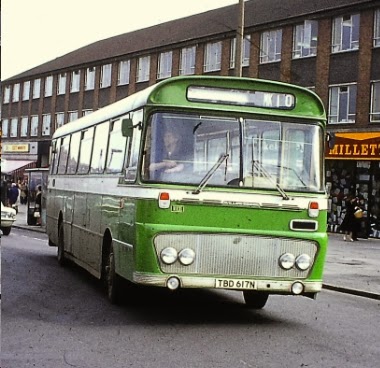 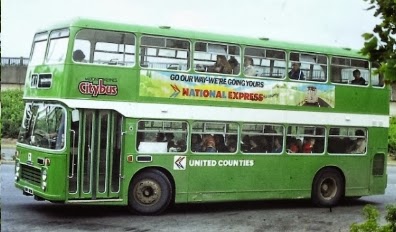 ... and ultimately privatisation and a variety of owners for Milton Keynes bus services via Shenley and elsewhere.

Services have been revised, re-organised, shuffled and re-tendered and a detailed route history is outwith fbb's experience. Let us limit recent omnibological traumas to the knowledge that the current holder of the Milton Keynes main operator (poisoned?) chalice is Arriva.

And, multiple network revisions later, the buses via Shenley have all gone green again ... Before fbb gets stroppy comments, let the record show that Shenley is also served by mega circular routes 24/25 hourly in each direction and hourly 28, none of which are electric!