North Gate; No Good or Nice Goody? A Question.

We already know that National Express hasn't quite grasped the changes in bus and coach arrangements at Northampton ... 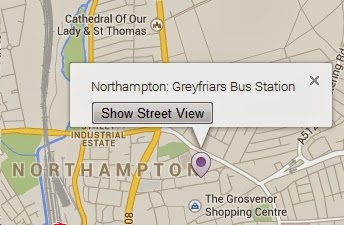 ... and, if you were off on another planet over the past year or so, you might still turn up at Greyfriars. Northampton Council has spared no expense is directing you from there to North Gate.

Oh, what the heck. We will carp, we will snigger and we will complain! Let us examine the helpful promotional leaflet produced by Northampton Borough Council.

This is packed with useful infromation (well, a map!) ... 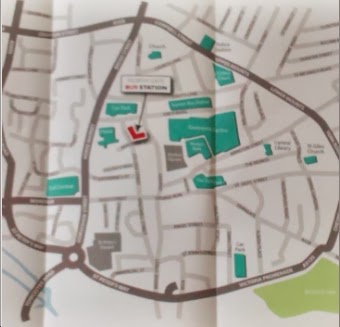 ... which, one supposes, is a little better than the one shown on the old premises, prepared by the four year old son of the man who counts the cash from the 20p North Gate toilet. The rest of the leaflet is dedicated to the £75,000 Art work as highlighted by the hapless Councillor Mackintosh. See "North Gate; No Good or Nice Goody?" (read again). 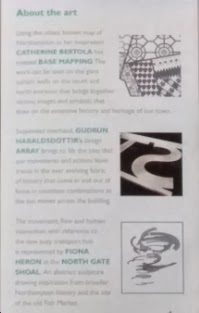 What a waste. But the expenditure is OK; they had a grant. So we paid for it!

That's it. Buses are barely mentioned.

What is really needed, surely, is a list of which services use which stands. For this we are indebted to Stagecoach. 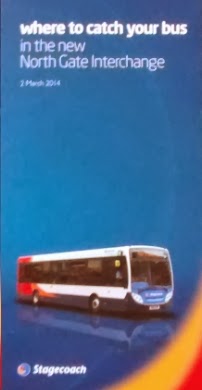 But, of course, we would expect this excellent publication to contain only Stagecoach services, as in the poor picture below. 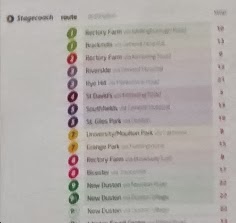 Every service, all operators, are listed. For the record, they are ...

... with the two in red being in direct competition with Stagecoach. fbb does not know whether the Perth conglomerate was paid a few shiny pennies by someone to do this. But it is unusual!


And, before we move on to other things, enjoy this video of buses at the old bus station. Note that there is plenty of room for "layover" and everything is running smoothly.
Nice!

And, before we move on to other things, almost everything that went wrong on Black Monday was pointed out in advance by interested observers. Indeed, our Northampton correspondent himself warned the Council that the mini roundabout on Bradshaw Street (which deprived buses of an easy bus station exit) would be a problem. 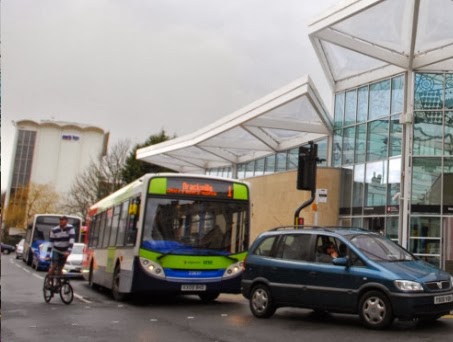 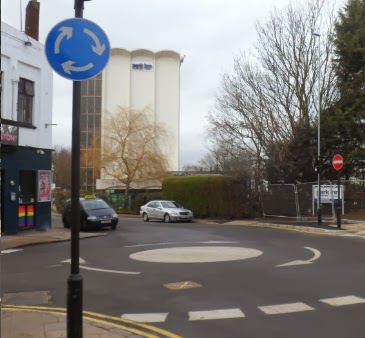 The offending article was painted out in the early hours of Tuesday. 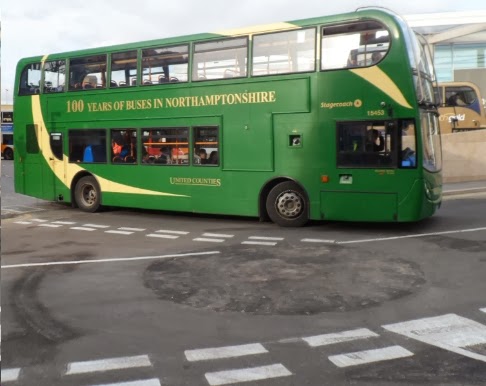 Apparently, with dozens of police, council staff, traffic wardens and the man with the placards ... 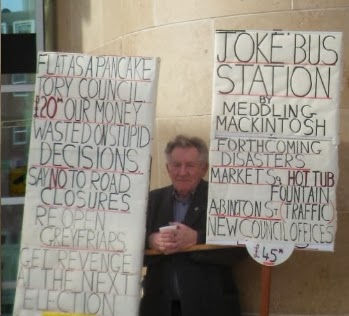 Back to the leaflets - and the question, as in the blog heading? Which of the two, company or council, has the best interests of the the passengers in mind?
-----------------------------------------------------------
PLEASE NOTE
fbb has experienced substantial problems with his computers, email, blogging and tight underwear. Everything (especially the underwear) appears constricted, slow and at times inoperable. The fat and frustrated one has rammed this and the previous blog into the ether using a lump hammer and small charges of dynamite.