Until the mid 60s, fbb lived in Little Billing, a tiny village just off the A45 to the east of Northampton; here, in fact:- 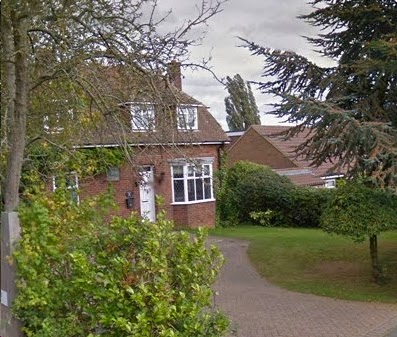 Under a major development scheme, the town expanded and swallowed the village which had changed only a little since the 1930s. 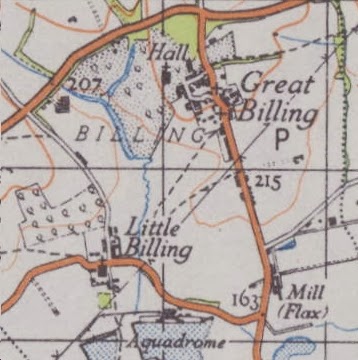 Long term residents were in for a shock! 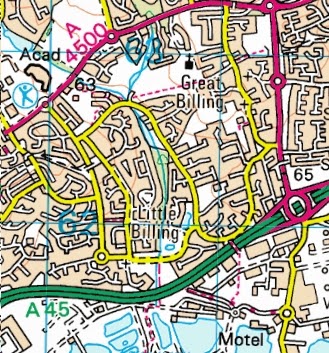 After the parents died, return visits have been minimal. So today fbb is off to experience the new North Gate bus station in all its too-small wonderment. Within the same schedule, a stop-off is planned at Milton Keynes to ride on the all-electric bus.

Plan A was to drive to Taunton, thence Cross Country Trains to Birmingham and on to Northampton courtesy of London Midland. 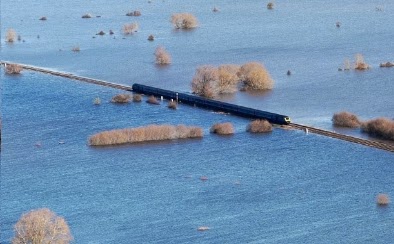 But Somerset is SomerWet! Plan rejected! Back to the slower route.

Plan B: from Axminster to Waterloo; a quick dash across the Capital, and London Midland onward.  Day return fare (with old codger's card):- 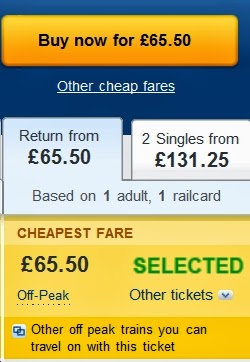 But, hang on a sec. What about that SouthWest Trains special offer?

That gets fbb to Waterloo. How about a cheap fare from Euston to Northampton?

Useless. Why can't National Rail redesign it and then replace the old electronic ooh-jah with the new one. That would be helpful. But, obviously far too revolutionary! Try the journey planner ... 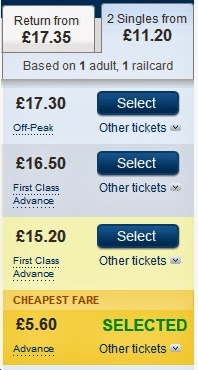 fbb asked for return but five of the six fares offered above are singles. The cheapest single fare (unavailable information as the site is being redesigned?????) is, as you would expect, at an unsuitable time. But £17.35 plus £10 is £38.15 cheaper than the through fare. Cross-London by bus is free for the old man, so, as a result of hours of diligent research, we are now primed to go and buy the tickets.

The obvious opportunity was on he way to or from Taunton as per yesterday's blog. Seemples. 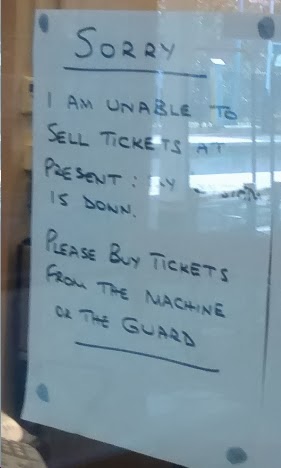 Not seemples! Axminster Station was bereft of ticket issuing facilites from Monday thru' Wednesday (as we are encouraged to say in these linguistically sloppy times).

Now that would not have happened with Edmondson tickets!

Thomas Edmondson, a trained cabinet maker, who became a station master on the Newcastle and Carlisle Railway in England. 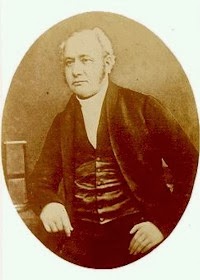 He introduced his system on the Manchester and Leeds Railway. Previously, railway companies had used handwritten tickets, as was the practice for stagecoaches.

The tickets were printed on card cut to 1 7⁄32 by 2 1⁄4 inches (31.0 by 57.2 mm), with a nominal thickness of 1⁄32 inch (0.79 mm). The whole system, from printing to bulk storage to ticket racks, dating and issue, was based on these measurements. British Rail's centralised paper and printing centre at Crewe had a number of pre-1900 Waterlow printing presses which met its annual demand for 320 million tickets. 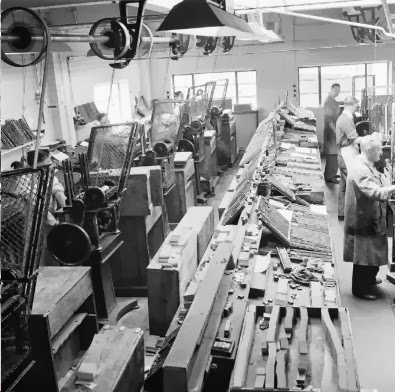 The last press was switched off in 1988 and the use of Edmondson tickets by British Rail ceased in February 1990.

But with modern technology "the lads" could do nothing. They don't even have paper pads of emergency tickets any more. But fbb has a suggestion. 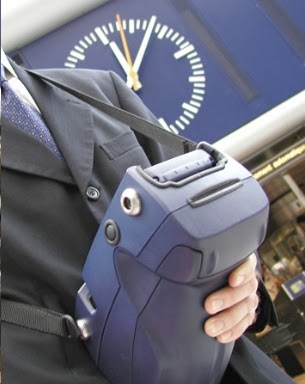 You have ticket collectors on most of your trains. They have machines a bit like the one above. They issue tickets! Next time the system at Axminster goes on the blink, use a portable machine. No charge from fbb for management expertise!

Of course, fbb could have ordered his tickets in advance and got them from the machine. But not he £10 special, of course. So it was a second trip to Axminster yesterday and success all round. 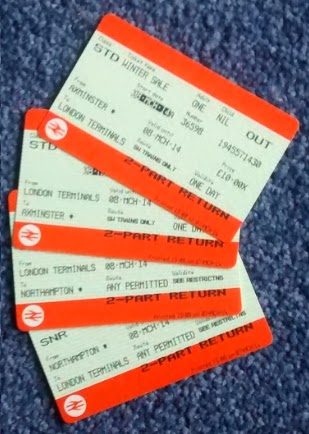 And thus the blog was finished at 1650 yesterday. fbb felt it wasn't one of his best; lacking that distinctive something which sorts out the ordinary from the ridiculous!

Until the phone rang.

Is that Mr XXXX, Mr X X XXXX? This is Axminster Station here. Were you here earlier buying rickets for tomorrow for a journey to Northampton?

Well we have your debit card which you left in the machine.

Gibbering and effusive thanks from fbb; and a query, "How did you find me?".

I've been trawling through the phone book; you were my last hope.

[fbb with much smacking of gob] You're just about to close, aren't you?

So fbb zoomed back from Axminster to Seaton and knocked on this very door ... 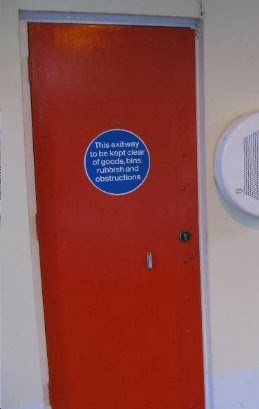 ... and out popped the very nice man who, a month earlier, had been so helpful to Mrs fbb when she discovered that her train did not exist. The very very VERY nice man is ... 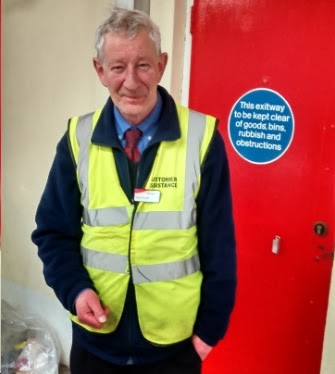 But there is a tailpiece. fbb asked the helpful Bob if he would allow his picture to appear on this blog, especially as there is a trend to suspend (or even sack) railway staff who are over-helpful to the public!

Hmmm, you write a transport blog, then.

Yes. [fbb expecting a polite "no" to the photo request]

And do you write under the name of the fat bus bloke?

It turns out that Bob has a chum who sends him assorted stuff that mentions Axminster; including appropriate posts from your rightfully relieved rotund writer.

**Nurdle : a word used by fbb in his youth to describe a tour of anywhere by a succession of buses and occasionally trains.


Next bus or rail blog : Sunday 9th March
Posted by fatbusbloke at 02:00