... but, to be pedantically wrong, fbb has realised that the bus station, as delivered to the town, isn't too small at all. IT'S TOO BIG! From stand 1 to stands 18 and 20 at the bottom of The Drapery is roughly a quarter of a mile. 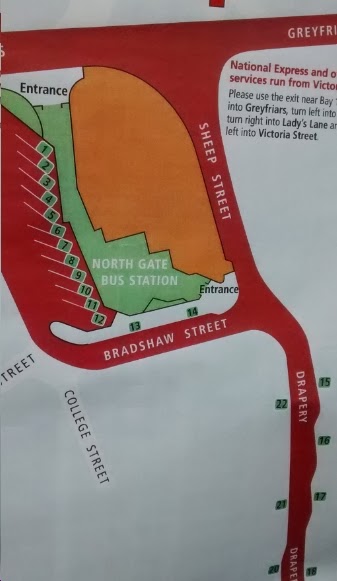 It's almost as far in the other direction to the lavish facilities for National Express. 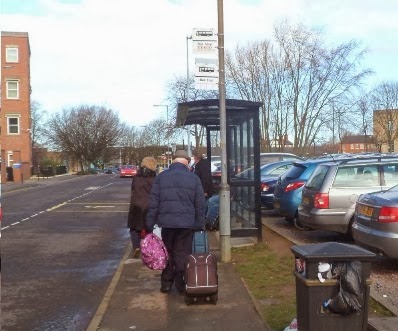 The bus station is nearly half a mile long. That's some bus station! So big that some people might have difficulty finding bits of it. 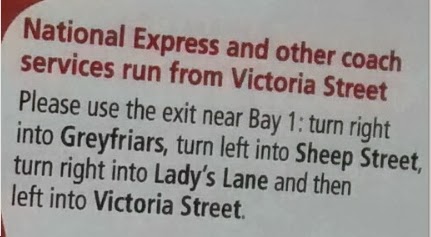 There are no other signs en route.

But come with fbb as he makes his creaky way from Northampton Station. First, he ascends the north face of the eiger temporary footbridge. 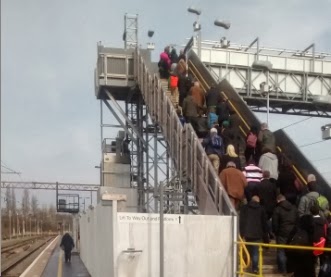 There is a lift, visible here rising from the white boarded area. It sounds as if it powered by steam with somewhat disturbing creaks and hisses. 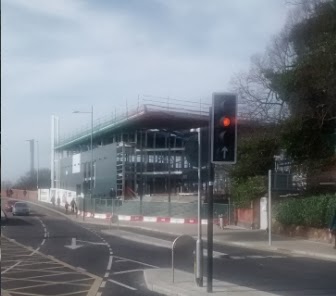 The new station building is coming along nicely, but "the lads" are waiting for a bit of meccano to join the new building to the national rail footbridge kit. 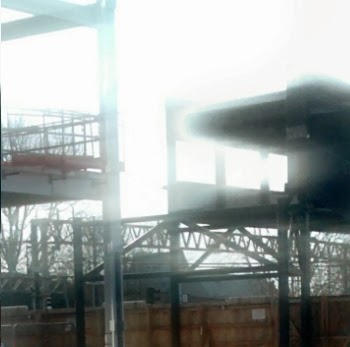 By the way, don't bother to use the National Rail web site to plan your escape from the station. It is utterly, completely and incompetently out of date. 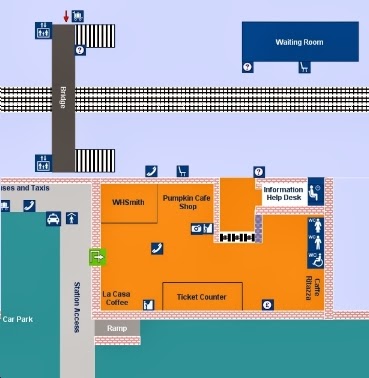 Assuming you do escape (well done!), you then have to find the bus stop for the short trip to town. There are no direction signs and it is, as you can see, very obvious. 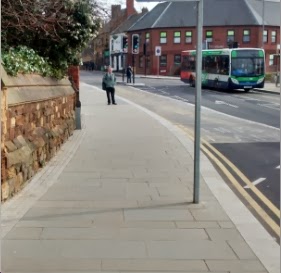 That bus is leaving town. The "person" is waiting at the stop for a bus into town. Note the clear bus stop pole with its distinctive "flag" and the shelter (well hidden round the corner). 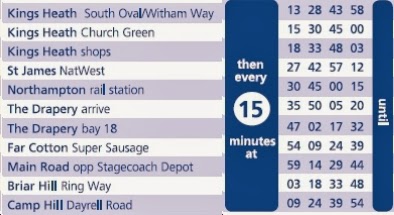 The route runs via Marefair and Gold Street, and as the bus swings round into the Drapery, a couple stand up and ring the bell. They would like to do some shopping; they would like to get off at the shops. 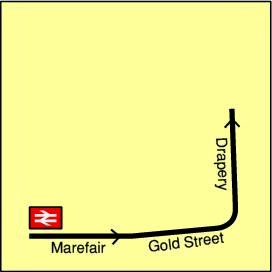 But we sail serenely past the shops without stopping; much to the confusion of the standing twosome. We continue up Sheep Street, left into Greyfriars and left into the bus station. Goodie, we can get off here and walk down, think our naïve travellers. 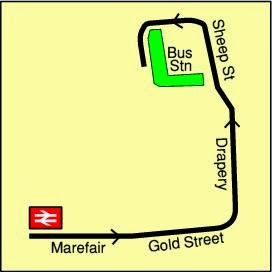 But we zoom past, turning left into Bradshaw Street and back right into the Drapery. Passengers are eventually allowed off at stand 18 back at the bottom, where we were a couple of minutes earlier; OR if there's a repeat of Black Monday, up to 40 minutes earlier! 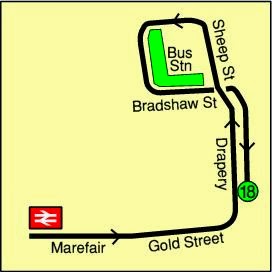 In fact, so great is the fear of another "embouteillage" that the Borough Council has issued the Law of the Medes and Persians that nothing will stop, unload, load; nothing will stray from the Grand Plan, however inconvenient it may be for the passengers. 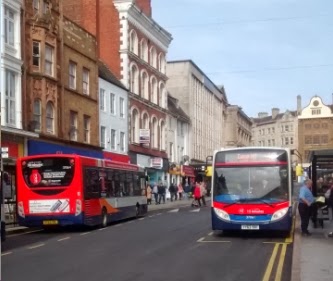 But there's more. Many routes used the stop in the Drapery after leaving the old bus station. Now they are banned from so doing ... 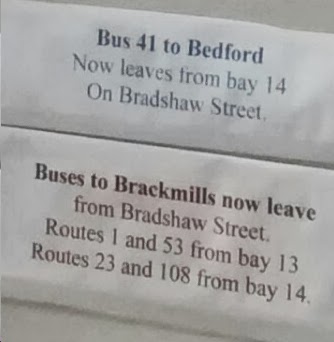 ... and folk have to stamp up the hill to the new bus station. Of course people will get used to it (or buy a car or move to Milton Keynes), but many will miss that dry corridor direct from the shops to their stands. And one final grouse (until tomorrow's blog) ... 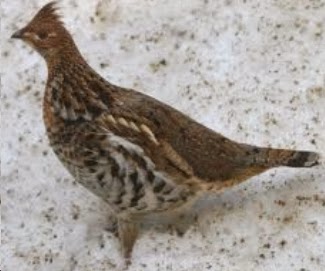 Because there is only one stop per service in the whole of the town centre, queues build up rapidly; in the case of the Drapery, blocking the pavement for anyone else. 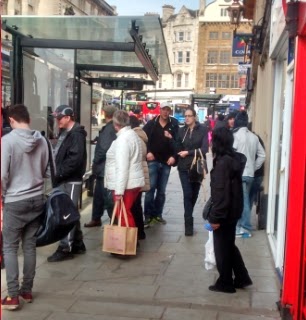 Interestingly there has been a change in the outpouring of soundbites from Northampton's favourite Council Leader, Mr Tosh (ignore the Mackin!). In the early days, when wide-eyed optimism prevailed at a political level, talk was about easy interchange in the new station. Oddly (?), in recent weeks, the word *nt*rch*n* has slipped from the memory of those in charge

And talking of *nt*rch*n*, what is this that just caught fbb's eye as he observed the happenings last Saturday? 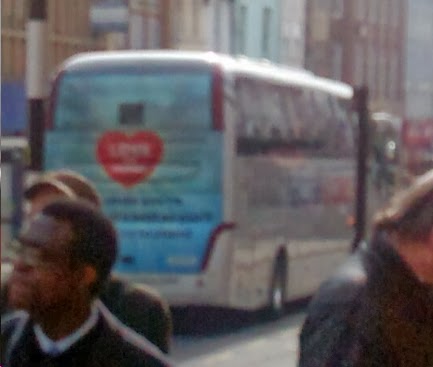 It's a National Express service, travelling south from the town having left its lavish terminal (ha, jolly ha!), having driven past the bus station entrance and pictured zooming past all the Drapery stands whence its customers may have trudged for up to (nearly) half a mile to *nt*rch*n*. Councillors are "wondering" whether they can find space for National Express "on one of the roads nearer the bus station" - good luck with that, folks!

Tomorrow, in our very final last word (possibly), we will enjoy a tour of North Gate's lavish facilities; "something for Northamptonians to be really proud of", according to a certain Councillor.


Next bus blog : Wednesday 12th March
Posted by fatbusbloke at 02:00