fbb likes to think that his knowledge of the geography of mainland Britain is pretty good. Working for a number of years on the Great Britain Bus Timetable must teach you something. He has lived in Devon for just 10 months so is somewhat wary of opening cake-hole and filling it with a foot. But, once again, the odour of ratus ratus wafted over this story from the current edition of Rail magazine. 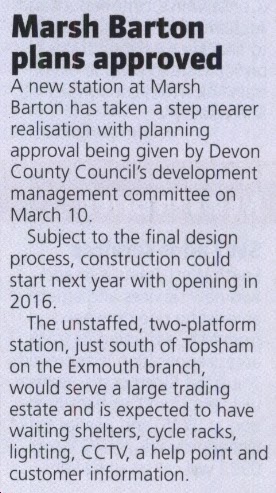 Topsham is to the east of the River Exe, south of Exeter. 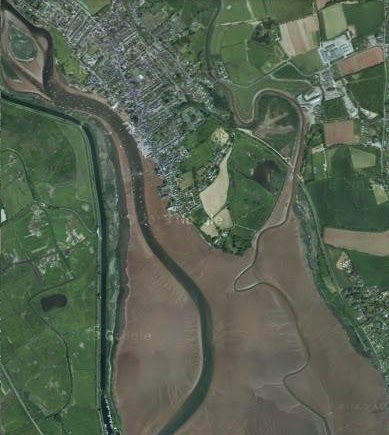 South of the village are some fields and a vast swathe of estuarial mud. The railway line to Exmouth curves across the tributary (River Clyst) in the top right hand quadrant of the aerial view above. There's not much sign of a "large trading estate."

But, on the other side of the river, a little further north, there would appear to be lots of sheddy things, lots and lots and lots! 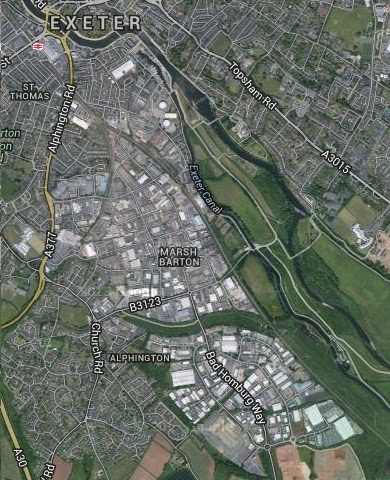 And, according to Google Maps, the ultimate authority on world and cosmic cartography, at least half of them are called Marsh Barton. So it appears that Rail's journalistic geographical knowledge is not of the best; doubtless yet another bonus of SATS tests and the national curriculum. 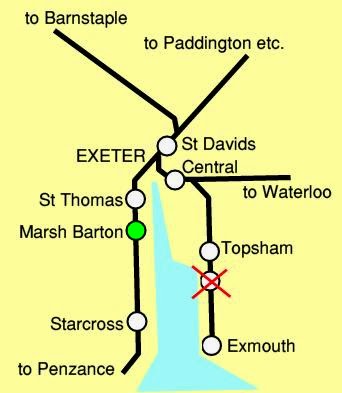 fbb cartography to the rescue!

Marsh Barton is Exeter's largest trading estate. There are over 500 businesses trading here including car dealerships, builders' merchants, tool and plant hire. Marsh Barton is about 1 mile south of the city centre with quick and easy access to the M5, A30 and the A38 Expressway via the Exeter Ring Road. The Matford Park and Ride bus service links the Marsh Barton Trading Estate to the city centre.

Once upon a time Exeter Corporation bus route A ran to Marsh Barton Road ... 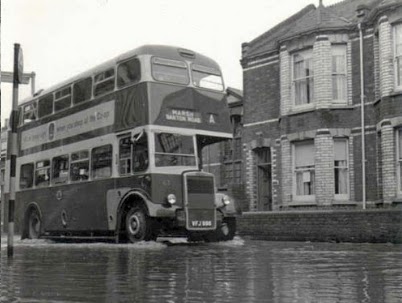 ... whilst its modern successor, still the "A", loops round more recent development at Alphington. 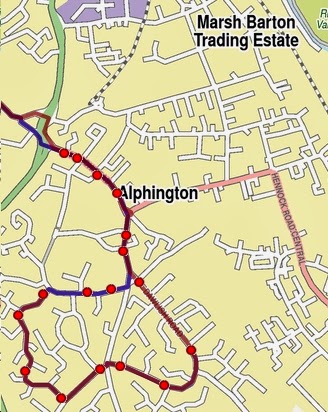 The trading estate was developed in recent history on low lying marsh land (there's a clue in the name!) bisected by the Alphin Brook (aka Nadder Brook). 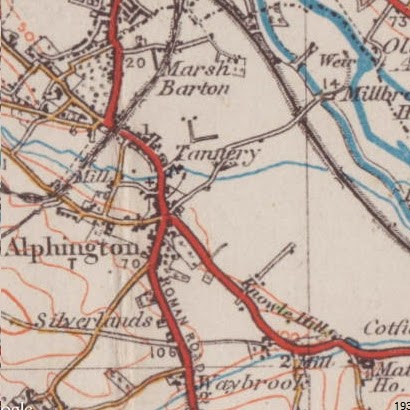 The railway line via Alphington (upper left, above) is one of the impractical alternatives suggested for avoiding Dawlish! The track bed has been obliterated by Sainsburys car park, but used to cross Alphington Road here; which is why rebuilding this route is a non starter. 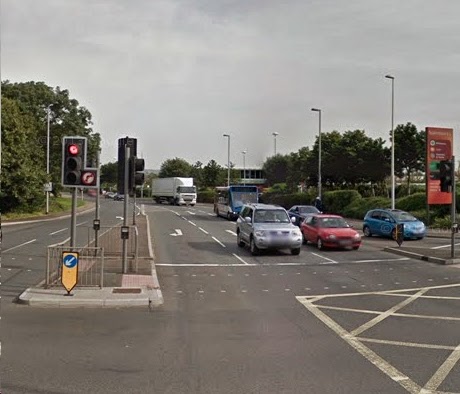 The spine road of the southern (and newer) chunk of the estate appears to celebrate an ill-fitting felt hat ... 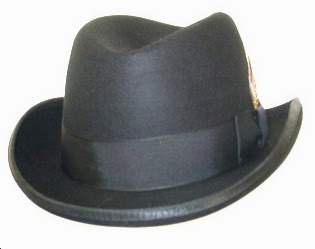 Bad Homburg is the district capital of the Hochtaunuskreis, Hesse, Germany, on the southern slope of the Taunus, bordering among others Frankfurt am Main and Oberursel. The town's formal name is Bad Homburg vor der Höhe (translated as "Bad Homburg in front of the height") to distinguish it from other places of the same name. The town is best known for its medically used mineral waters and spa (hence the prefix Bad, "bath"), and for its casino. 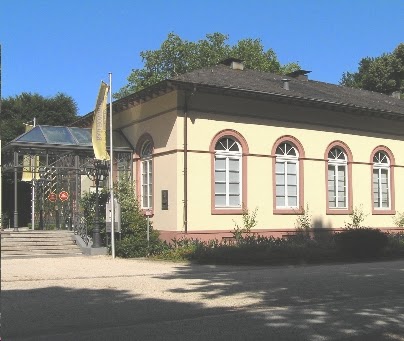 Today, Bad Homburg is again one of the wealthiest towns in Germany, in part thanks to its vicinity near Frankfurt, as many of the directors and employees of the Frankfurt banks live in Bad Homburg.

Clearly an excellent match for Exeter as a twin town.

What happened on March 10th was a decision by a Council sub-committee to approve a go-ahead for the new station. Practicalities, financial and constructional, seem to be some way off, despite the optimism of the Rail report! 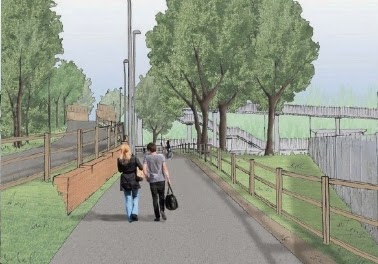