Directions to "Foller" to get you to Sóller [4] 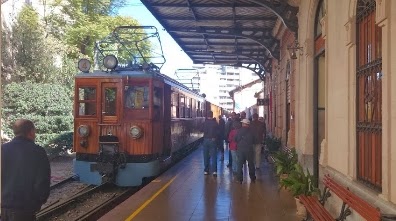 No 3 son is taking a ride on the train from Palma (Majorca) approximately 14 miles approximately due north to Sóller. The line is quaint with old stock and survives almost exclusively on tourism. The arriving loco runs around its train and is soon ready for departure. The line is worked from the Sóller end, so mostly, the station is deserted ... 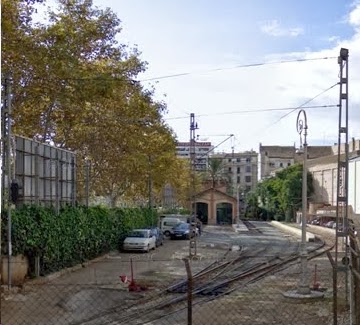 ... with frenetic activity associated with the four arrivals and departures. 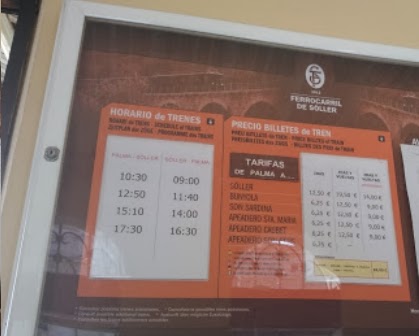 Anyway, the train sets off promptly and immediately springs a surprise ... 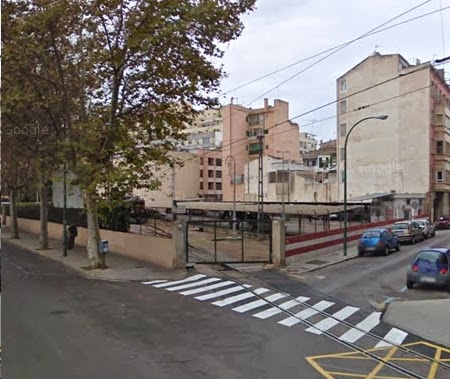 It runs down the street! 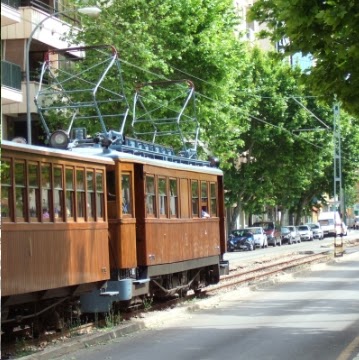 Sometimes it has kerbstones to separate it from other traffic, but often it runs down its own trainlane. This unusual and unhealth'n'unsafety feature continues to the outer suburbs where this little tourist antiquity has an interchange with Palma's Metro Line 1. The Sóller line station building (not in use) stands by the roadside ... 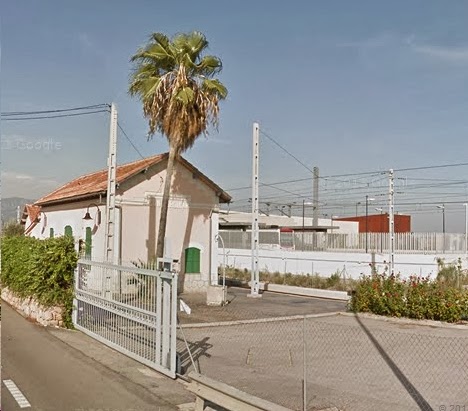 ... and behind it you see the more splendiferous metro platforms. 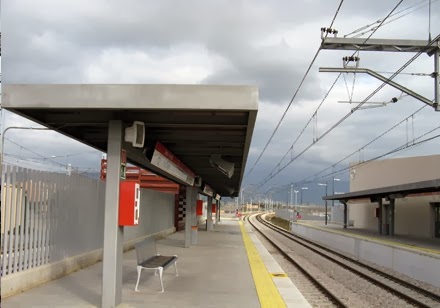 This station, Son Sardina, is almost in open country and located just  before the new line climbs over the old line and a busy road to reach its terminus at the University. 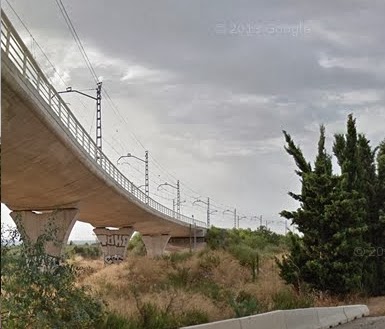 The Sóller train trundles on through uninspiring scrubland until it reaches the mountains. The engineers of the early 20th century knew a thing or two (or the engineers of the late 20th century copied them!) because the rail tunnel follows almost exactly the line of the new road tunnel. At "Jardins d'Alfàbia" you can see the old road wiggling. the toll "plaza" for the tunnel and, at a lower level, the little railway disappearing alongside the toll-gate shelter. 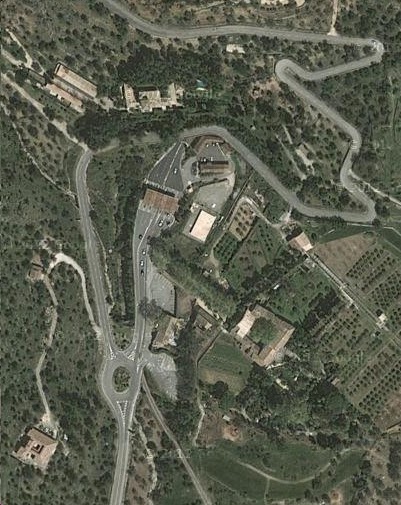 It is on the other side of the tunnel where things become much more picturesque. No 3 son has sent a few hurriedly snapped shots out of he carriage window. But the views are gorgeous, especially in the Mediterranean sunshine. 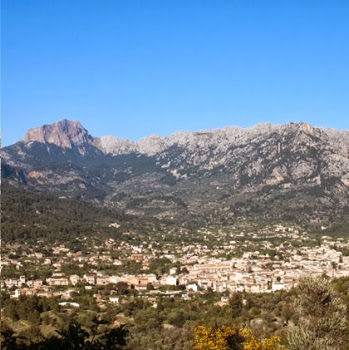 Sadly a few blog snippets cannot do justice to the experience; and all too soon the train pulls into Sóller itself. Here we will find the railway's depot ... 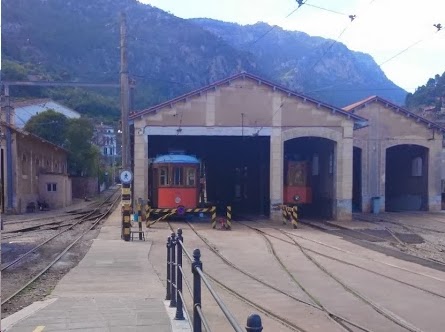 ... and (above) tram depot. The tram for the Port sets off down the single track to the left.

map has been rotated : actual orientation is north-south
click on map for enlargement

No 3 son didn't ride on the tram but did drive through Sóller in a hire car. His meeting with a tram is repeated by other drivers and pedestrians on this YouTube video which captures the tram ride perfectly. 9½ minutes of pure delight!

Tomorrow, we conclude our Majorcan meanders by taking a quick glance at the Metro and "real" trains plus a lesson on "How to Bury a Station".