Directions to "Foller" to get you to Sóller [3]

Son has been promoted to a professorship, much to his surprise! Sadly, only by the "Times" reporter and not Oxford Uni! 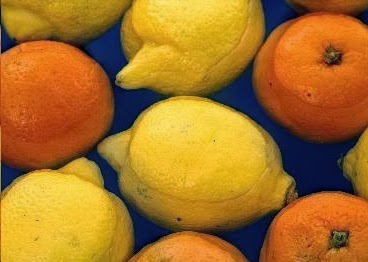 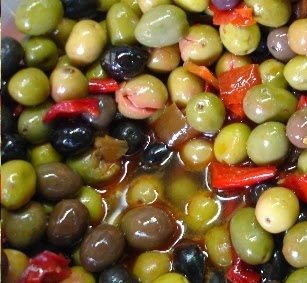 fbb will eat an olive, if pressed (fbb pressed, not the olives) but does not really find the subtle taste of old socks particularly attractive. But the sharp tang of any citrus, bring it on! (as they say). And the railway beween Palma and Sóller (on Majorca) was built on the profits of Mediterranan orchards.

Pre-railway, in order to travel to the capital (Palma de Mallorca), it was necessary to take a stagecoach and cross a high mountain via the Sóller pass, or Coll de Sóller, a steep, narrow dirt track which was exhausting for the draft animals. 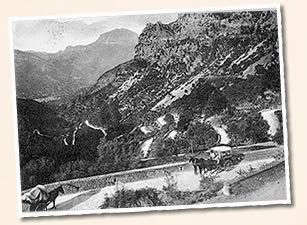 It was a citizen of Sóller, Sr. Jerónimo Estades, a provincial parliamentary representative and businessman ...

... who echoed the inhabitants of Sóller’s desire to set up a Palma-Sóller railway that would pass through Valldemossa and Deyá, a near equivalent to todays coastal bus route 210. But this as rejected  being too expensive.

Later, in 1903, the industrialist Juan Morell proposed the building of a direct Palma-Sóller railway which would pass under the Sierra de Tramuntana mountains in a tunnel. 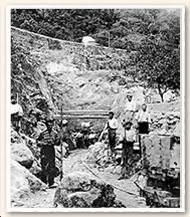 The official inauguration took place on 16th April 1912, with locomotives no. 1 "Sóller" and no. 2 "Palma" pushing and pulling the inaugural convoy ... 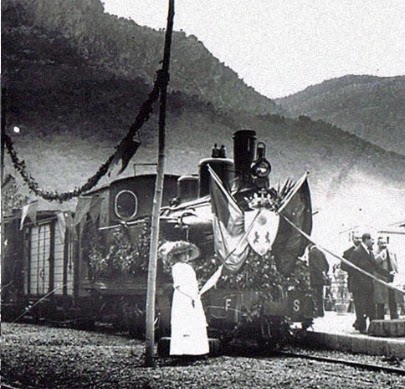 ... whilst no. 3 "Buñola", awaited the arrival of its counterparts in Sóller. 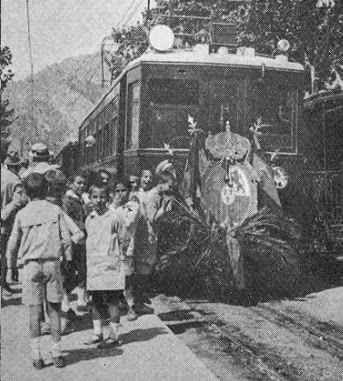 ... shows that the main intermediate station is Bunyola ... 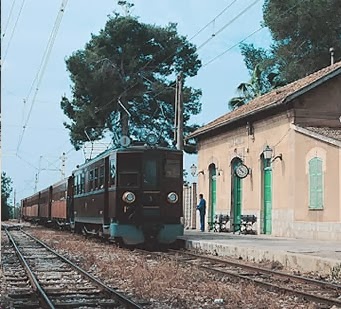 ... but there are several halts (Apeadero) and a Mirador ("gazebo" in Spanish, but, more helpfully "viewpoint" in Catalan, the local lingo, according to Google Translate). 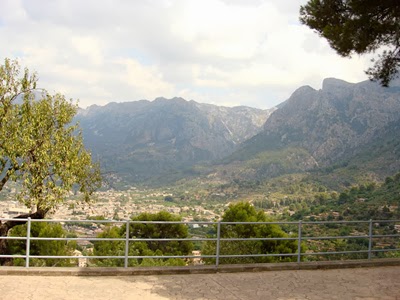 The viewing point has been an obligatory stop for the ‘Panoramic’ trains since 1912 and offers passengers unbeatable views of the Sóller valley and the Sierra de Tramontana mountains. It lies on the stretch of line between the ’Túnel Major’ ... 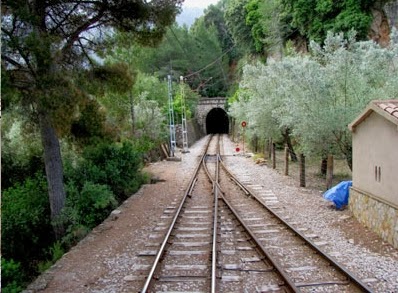 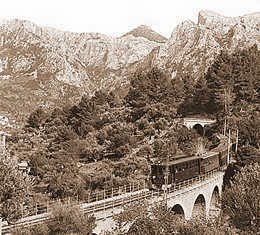 Whatever the original reasons for building the line, it is now sustained almost entirely by tourism. And it was as a common (or garden) tourist that fbb's No. 3 son travelled on this "facsinating" train a few weeks ago. But (shame on him) he didn't ride the associated tram route!

The railway terminated at Sóller, situated about 3 miles inland from the sea and from the port from where the fruit was exported. So having built the railway, the company added a tram link from town to port, which service opened in 1913. 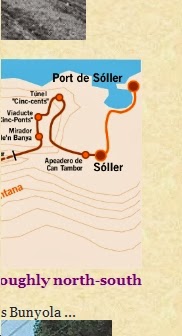 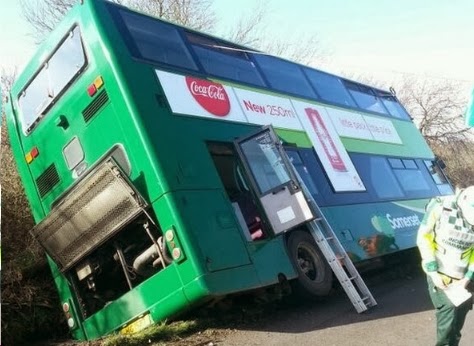 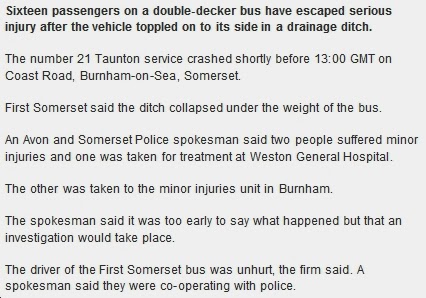