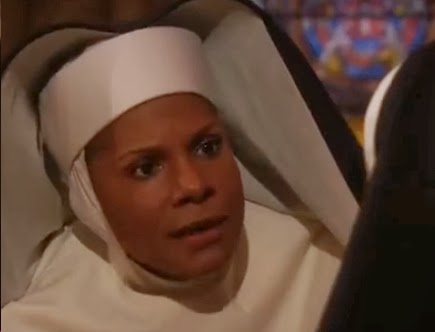 It was Mother Superior, who, in a special production of "The Sound of Rainfall" ... 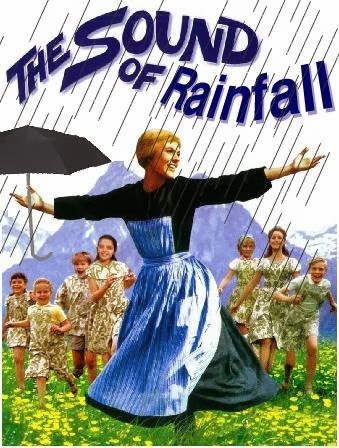 ... (the story of the von Trakk family), sang these memorable words. 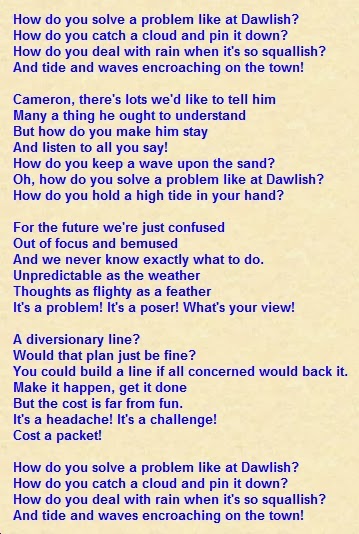 The West Country may be open for business ...

... but bring your wellies!

The floods may have been graced by the presence of a parade of pontificating politicians but, all are agreed, something MUST be done. Clearly the urgent option is to get the line repaired and operating. A long line of containers filled with rock and shingle has been laid along the public walkway to protect the site. 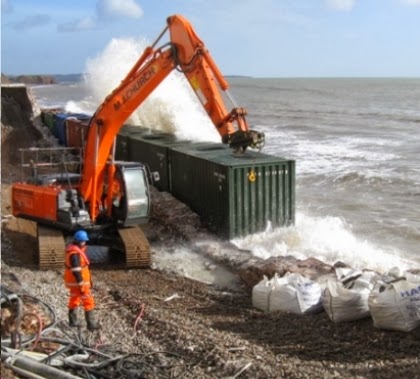 This will allow the retaining wall to be rebuilt. Then all that's left (all?) is to fill the hole, relay the track, rebuild the station and replace damaged signalling. Back in Brunel's day this would have involved a small army of men with shovels and wheelbarrows. The work would have probably taken less than a week!

But now, there is pressure to make long term alternative arrangements. 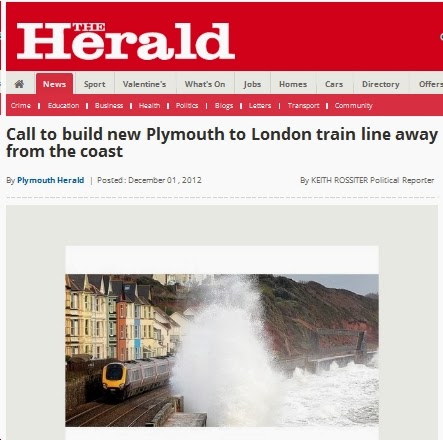 So let us look at the options available. Two pieces of re-opened railway have been proposed. Here is the first in this category:- 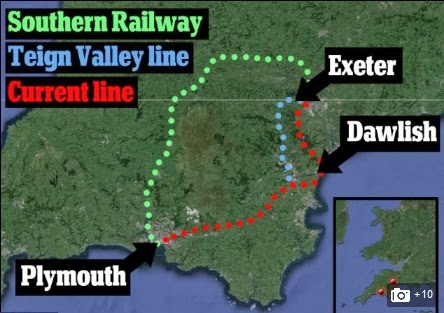 Like many Devon rivers, the Teign rises on Dartmoor; its source is near Teignhead Farm. 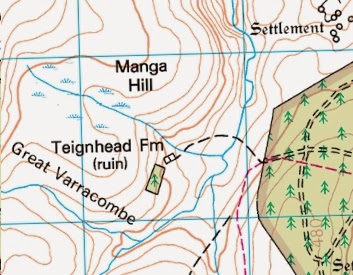 Its eastbound course on the moor is crossed by a clapper bridge near Teigncombe (a farm approx. 3 km. W. of Chagford), just below the prehistoric Kestor Settlement. It leaves the moor at its eastern side, flowing beneath Castle Drogo in a steep-sided valley. 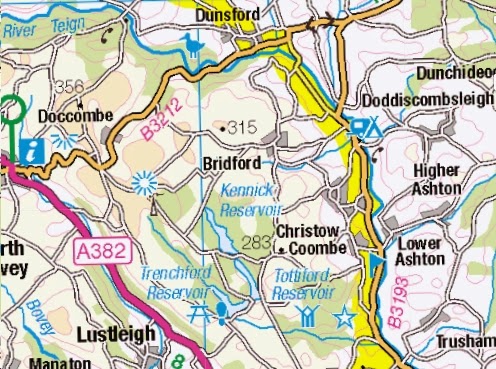 From Dunsford it then flows southwards at the eastern edge of the moor. The river becomes tidal at Newton Abbot and reaches the English Channel at Teignmouth. 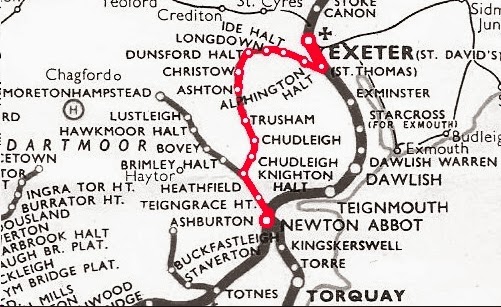 The single track Teign Valley railway ran west from Exeter to Dunsford Halt (some distance from Dunsford itself and near Farrants Farm top right on the map below) where it, too, turned south towards Newton Abbott, joining its eponymous valley at Leigh Cross. 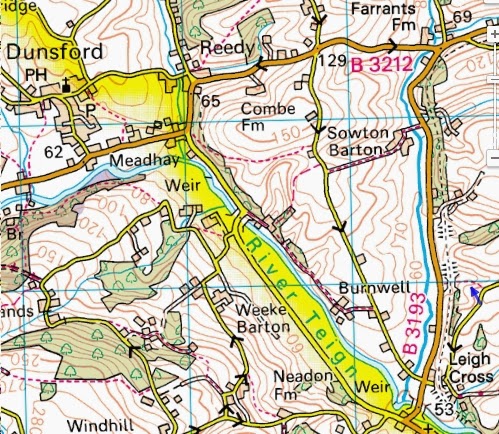 Most of this little line closed in 1958, but at the site of Christow Station (off the map, bottom right) ... 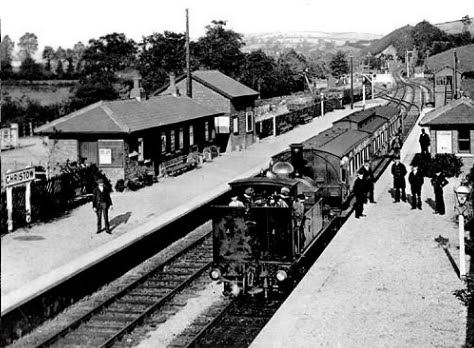 ... a small preservation project is in progress. 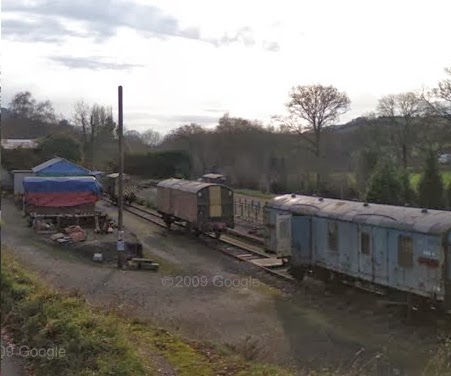 Here, from time to time, you can enjoy a little trundle along a bit of track in this:- 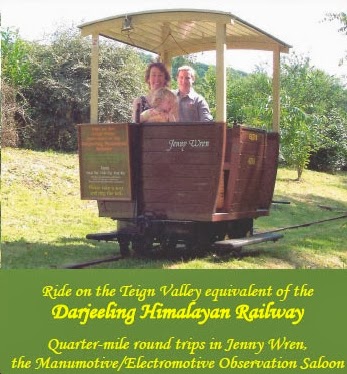 Now that is a bit "different"!! And (here) a link to a delighful piece of BBC archive film shot in the last year of the line's operating life.

But, we must return to the challenge of finding a long-term solution to the Dawlish problem.

Is it likely that Network Rail, The Government, Devon County Council and an eruption of innumerable nimbys would countenance re-instating this line, easing all the wiggles and converting it to double track as a viable replacement for the present coastal route?

NOT AT ALL LIKELY! As the adage goes, a certain hot place would freeze over before an Intercity Express Project unit speeds through Christow.

So we must look elsewhere, firstly to plans from the Great Western Railway company to build a Dawlish by-pass.

Next Rail blog : Friday 14th February
Posted by fatbusbloke at 02:00