Who are ooh-AR in AB?

The first bus company in the world to bring its seatbacks to life! 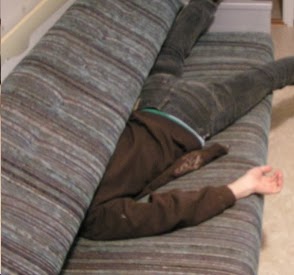 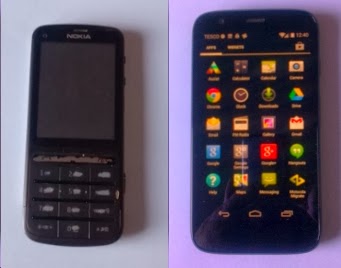 The old one (left) was getting a bit battered and then the touch screen went funny. This meant that you had to press the screen one button to the right of the one you wanted. Sadly the problem did not wrap around and so the right hand functions became impossible to, well, function; except at arbitrary moments when everything worked correctly. This was a strain on fbb's brain.

Now he has a new phone (right) which is an even bigger strain on the brain.


So far, fbb has sent unintelligible txts (e.g. "Shuh") to mystified chums, taken many pictures of the inside of his pocket, and, impressively, taken 10 pictures in quick succession of the kerb outside fbb towers. He has even managed to get two identical analogue clocks on the "home" screen showing exactly the same (correct) time. He can't get rid of either!


Technology rushes on much faster than old codgers can assimilate. But, with the help of No. 3 son (phone), trucker chum David (txt) and an old lady at the Church jumble sale last Saturday (face to face), your chubby blogger is making slow but steady progress.

But here's new way if using this stuff!

Local bus operator, First Aberdeen, is thought to have become the first bus company in the world to bring its seatbacks to life using the latest "augmented reality" technology. Customers, using their smart phones or tablets, can scan vinyls on the backs of seats to view interviews with First Aberdeen staff, learn more about services, surf the net or even book tickets for the theatre.


First has implemented the ground-breaking initiative on its Platinum Service 19 buses ... 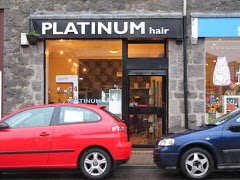 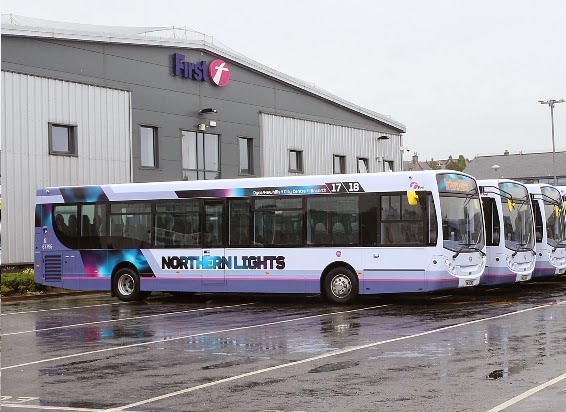 ... 35 vehicles in total, all of which feature free wi-fi for customers.

fbb's last journey by plane was probably with a company called "Wright Brothers", but blog readers who regularly jet across the oceans will recognise this ... 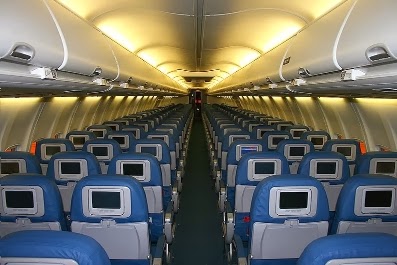 ... seat back in-flight entertainment. Something similar has been on offer on First Great Western trains.


Transform Your Journey : Let us entertain you in the Entertainment Carriage in Coach D on all High Speed Trains. The world’s first on-train video-on-demand TV system is free, easy to use and packed full of fantastic content. Choose from the latest comedies, drama, documentaries, children’s programmes and sports. 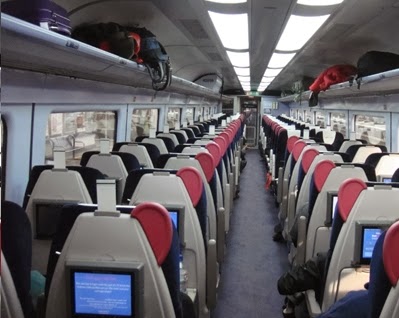 The FGW "service" is provided by  fellow Scottish company called ...

... which offers a selection from the following:- 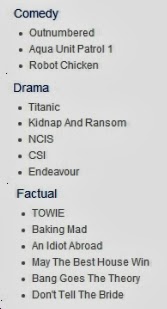 fbb can't wait for the Dawlish repair to be completed in order to watch "Robot Chicken" instead of enjoying the view from the window on a run from Exeter to Plymouth.

But this is on buses in Aberdeen. 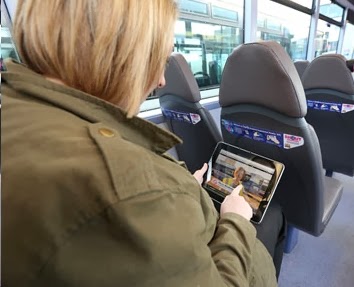 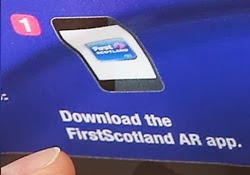 fbb hasn't even begun to think about that yet; whatever it means.

Then you point your device ... 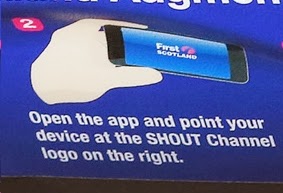 ... which sounds a bit unpleasant. But here's the "logo on the right". 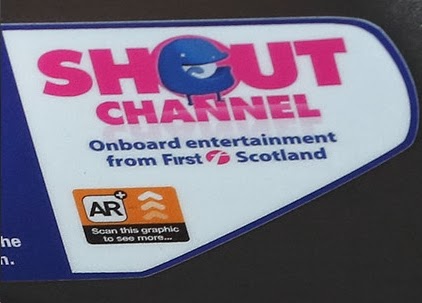 The you wait for the surprise 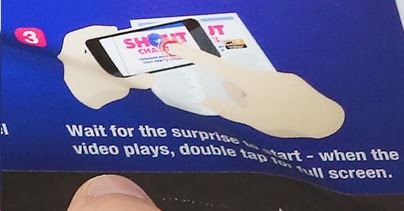 Our announcement today demonstrates that we are at the forefront of new technology. Our new "Augmented Reality" feature brings our seatbacks to life and makes bus travel that little bit more interesting, enjoyable and useful for our customers. We believe we are the first company in the world to use this kind of technology.

So what is "The Surprise"?


The cutting edge technology is incredible. It's amazing that our customers, by using their smart phones or tablets, can watch specially recorded interviews with First staff and learn more about our services. The new technology allows customers to book a trip to the local theatre and watch high quality video trailers of some of the blockbuster West End shows coming to Aberdeen - including Ghost The Musical and Wicked.

Yes Siree! You can use all this super-swish and incomprehensible technology to watch advertisements. Now what a splendid idea!

The company providing this intrusion service is called "oo-AR." [Run by pirates or based in the West Country?] So, for the benefit of our many readers who can't wait to get wifi-ed up to this, here's the exciting oo-AR promotional video.
fbb is afraid, very afraid.

His new phone is by Motorola which is owned by Google. The phone makes most of fbb's decisions for him; even locking on to his domestic WiFi without asking! The fear is that one day, in the not too distant future, Google will simply take control of everything and just by switching on your "device", you will be bombarded with "oo-AR" not-quite-sub-liminal commercial brain washing. 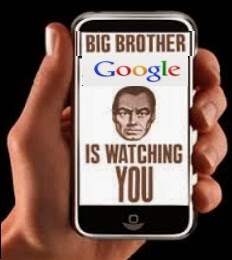 P.S. fbb has now made a successful phone call!

Next bus/rail blog : Sunday 23rd February
Posted by fatbusbloke at 02:00