Dawlish Disruption - Nothing New Under the Sun RAIN!


The wind blows south, the wind blows north - round and round and back again. Every river flows into the sea, but the sea is not yet full. The water returns to where the rivers began, and starts all over again. What has happened before will happen again. What has been done before will be done again. There is nothing new under the sun. The sea wall at Dawlish will fail again and again.

Thus wrote the author of the Bible book of Ecclesiastes in an occasionally depressing review of human existence without the presence of God. Observant readers may spot a small snippet of fbb editorial adjustment!

This is a very early (1855?) picture of the western portal of Parsons Tunnel west of Dawlish. 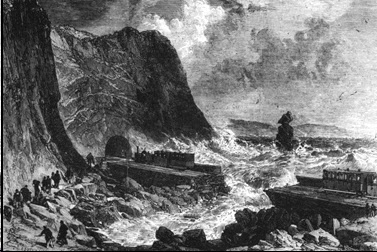 This is the same site today. 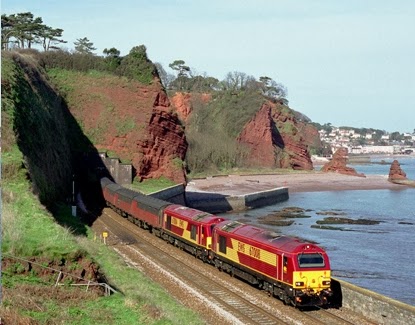 We must allow a little leeway for the artistic exaggeration of the engraver (note the height of the rock pillar, right) in pre-photgraphic times; and the idea of a train split in two is fanciful, BUT ... 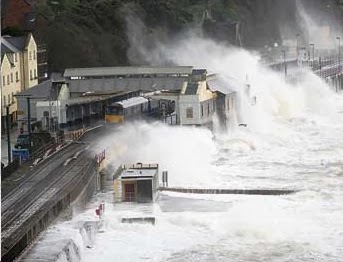 ... it reminds us that weather bother is nothing new along that stretch of coast. This equally fanciful engraving shows a major landslip near Teignmouth in 1852. 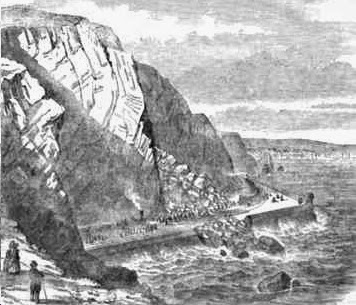 So we see that wind and wave wildness are, indeed, nothing new.

Another engraving in 1870 reminds us that big waves always have been commonplace along this exposed stretch of line, 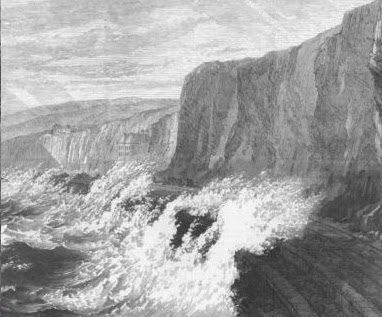 If it has always been bad, why build the line in the first place? 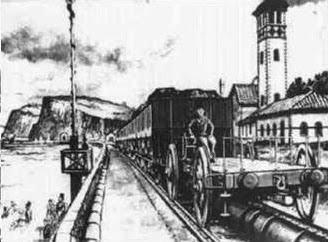 The South Devon Railway was amalgamated into the Great Western Railway on 1 February 1876 and the gauge converted to the standard 4 feet 8½ inches after 20 May 1892. 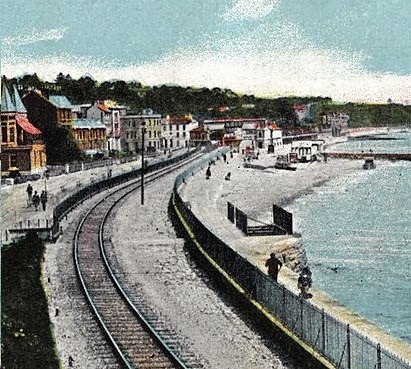 The engineers who built the line and the future management of the Great Western Railway [GWR] were no fools. A route round the coast offered a level run (trains don't like hills) with no big tunnels or cuttings to construct. The potential revenue from travel to seaside resorts was a vital feature in the planning and finance of the line. In may ways, it can be said that the GWR invented the traditional week's holiday by the sea, complete with bucket and spade and sticks of rock!

To encourage day trips even more a station was opened at Dawlish Warren in 1904. 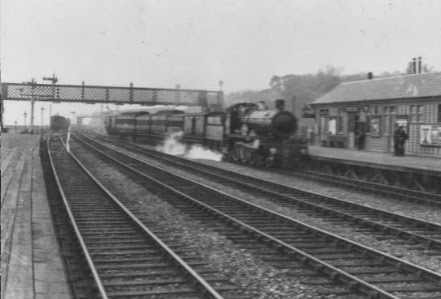 Dawlish Warren is a small seaside resort near the town of Dawlish in Teignbridge on the south coast of Devon in England. Dawlish Warren consists almost entirely of holiday accommodation and facilities for holiday-makers especially caravan sites. 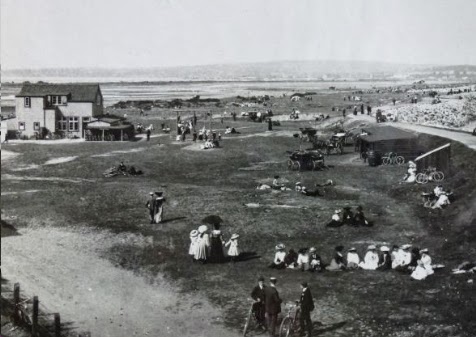 Whilst mass rail travel to holiday resorts is at a much lower level that in the "good old days", plenty do still use the line and its sea side stations today.

The late 1800s business plan was right then and remains valid (but at a different level) today.

Which all makes suggestions to re-route the line inland (and away from danger of demolition) both controversial and expensive.

But dealing with stuff like this is challenging in the extreme. Have a watch of 6 miutes of Dawlish weather.
We will look in more detail at alternative route proposals later in the week.

Meanwhile, tomorrow, fbb reports on last Thusday's visit to Taunton to assess First's very un-First revamp as "The Buses of Somerset" and/or "The Buses of Taunton". 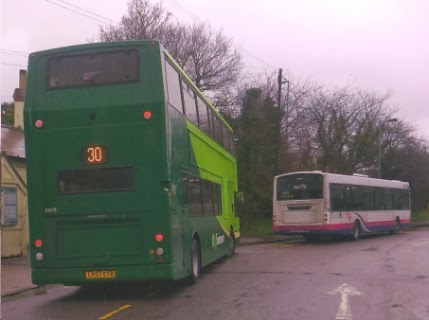 It rained all day! 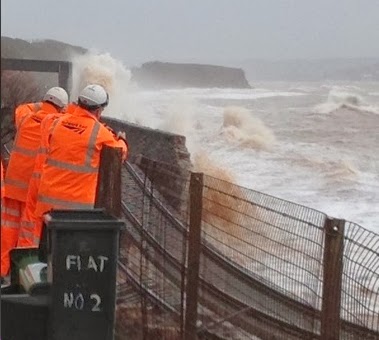 "A large hole has appeared in the railway at Dawlish. Network Rail are looking into it."


Next bus blog : Monday 10th February
Posted by fatbusbloke at 02:00