The town name is an Old English language word, and means 'Wulfhere's estate'. It was recorded in the Domesday Book of 1086 as Wluerintone. The original Wolverton was a medieval settlement just north and west of today's town. This site is now known as Old Wolverton, although the medieval village is all but gone. The Saxon church of the Holy Trinity (rebuilt in 1819) still sits next to the Norman Motte and Bailey site. 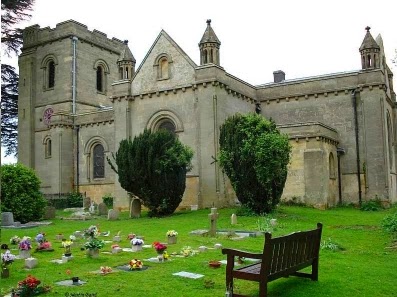 Only the earth mound remains of the Norman castle, though the Saxon tower still stands as central to the rebuilt church, clad in the early 19th century 'Anglo-Norman' style.

Within the 1833 Act of Parliament approving the London to Birmingham Railway, was a clause which specified that a railway works needed to be built around the mid-point, as it was considered scientifically unsafe at the time for railway locomotives to move more than 50 miles (80 km) without further inspection. After surveying all possible sites, Wolverton was chosen.

The works grew and grew and the town with it. 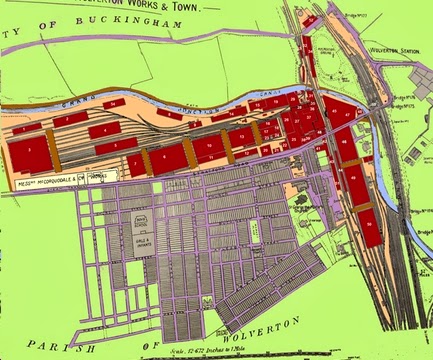 The main line was diverted east from its original straight through route with a new passenger station perched on the road overbridge. 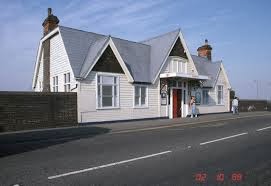 There was a need for transport to get the workers to work at the works. Many would walk from a railway inspired New Bradwell, just beyond the station ...

... but others would use the train from Newport Pagnell, the so-called "Newport Nobby". There were intermediate stops at Great Linford and "Bradwell", seen adjacent to the historic name of Stantonbury. 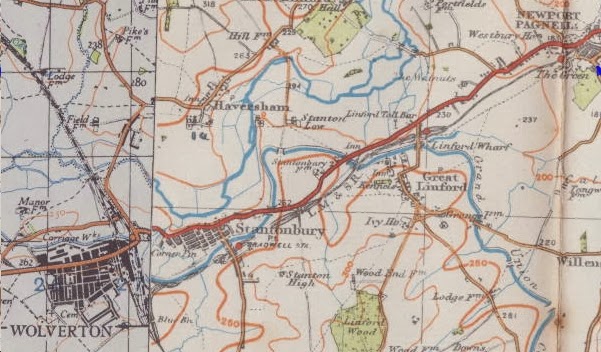 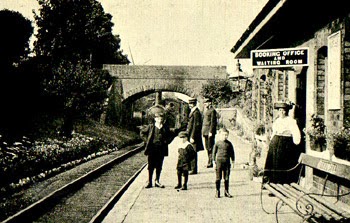 The branch opened in 1867 and finally succumbed to the motorbus and Dr Beeching's predecessors in 1964. No structures remain although most of the line is now a footpath and cycleway. 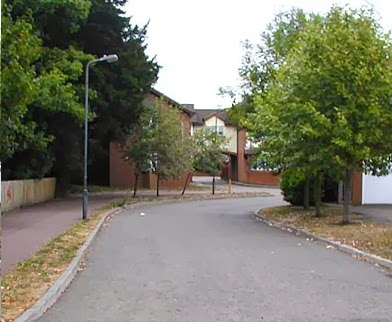 Between Stony Stratford, a small market town on the A5 Watling Street, and Wolverton, transport was even more interesting. In 1887 a tramway was opened. 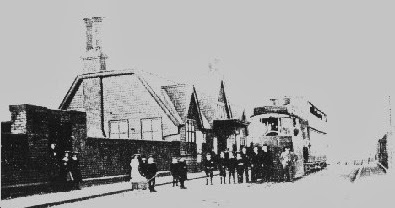 It ran from the station along the main road, terminating at "The Forresters" in Stony. 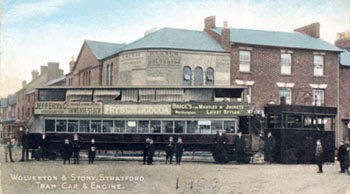 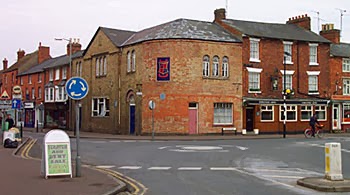 It was always steam hauled and its cars were, reputedly, the largest in the country; they carried about 100 passengers, although those on the top deck had no glass in the windows, merely blinds that offered a modicum of protection from the weather.

In 1888 the line was extended via Old Stratford to the nearby Village of Deanshanger for which a smaller tram was often used to save money. 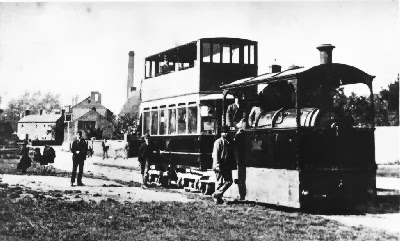 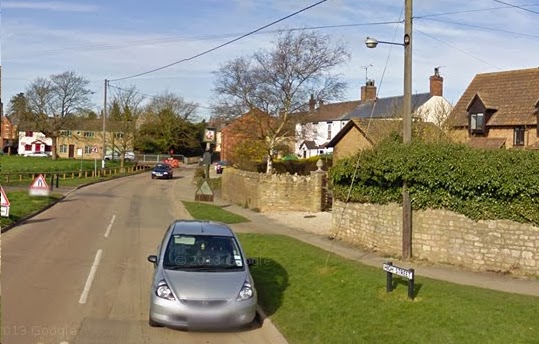 Present road layout makes a "now" picture impossible.
The pub sign and the brown cottages to its left give a clue.

Despite this attempt at economy, the extension bankrupted the company and led to its premature closure in 1889. Bought by a group of businessmen, the original Wolverton to Stony Stratford section reopened in 1891. Subsequently sold to the Railway, it closed totally in 1926.

And so to 2014 and our electric bus. Its route starts at Wolverton and runs via New Bradwell, a Milton Keynsian version of Stantonbury, and a chunk of Great Linford, thus offering today's residents a replacement for the Newport Nobby.

Whilst the early service to Stantonbury stuck to the main roads (Marlborough Street V8 and/or Saxon Street V7), the electric 7 dives into the estate itself running "hail and ride" via Redbridge ... 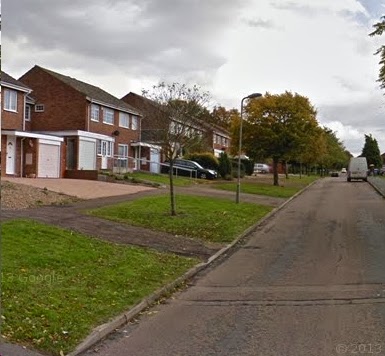 ... before cutting across V8 and into Great Linford. Here the old High Street ... 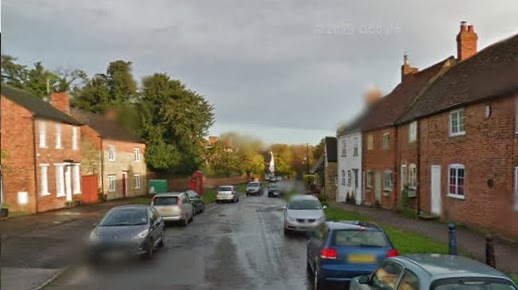 ... is no longer served by bus with our route 7 operating via the newer development on St Leger Drive ... 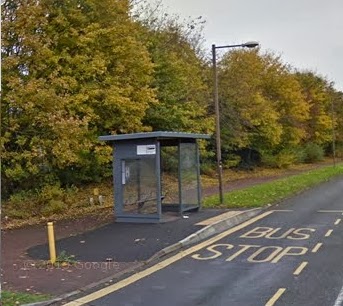 ... (there might be some houses behind the trees!) before taking the main V9 Overstreet south then turning west to trundle through the big shopping area known variously as Central Milton Keynes, CMK and now the "The Centre MK". Unfortunately, this on-line map from Arriva, operator of the 7 ... ... puts the main central stops, M4 and K3 on Marlborough Gate and in the wrong place completely. They should be on the wiggle between "BLVD" and "BLVD". 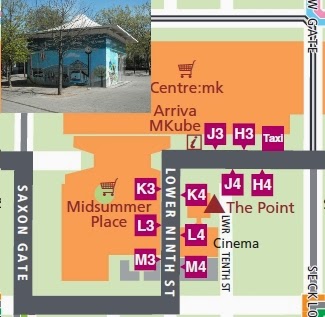 Lower Ninth Street and a bit of Midsummer Boulevard are buses only and form a "de facto" Centre MK bus station supported by MKube, the Arriva enquiry office.

The Monday to Saturday service 7 runs every 15 minutes from Wolverton to Milton Keynes Central Station, continuing every 30 minutes via Shenley to Bletchley. It was at the station that fbb had arrived by train from Northampton to experience all electric road transport; initial evidence was not enouraging. 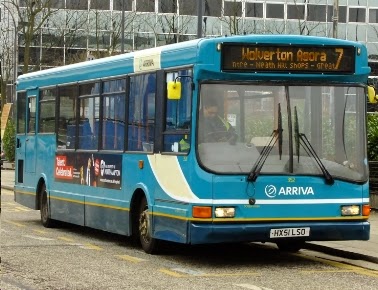 It was a very unelectric service 7 to Wolverton.

So it was a case of hovering expectantly between stands Z3 and Y3 and grabbing the first electric bus to come along. 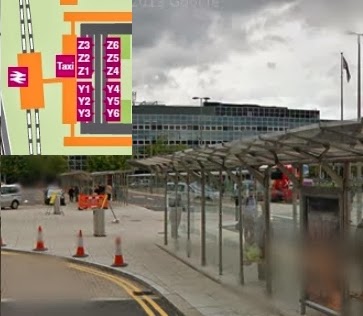 Or so we thought.


Next bus blog : Saturday 15th March
Posted by fatbusbloke at 02:00