Bees of various types feature regularly in the bus industry and not just on the streets of Sheffield and Rotherham.

fbb had a passing interest in a group of services operated, in the early days of privatisation,  by Harrogate & District, publicised thus: "Buzz Around on the Bilton Bs" (services B1, B2, B3 and B4); but over the Pennines, in sun-drenched Manchester, the Bee Line Buzz Company was being a competitive pain up the exhaust pipe of GM Buses. 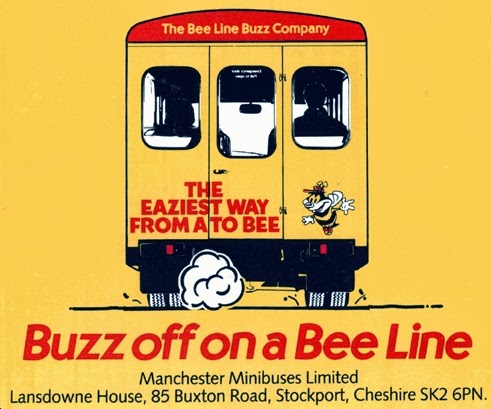 The company's bright red and yellow minibuses were buzzing everywhere. 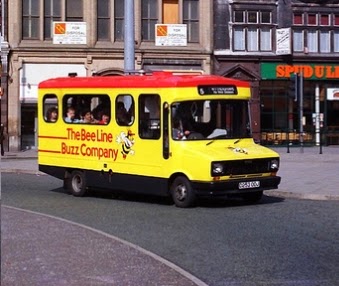 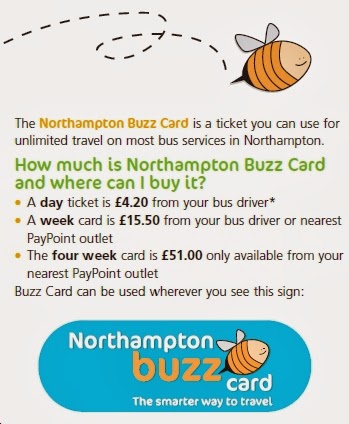 ... lacking the colourful bee image; perhaps it's just a fly?

Successors to another Beeline company, the erstwhile "corporate or nowt" First Bus, has resurrected these little honey monsters. 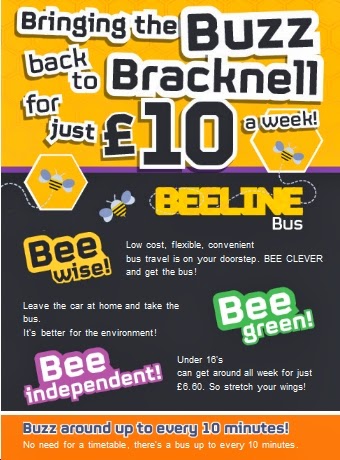 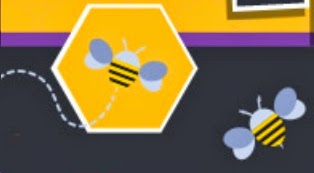 Sweet (in both senses!).

But there was (emphasis on "was") another Free B (without the "ee").

And here is a picture one of the garishly emblazoned vehicles. 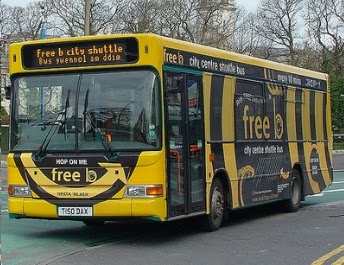 The second line of the blind display is a pretty hefty clue. This was Cardiff's effort at a City Centre free bus. It was like this: The Council adopted a "courageous" policy of pushing bus services to the fringes of the centre by creating what they called a "bus box". This was to improve the environment for shoppers and tourists by making it harder for them to get where they wanted. 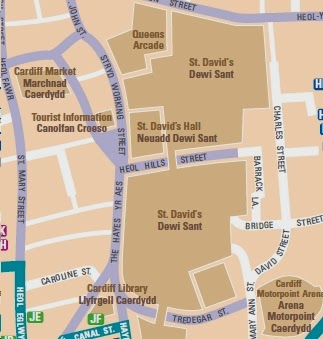 The Free B penetrated a little further into the forbidden zone than some buses and called at the main bus stopping areas as well. 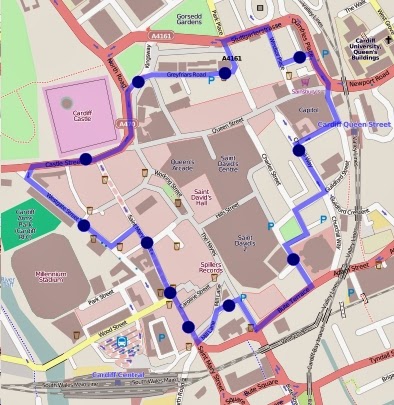 It is not at all clear why it didn't work, but it didn't. The main problem was, perhaps, that it didn't penetrate far enough. Meanwhile, proper bus services were diverted to go "the long way round" to serve as many stops on the periphery that they could.

The controversial Free 'b' bus will be discontinued within the next month, Cardiff Council have said.

After being piloted for a year, the two buses which travel around the bus box in the city centre will be discontinued and a new electric seven-seater minibus will replace the service – aiming to provide necessary transport for the elderly and disabled through the city centre's pedestrianised zones. 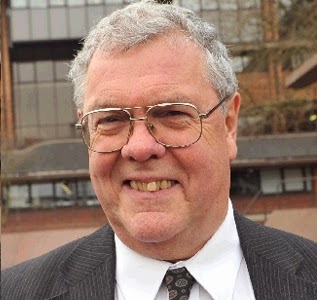 Executive member for transport, Delme Bowen said: "The original idea of the Free 'b' was to link the stops around the bus box for senior citizens; but we didn't realise Cardiff Bus would also have their buses travelling around the same box." [odd remark; who owns Cardiff Bus? Answer, Cardiff Council.]

Cardiff Council's operational manager for transport, Paul Carter, said: "We have been carrying out a review and concluded the Free 'b' has done a job and the numbers are not as great. [Not too easy to work out what he actually meant. Perhaps some journalist has misquoted?] We accept this and are discontinuing the Free 'b'."

The passenger numbers were, indeed, not very good back in 2010.

The operating costs were pricey ...

... which suggests that it cost the council in the region of £8 per passenger journey. This figure looks even less encouraging if you add on the set-up costs.

The service was so badly used that a group (of dis-users?) was started to campaign for its withdrawal. Now that must be something of a first?
Almost £150,000 has been spent launching and running the service and some residents of Cardiff say that money is being wasted and should be spent on something better. They plan to raise awareness of this issue by coordinating a flash mob** of people to all catch the Free 'b' Bus at once, and getting featured on local news as "Breaking News: People Actually Use The Free 'b' Bus For Once!"

To make the journey interesting it will include a tour guide, and to ensure all the seats are filled you are encouraged to bring toys, mannequins and cardboard cut-outs. There will also be a news crew filming this spectacular, once-in-a-lifetime event!

"We're also getting a team to walk the same route as the bus, just to prove that it's actually quicker, not to mention healthier, to walk," says Nathan Collins ... 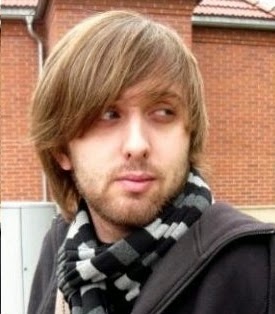 ... who is organising this event. "And if anyone wants to bring a bicycle, we'll give you a video camera and a timer; we're sure you could beat the bus as well."

They are looking for as many volunteers as possible to make this a success, so if you'd like the chance to show your support for the campaign and to appear on the news then join the "Stop the Free 'b' Bus" Facebook group.

So the buses, which started their life in Cardiff green (or is it blue?) ... 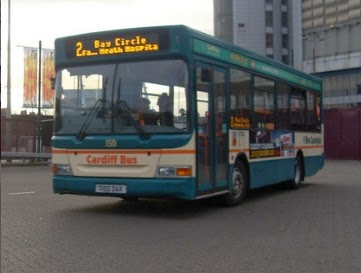 ... have lost their b livery and joined the newer green (or is it the same green which still looks blue) and orange. 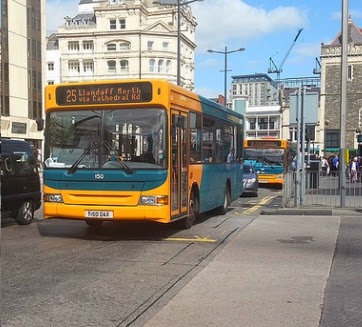 No longer will apis mellifera buzz round Cardiff. [shouldn't words like "gwenyn" have been used?] nor will Sheffield be so privileged.

In view of all the above, old news now from Cardiff, but perhaps relevant; will there be a huge "Save the Sheffield Freebee" protest with Facebook, Twits and mass marches on the Sheffield Town Hall and the luxurious TSY Towers? A Flash Mob** outside The Crucible on Norfolk Street?

fbb will report if there are.

A flash mob (or flashmob) is a group of people who assemble suddenly in a public place, perform an unusual and seemingly pointless act for a brief time, then quickly disperse, often for the purposes of entertainment, satire, and artistic expression. Flash mobs are organized via telecommunications, social media, or emails.

A cosy little bistro has now opened at Northampton's new bus station. Here is a picture of the happy bus passengers enjoying a latte and a danish as they wait for their buses. The snap was taken at the busy coffee time (1100) on Monday last. 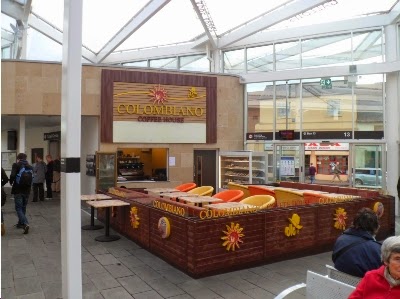