Looking at London Midland's current timetable, it is clear things have moved on a bit over the years.

There are now three trains a hour to Northampton, two of them taking less than an 60 minutes. These timings would have been unimaginable when a teenage fbb took his first solo run tto the Big Smoke, possibly behind a Jubilee or, more likely, a Black 5. 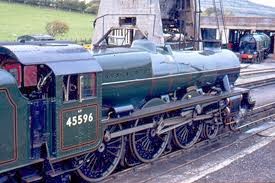 ... although these impressive beasts tended to work on the main line, leaving sad looking steam locos chuffing up and down to Northampton.

Then came he electrics in the form of Class AM10 (later class 310). fbb remembers the excitement when it was announced that fast trains would get to London in 1 hour and 16 minutes. And such high speed trains ran every hour. Oxygen and resuscitation would be needed on arrival at Euston. 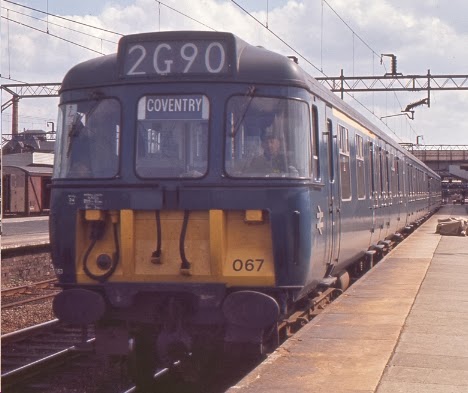 The British Rail (BR) Class 310 is a slam-door, alternating current (AC) electric multiple unit (EMU) introduced in 1963 as part of the West Coast Main Line electrification project. They were initially classified as Class AM10 units before the introduction of the TOPS classification system. Constructed at BR's Derby Carriage and Wagon Works. They consisted of four carriages - a second class driving trailer, a second class trailer, a second class motor car (with guard's/luggage compartment above which the Stone Faiveley AMBR pantograph was mounted) and a composite (1st and 2nd class) driving trailer. The maximum speed was 75 miles per hour.

The other bonus of these shiny new trains is that there were windows between passenger section and the driver's cab and, by kneeling on the rear facing front bench seat, one could get a driver's view of the whole journey. Of course, the electrics changed the face of travel to Northampton, making it into a commuter town.

In the days of steam the best trains were the London, Birmingham and Wolverhampton expresses (?) which took 1 hour and 26 minutes; (Three hours and 18 minutes to Wolverhampton!). 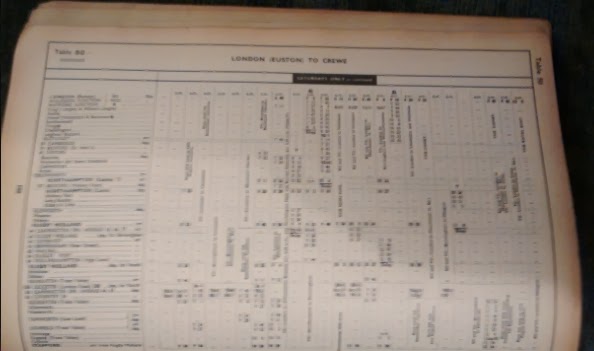 There weren't many of those. fbb's scanner is out of use at the moment so a picture of a steam-days sparse timetable page is the best that fbb can offer. But the fares were cheaper, then, surely?

The main fleet of Class 310 units was replaced on the Euston commuter routes with Class 317/1 units which began to enter service on the route in late 1987 ... 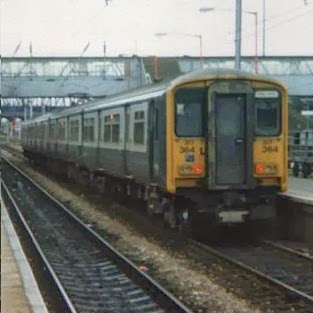 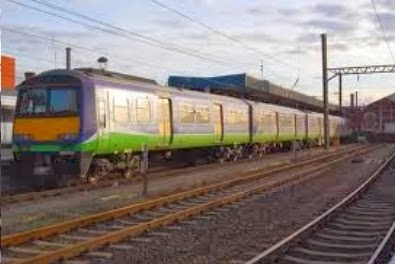 And somewhere along the line (?) we get privatised, first as the oddly-named "Silverlink" (a National Express Company), and later re-franchised as London Midland (GoAhead).

Incidentally, when GoAhead won the franchise, the then Chief Executive Keith Ludeman ... 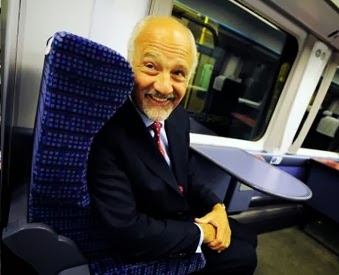 ... promised us a "return to the traditional standards and traditional maroon of the LMS." And what did we get? 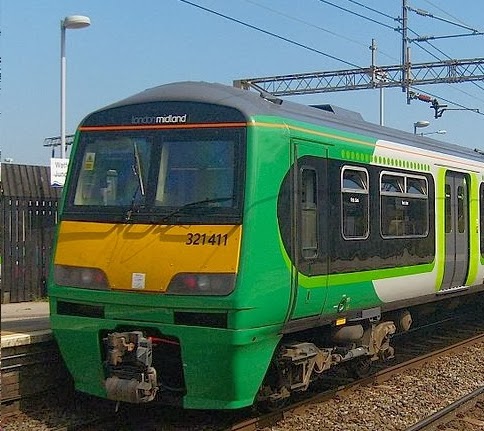 Three greens, two greys and an orange line. But we also got yet another breed of train. So it was that fbb travelled on a class 350 "Desiro" on his state visit to Northampton yesterday. 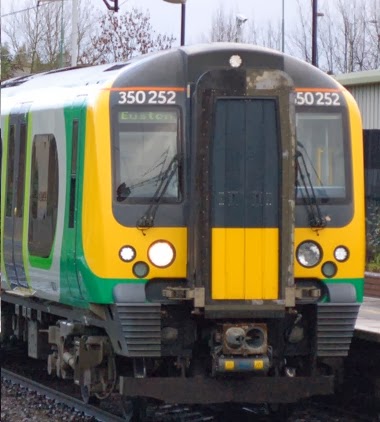 Despite the call of nostalgia, the misplaced belief that it was all much better in the glory days of steam, there is no doubt that Northamptonians have a service today that outshines anything in the past.

fbb decided to shell out £4.70 on a Zone 1 Boris "rip-off to make you devour an oyster" price, so had to shovel specie into an unreceptive machine. Why do they always reject some of the coins, but accept them at second attempt?

With much wheezing and glowing with rude health (i.e. sweating profusely) fbb made it in good time for the 0949 fast to Northampton. Only there wasn't one. And there wasn't an explanation, either. So ...

Investigate electric bus etc.   Partake of a pot of tea and a lemon tart c/o CostaLot.

A bloggy good day, as we shall see!