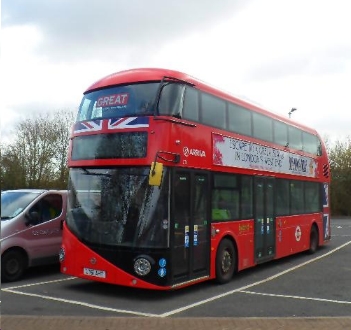 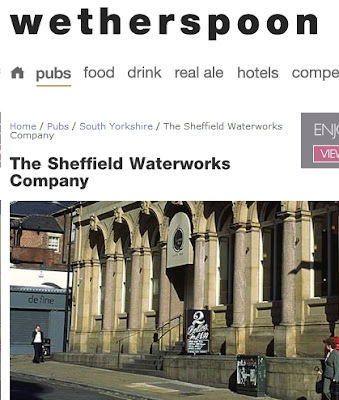 
fbb wonders whether trendy diners and drinkers would know about the knocker-up panel that used to adorn a less opulent side entrance. 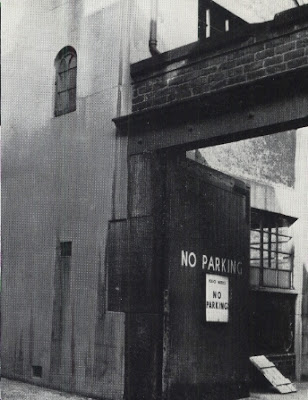 Now long-gone, in the wall to the left of this yard entrance, round the back of the posh marble-columned front elevation of the former Water Company offices, was the bedroom window of the head superintendent. When the fire brigade was called to a conflagration at night, they needed a water official to turn on the hydrant. So a knocker-up would strike the little panel in the wall below the bedroom in which said senior official slumbered. Aroused by the mighty "clang" said official would don his outdoor attire and join the brigade as they hurried, horse-drawn to the blaze. 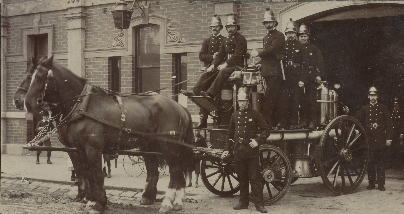 Across the yard from this gateway were the former stables and hayloft for the steeds that pulled the workmens' carts that hurried to repair broken mains.

Later these became offices for a very different purpose. 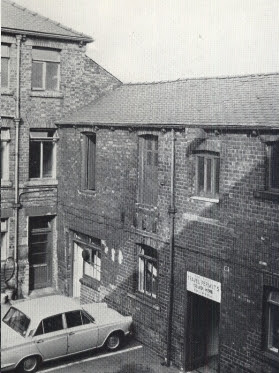 This was where one went to obtain "Travel Permits"; because, once vacated by the water company, this rather eclectic collection of the grand and the seedy became the Division Street headquarters of Sheffield Transport Department.

Through the grand front entrance, however, would trudge many thousands of Sheffielders to ask at reception for a "Bus Guide" (that's Sheffield-speak for a timetable book), for many years free of charge. 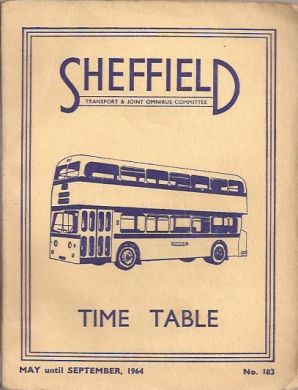 If you were prepared to invest one shilling of your hard earned cash, you could also purchase a route map. 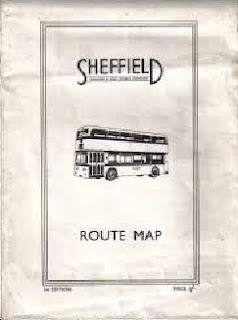 The building, like so much else in the past, spoke forth of the civic pride and prestige that characterised the Sheffield bus and tram system. The offices were a powerful statement. 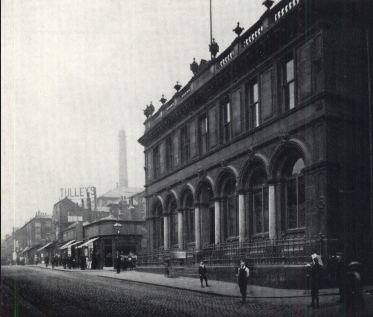 But they were old and very gloomy; the working conditions for the staff were grim and uninviting. fbb's chum, John, worked there in the Traffic Office seated behind a dark brown wooden bench with nothing but a gently guttering candle and a quill pen to ease his administrative burden. 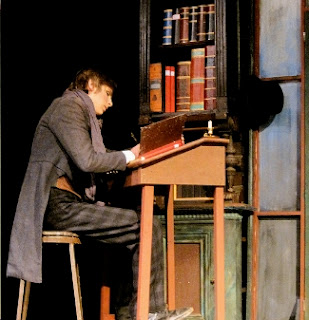 Well not quite - but you get the idea.

But all this was to change in 1969; and it was this man who, indirectly, provided that solution. 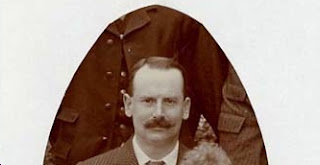 All will be explained tomorrow.