On 15th March fbb blogged about the workings of Manchester's route 370, using five different operators. From 7th April one operator left the fold. Those potentially expensive-to-operate journeys run by Finglands on Saturdays ... 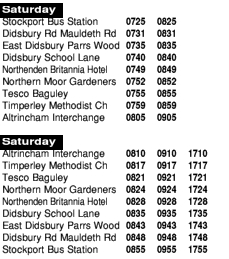 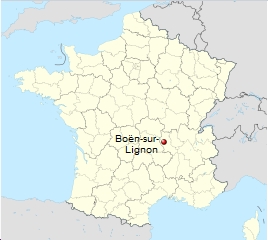 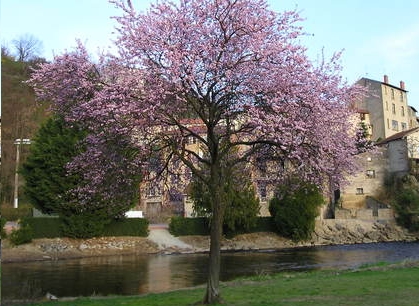 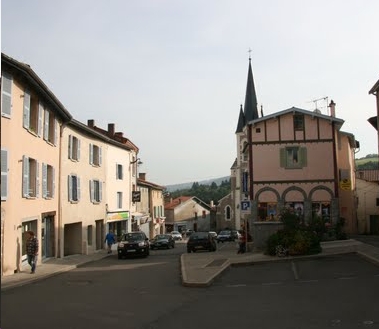 We would class the town's economy as being light industry and small businesses with at least one bigger factory near the railway station. It is here that lorry driving chum David makes sporadic calls; hence his little batch of pictures, of which more tomorrow. 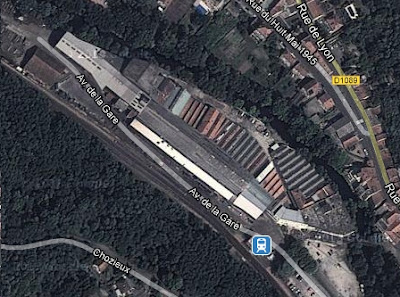 South-east of Boën is St Etienne (bottom right of map below) and a little to the north-east of St Etienne is France's second largest city, Lyon. 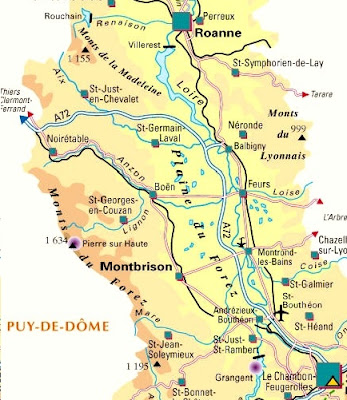 With a population of just over 3,000, Boën does not warrant a local bus, but there are three interurban routes operated by "TIL".

As to be expected in France, information is stylish and thorough with the usual journey planning and timetable search facilities. Fares are mind-numbingly simple. There is only one! 2€  (£1.70) irrespective of distance. Obviously highly subsidised!

fbb is, however, struggling with TIL's tag line as below ...

42 is the number of the French district, sadly not the answer to Life, the Universe and Everything. "Les Cars TIL" = TIL coaches, c'est pratique = it's practical, BUT "Tillement"? Lentement is slowly, doucement is softly etc. etc. but tillement? Maybe a play on the work "tellement".

A search of the TIL web site reveals the three "normal" routes serving Boën, as follows:-

To get the flavour of TIL information we will just take a look at the 112. For non French speakers we need to establish some symbol explanation. 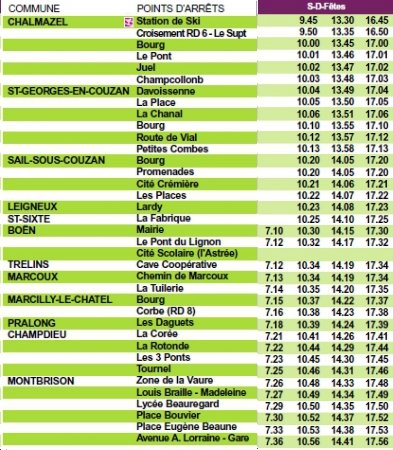 Weekend and school holiday midweek buses run to the "Station de Ski", a small-ish resort just outside the town. 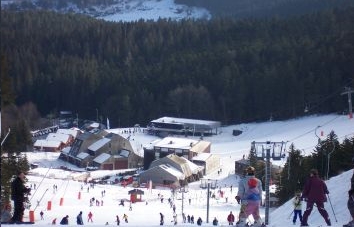 Chalmazel centre is "Bourg", the equivaleny of an English "Borough". The Monday to Friday timetable comes in two versions ... 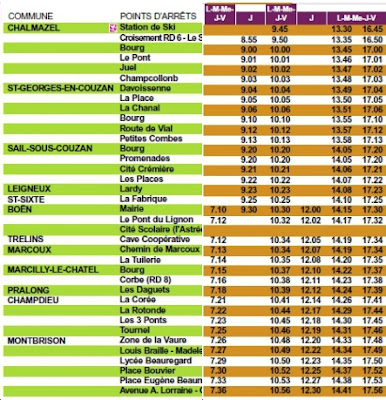 ... this limited service during school holidays. L=Lundi (Monday), M=Mardi (Tuesday), Me=Mercredi (Wednesday), J=Jeudi (Thursday), V=Vendrredi (Friday); so not particularly frequent when the kiddies are on holiday. So that's the Orange period.

Green period (i.e. Monday to Friday schooldays) offers a much better frequency, but you will need to click on the image below to read the times. 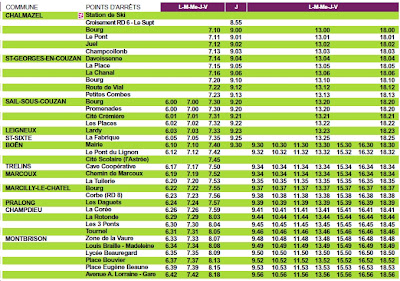 This is typically French, with Monday to Friday operations based very much on school needs. Note also that time points are closely spaced, never more than 5 minutes apart and often just one or two minutes. The other routes via Boën follow a similar pattern.

One final point of interest. All vehicles carry a stylish livery ... 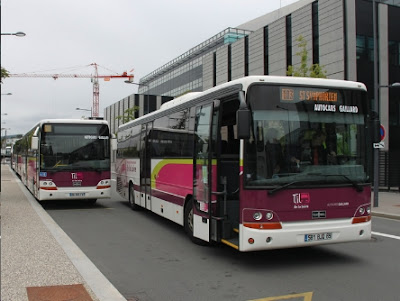 ... but TIL doesn't run any buses! A bit like National Express coaches in UK, routes and/or networks are all tendered with the proviso that buses must carry the correct TIL livery. The services to Boën are actually operated by ...

... a company with equally stylish publicity including a typically happy travelling family.