But first, it's First 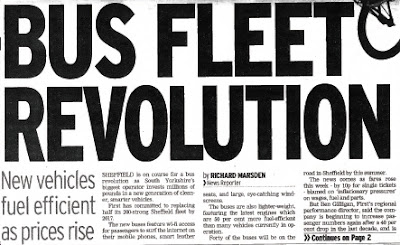 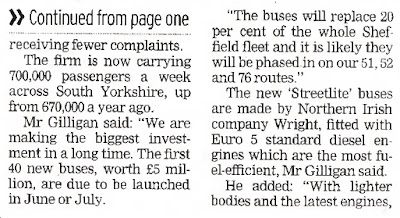 Note also the increase in passenger numbers. That would have been unbelievable under the "ancien régime". Favourable Fearnley Future?

And that Bristol bus map; see yesterday's blog (read again). The Travel Bristol web site suddenly (?) changed its header for the erroreous map to "Draft Version". Wonder why? Bristol City "authorities" have admitted (in a reply to fbb correspondent Paul) that they had "already spotted" most (sic!) of the errors and these were being corrected before publication of the final effort. Neverthless, there still remains the question as to why such appalling errors ever found their way onto the "draft" in the first place.
----------------------------------------------------------
And now, across the Pennines ... 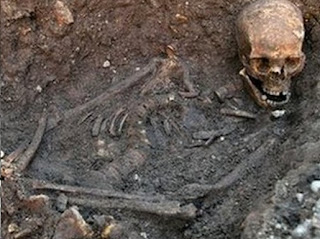 Thus quoth King Richard III on a poorly documented visit to Manchester before spending his declining years as a car park attendant in Leicester.

Manchester's Metrolink is a superb and expanding system with new bits being added almost as we speak.

There's a short hop off the Eccles line to Media City ... 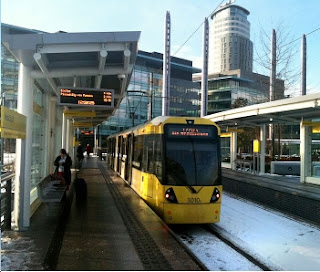 ... planned to run as a shuttle from Cornbrook.

Then the line via Oldham to Rochdale is now open ... 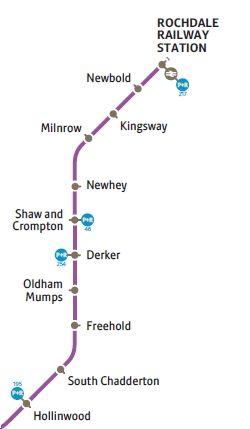 ... but currently serving a temporary station at Oldham and awaiting an extension from Rochdale Station ... 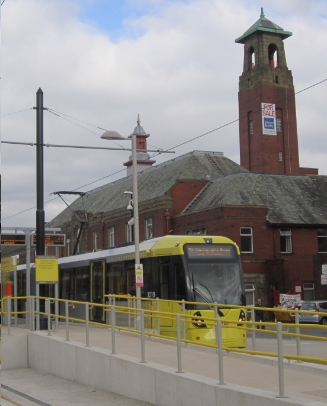 ... to the town centre. Broadly this uses the former National Rail trackbed but with extra stations.

The proposed line to Ashton gets as far a Droylesden, mainly via street running, ...

... where our Northampton correspondent met this creature ... 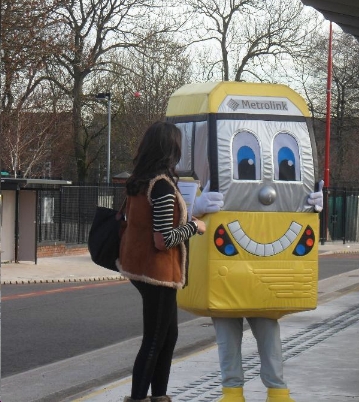 ... soon after opening. Hopefully Mancunians know what an Etihad Campus is! 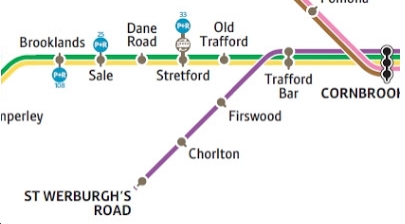 ... on a line which will eventually continue to Manchester Airport.

Werburgh (died 3 February 699 at Trentham) is an English saint and the patron saint of Chester.

She was born at Stone Staffs, and was the daughter of King Wulfhere of Mercia (himself the Christian son of the pagan King Penda of Mercia) and his wife St Ermenilda, herself daughter of the King of Kent. She was a nun for most of her life, and was tutored under her great aunt Etheldreda (or Audrey), the first Abbess of Ely and former queen of Northumbria. Werburh was instrumental in convent reform across England. She eventually succeeded her mother Ermenilda, her grandmother Seaxburh, and great-aunt Etheldreda as fourth Abbess of Ely. She was buried at Hanbury in Staffordshire and her remains were later transferred to Chester, of which church and monastery she became the great patroness. 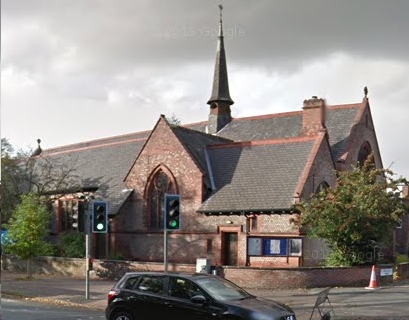 ... is on its eponymous road north of the present Metrolink terminus. 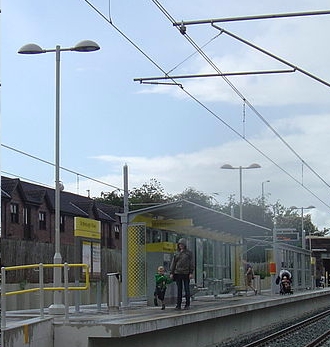 It's all very impressive.

For the record, this bit of Metrolink uses the formation of part of the Midland Railway main line south from Manchester Central station. 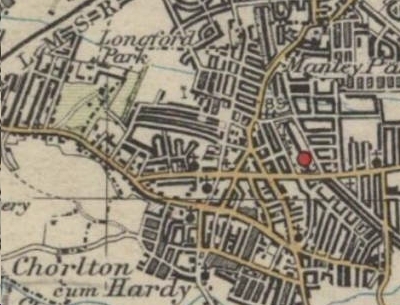 St Werburgh's Road is one stop beyond the site of the original Churlton-cum-Hardy Station. St Werburgh's Church is centre right of the above map extract. 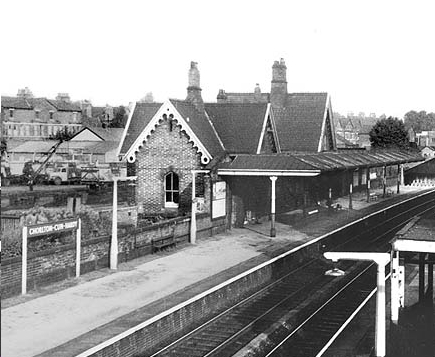 A Beeching closure recycled for trams!

So, responding to his total ignorance of the new lines, fbb set out to obtain timetables for the new services.

Should be simple, eh? The story continues on Monday.


Next Bus Blog : Saturday 6th April
Posted by fatbusbloke at 02:00