First bus in Southampton decided to "have a go" at Bluestar (GoAhead) and registered an hourly service from the City to Hythe. 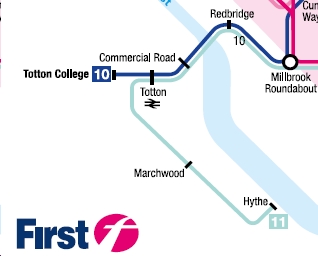 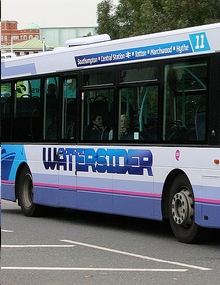 ... and provoked an understandable reaction from "the lads" at Bluestar. Their service 8, that had been progressively run down to hourly, was suddenly resurrected and extended in order to poke back at First who had also won the Hampshire tender for the Hythe local routes. Bluestar now ran every 30 minutes via Marchwood to Hythe, extended every hour to Calshot.

But it looks as if Bluestar have won this little skirmish.

First have announced the withdrawal of route 11 from the end of May.

"Whippee, Yarooh, Chiz-chiz" shout the Bluestar managers; but less enthusiastic are the denizens of Marchwood. Having ousted the competition, will Bluestar revert to the previous timetable? Will Marchwood drop from three buses an hour to one? We will have to wait and see. 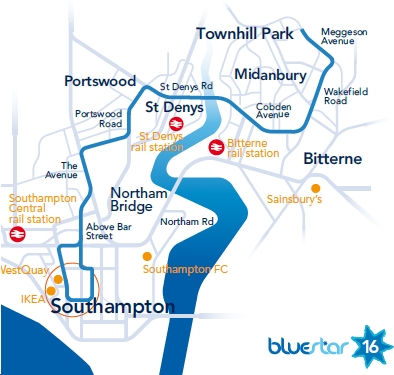 And will Bluestar's 16 introduced to have a go at First because their 11 was having a go at Bluestar (they're little badly behaved kiddies, aren't they?) suddenly disappear as "not performing up to expectations"? These things happen, quite independently and without collusion. Oh yes, they do!

And who has gained through the joys of competition? Both companies have likely lost loads of lolly; thus indirectly increasing costs for the fare paying passenger. Some customers have gained a choice and an enhanced service, but unsustainably. There will be much venom spitting from those loyal to each operator's service who find themselves unceremoniously dumped.

Is this really the best way to run buses?

The story so far. Northampton Council is selling their old, tired and ill-maintained Greyfriars all-under-cover bus station to a developer as part of a plan to have even more empty shops in the town. The present old tired bus station is barely big enough for the services using it. The new bus station is about half the size.

So many routes will be distributed (back!) to town centre streets this improving interchange no end and encouraging bus usage by making people wait in the rain.

There is no room in the new bus station for any buses waiting for, say, drivers' rest periods. 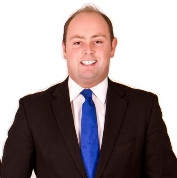 Although Stagecoach buses are now garaged at Main Road; at 4.25pm today seven buses were parked at Greyfriars on temporary layover, a not unusual situation. Can you please tell me where these buses are to be accommodated at the Fishmarket bus stops?

The good councillor, showing his astute grasp pf the problem, was gracious enough to reply:-

As you note, Stagecoach have very recently ceased using the existing bus station for overnight layover facilities as part of the wider arrangements agreed with them. There will be no 'temporary layover' rights at the new Bus Interchange. In this immediate transitional phase following their move to Main Road, we are working with them to ensure that services continue to be run efficiently for the public whilst they make the necessary operational adjustments required. This will clearly help to ensure that their operations will be running smoothly, substantially in advance of the opening of the new Bus Interchange.

In other words, "I haven't actually answered your question and it is tough luck, Stagecoach will have to cope!"

And introduce lots of light running, lots of extra cost and further fares rises to pay for it.

Investigative Alan has also had a gander at the new Hanley Bus Station, reputed to be, guess what, too small. Alan reports:- 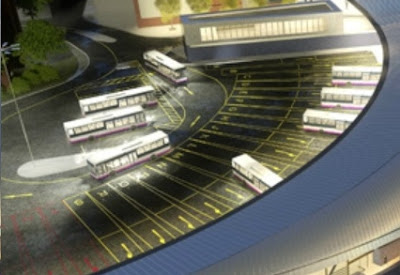 Buses reversing out of the circular site ... 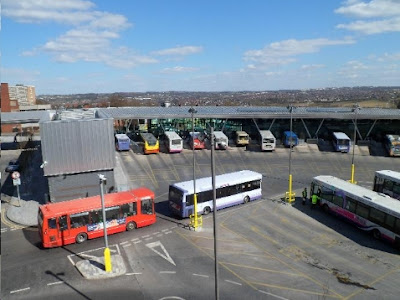 ... seemed to be causing delay to incoming vehicles. As there is no separate set down point for incoming services, presumably you are imprisoned on your bus until it can get on to its stand for the next departure. 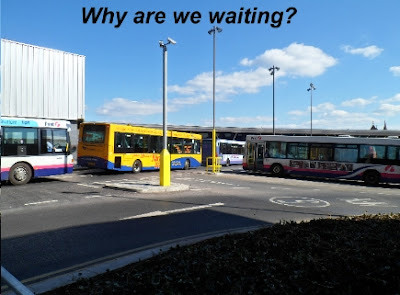 The locals will probably get off at the stop before the bus station.

Some parts of the passenger concourse are a bit narrow so any long queue blocks people trying to get past it to a stand further on.