The fbbs are back home after their sojourn in Edinburgh : next trip is to Seaton, Devon on Wednesday and Thursday to view a possible property. Before leaving Edinburgh this sign was spotted. 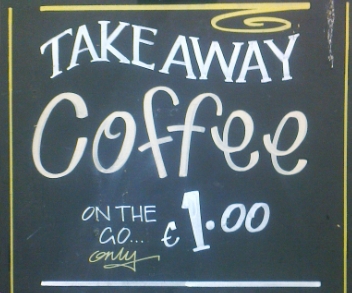 Back to buses ...
Dateline : Monday 15th April
Another Bus Launch? 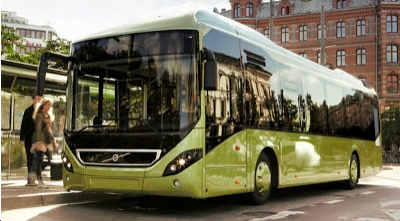 STV (Scottish Television) was pleased, a few weeks ago, to report that Lothian Buses was investing in new green buses. And to illustrate their piece, they appended a picture of a green bus, a left hand drive green painted bus, no less. fbb wonders whether the lad who assembles STV's web site really understood what a "green" green bus might be.

Their picture comes from a Volvo on-line advert for their "off the peg" 7900 single deck hybrid. Edinburgh's maroon and gold green buses were officially launched on Saturday 13th April when fbb and Mrs were wallowing in nostalgia at St Andrews.

The latest cash grant is the lion’s share of grants totalling just over £2m allocated from the Scottish Green Bus Fund (SGBF) and announced by Transport Minister Keith Brown. The hybrid buses – powered by electricity and diesel – produce 30 per cent less emissions and use 60 per cent less fuel than a diesel bus. 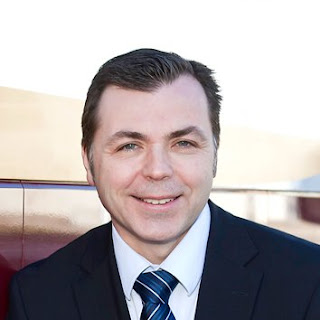 Lothian Buses managing director Ian Craig said: “Securing this financial support from the Scottish Government will enable a further significant order for the next generation of low-carbon buses.

“Our vision is to provide world-class, socially inclusive transport for Scotland’s capital city. This announcement confirms that promise is being delivered.” 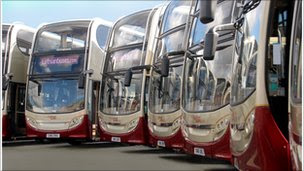 The double-deckers bought with the first round of funding from the SGBF operate on the No.10 from Western Harbour to Torphin and in the year to last September saved more than 600 tonnes of CO2 emissions and an estimated £200,000 in running costs.

Ten new single-deckers, funded from a second round of grants, are added to the fleet from April 15, operating on the No.1 route from Clermiston to Easter Road.

Minister Brown said: “The Scottish Green Bus Fund has been a real success story and I am extremely proud to see that continue with this latest round of awards, which is also another clear indication of our support for the bus industry in Scotland.

As well as the launch, posters were displayed at many bus shelters ... 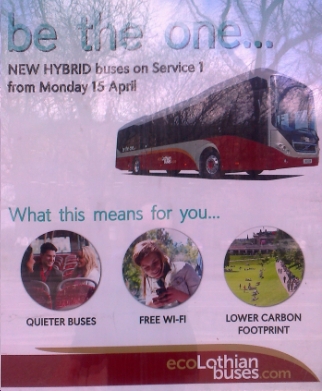 ... this one being opposite the fbb B&B.

And so it was that these rather ugly looking brutes did appear on route 1 yesterday and were photographed by fbb en route to Waverley Station for their return train. Front view ... 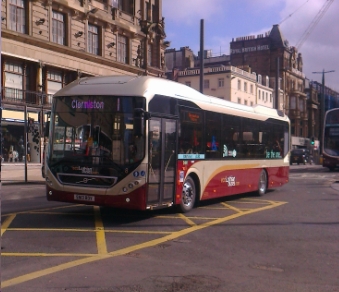 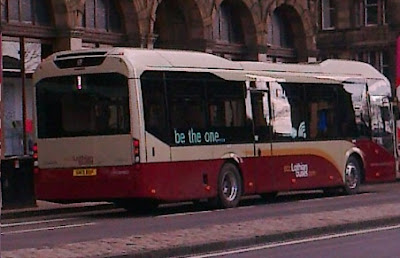 Presumably the less than fetching roof lumps contain some of the gubbins? 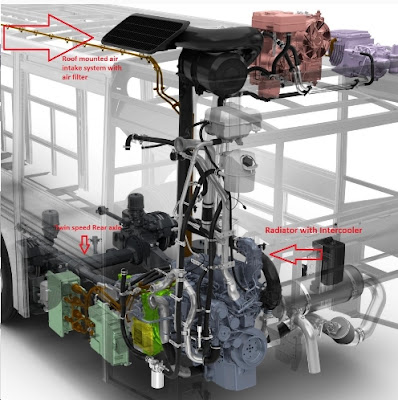 But not only have Lothian Buses stepped bravely into new technology, but so have First Bus. Whilst relative bus minnow Lothian have bought ten of these beasts, international bus giant First have launched ...

John Baron MP and Stephen Metcalfe MP called in on Basildon Bus Station after an invitation from Danny Jones, General Manager of First Group, to attend the launch of the new hybrid buses in Basildon. The 19 Volvo 1900H vehicles will be operating in Basildon as part of First’s dedication to providing greener, cleaner, quieter and smoother journeys for their customers.

... the first of their bigger batch. In Essex. There are four in Chelmsford and, on Thursday, Minister Norman Baker launches similar vehicles for the "7s" service between Heathrow, Slough and Maidenhead.

And here is a YouTube video of the very first First vehicle on the move.

Together, these are the first right-hand drive versions of the Volvo 7900 in Europe.

Once again, the key question is this. Will the fuel savings ever be sufficient to offset the higher capital cost of these beautiful (?) brutes? It's fine whilst nice Government ministers are giving away wads of cash by way of grants, but how goes it when the companies have to pay the whole whack? A vehicle is, typically, about 50% more expensive than a conventional bus and the grant funds the difference, less operating (fuel) cost savings. 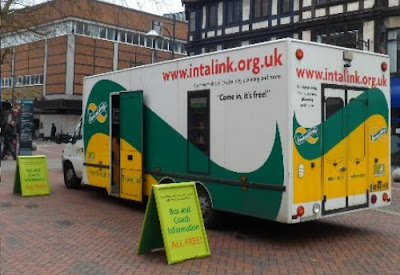 Looks good, attracts the locals etc BUT, surely a permanent facility in a town the size of Watford is essential. Currently there is nothing! It's not much good when the van goes away, is it?