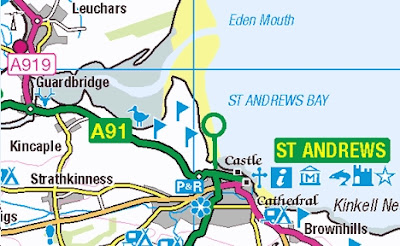 From Leuchars station (red dot top left) to St Andrews bus station, Stagecoach 99 runs every 10 minutes during Monday to Saturday daytimes. Yesterday we saw the this generated 5 separate timetables in the opposite direction (from Leuchars to Dundee) although the route of the 99. 99A, 99B, 99C and 99D were identical. See "Studying at St Andrews [2]" (read again)

Likewise southbound from the station to the bus station in the celebrated golf and university town, all five are the same and, once again, there are five separate timetables; sorry NO timetables, just departure lists.

99 (unadorned) runs just St Andrews (presumably the bus station), but with each of the lettered routes continuing to provide a network of town services; 99A, C and D to Bogward and 99B whisking the shopaholics to Morrisions.

Would that it were as simple as that!

You would need to have an intimate knowledge of the street layout of St Andrews to understand exactly what is happening. With this supreme geographical and cartographic insight a skilled omnibologist might be able to unravel the truth, based on the route descriptions on each separate list.

As a starter, note that the only DIRECT bus to Bogward ... 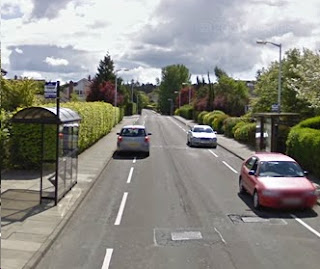 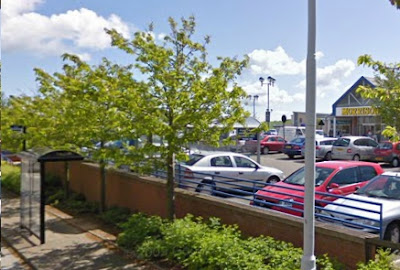 ... on John Knox Road, south of the town and just off the continuing A915.

Befuddled students of bus routes have two maps to help them. The stagecoach offering is more-or-less geographically accurate but, arguably, difficult to interpret because, whilst road names are OK, the location of side-road named time points is not shown. 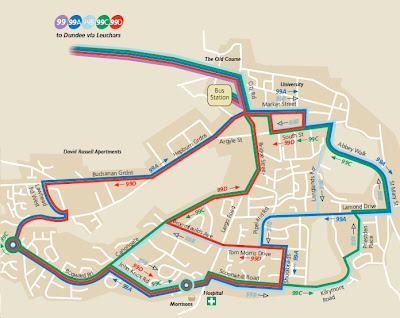 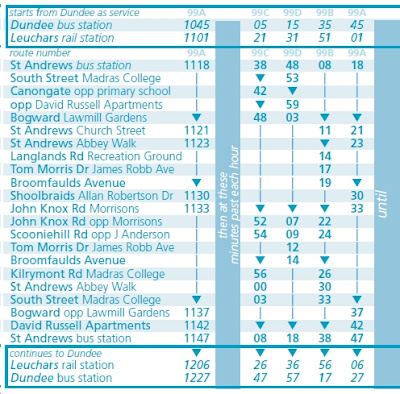 A click makes the timetable bigger but no less challenging.

Or, a visitor to the town could use the diagram on display at Leuchars station. 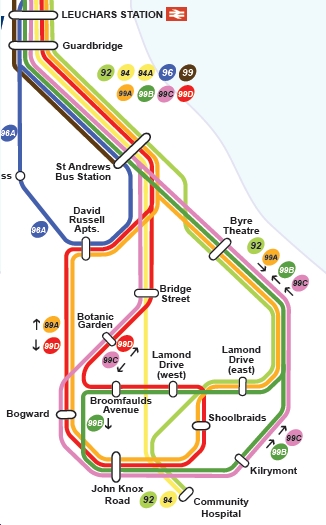 This introduces some further un-timetabled mysteries, namely Byre Theatre, Bridge Street, Botanic Gardens and Lamond Drive (west and east, of course). Our patient and inquisitive readers may like to match up the Fife Council diagram with the Stagecoach map; but should allow themselves several cups of black coffee and a tub of tranquilisers. Perhaps, like fbb, they could visit the town, sit in the sun, enjoy a cup of Costa Lot coffee and watch the buses trundle merrily by. 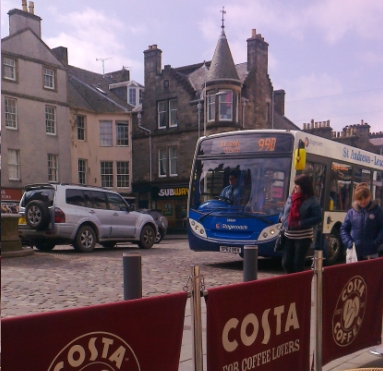 And they would probably be no nearer understanding the network. That's a 99D, by the way, going direct to Bogward, except that it does a loop via the town centre first, not shown in the Fife Council map. So perhaps not quite so direct**.

And, if you do accept fbb's challenge of sorting this out, you might well start by ignoring the 92, 94, 96 and 96A on the Fife map; just stick to the simplicity (!) of the various 99s. And remember (how could you ever forget) that plain unadorned 99s don't go any further than the bus station.

Never one to shrink from danger, your chubby author will reveal the results of his long hours of late night research tomorrow.

** In fact the QUICKEST timetabled bus to Bogward is the 99C because of the time penalty of that tour round the town; but it all depends on where exctly you think "Bogward" is!


Next bus blog : Thursday 25th April
Posted by fatbusbloke at 02:00