your kind felicitations are agreeably accepted

I am rapidly running out of patience

And, in recognition that this is a public transport blog:- 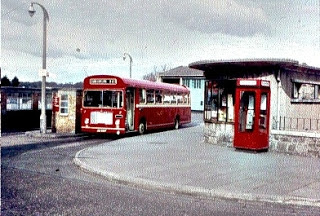 A couple of weeks ago, fbb published this print from a decaying slide, offering the opinion that it might have been St Andrews' bus station taken on the chubby one's honeymoon. His return visit confirmed that it was indeed so, with the 2013 shot clearly showing the tall (but now window-less) doors on the depot today. 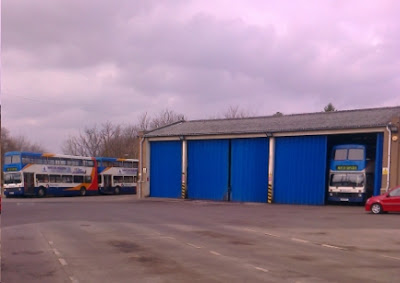 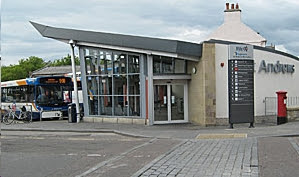 There is a welcoming "feature" with directions to key locations on the town ... 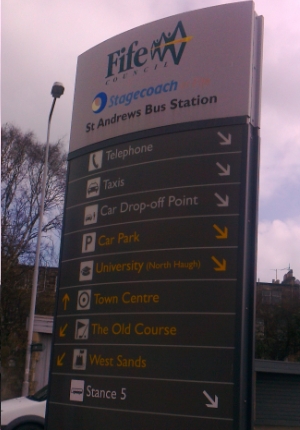 ... and inside there is plenty of information. Fife's computer has been busy churning out a comprehensive index ... 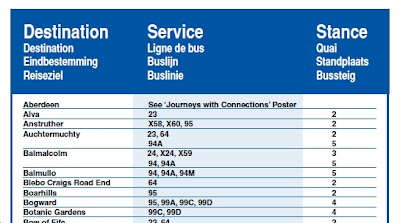 ... with a shiny penny for multilingual headings. Although it would not be too difficult to interpret the list below! fbb wonders how our friends from Nederland would cope with "Buslijn 23 naar Auchtermuchty"?

There is the usual set of departure lists with a very useful summary of everything to Leuchars Station. 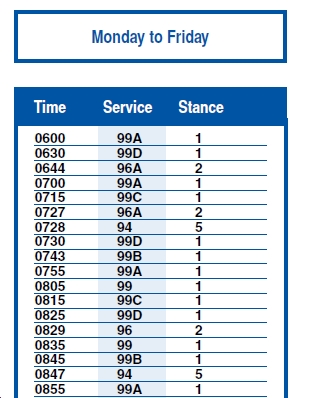 A selection Stagecoach leaflets was displayed but, of course, no mention of other operators. There was also yet another version of the town's network map, making the whole thing even less comprehensible ... 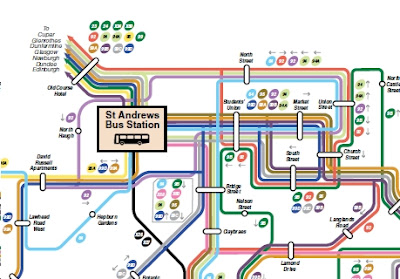 ... and indicating that some of fbb's detailed research, fortunately not yet committed to blog, was, bluntly, utterly wrong! Fife Council tell us that the bus station is staffed ... 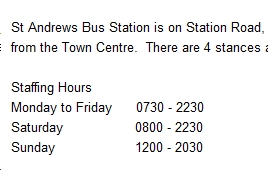 ... for unusually generous hours. Fife also tell us that the supervisor lives in the travel shop. 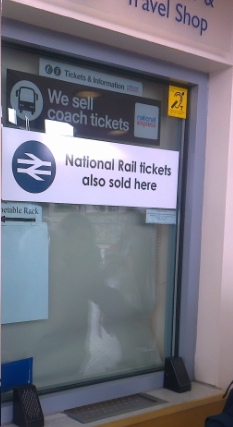 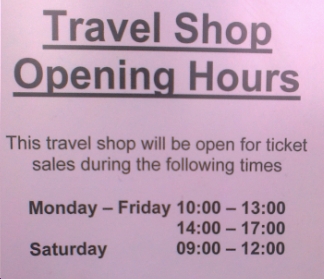 ... he doesn't open the window after 1700 Monday to Friday, after 1200 on Saturday and at all on Sundays. So what exactly does "staffed" mean? 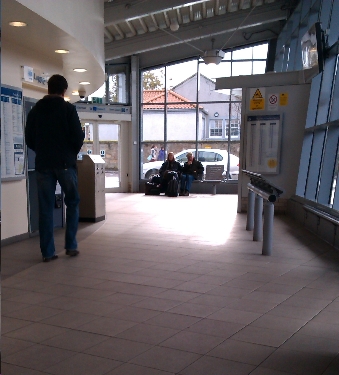 Despite these criticisms, it is really, really good to have a bus station when all about you are losing theirs. So full marks to Fife and Stagecoach for making an excellent effort which could, ideally, be that bit better. 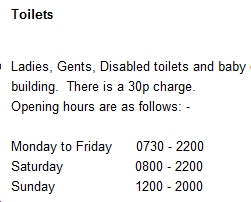 Mrs fbb, desirous of relief, attempted to use the "facilities" ... 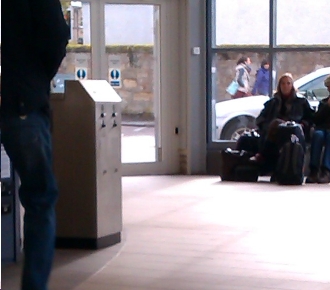 ... even at the significant price of six shillings (30p) as subsequently discovered on Fife Council's web site.  Despite a diligent search of the equipment, she could find no indication of price or availability and, rather than either vaulting athletically over the turnstiles (?) or sacrificing successive inputs of specie, decided to suffer and seek solace elsewhere. Perhaps, now, you have to go on-line to be told how to, erm, pee?


Next bus blog - Saturday 27th April
Posted by fatbusbloke at 02:00