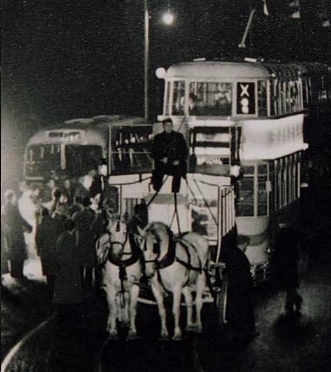 Edinburgh's last tram ran in 1956. Originally cable drawn and later electrified conventionally, the system closed much earlier than Glasgow's (in 1962). Then 50 years later, big plans were announced for a new network.

Originally costed at £375 million in 2003, the budget was later increased to £545 million; in May 2011, it was revealed that £440 million had already been spent on the project. A report issued the following month estimated that the partial completion of the tram line from the airport to the city centre would cost £770 million. A further report issued in August 2011 estimated that the final cost for the proposed line would be over £1 billion, including £228 million interest payments on a 30-year loan to cover the funding shortfall. 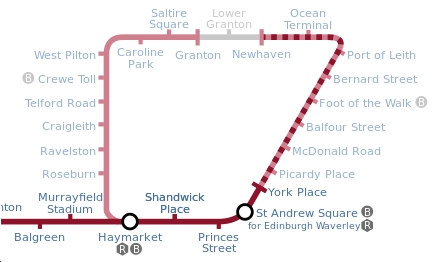 Until June 2011, the planned network consisted of one line running east-west across the city from Edinburgh Airport to Newhaven, with future extensions subject to further funding. In September 2011, this line was reduced to the section from the airport to St Andrew Square in the city centre, due to cost over-runs. A short extension to York Place was later approved.

There is no electric string yet along Princes Street (Edinburgh's main shopping thoroughfare) but all the track and street signs are in place, bravely announcing that the road is for buses and trams only. 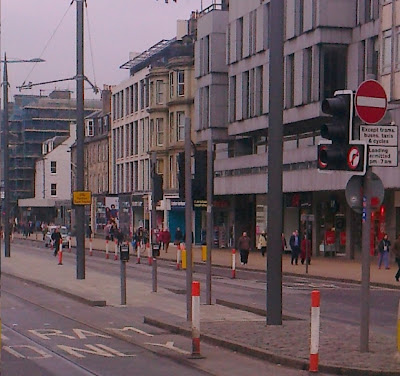 Stations are mostly in place, as here at Saughton ... ... but still no "overhead" wires are attached to their poles. Some of the infrastructure is substantial and, presumably, hugely expensive; as with this bridge over the South Gyle Access road. 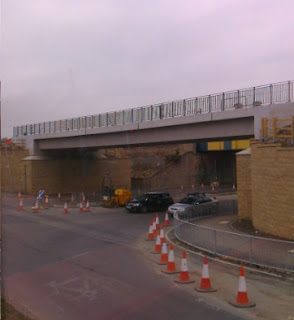 Note the railway bridge beyond.

Once out of the city centre and just beyond Haymarket Station ... 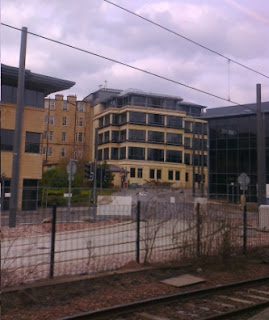 ... the tracks are almost completely segregated from the roads, first on the north of the railway tracks, then crossing to the south. 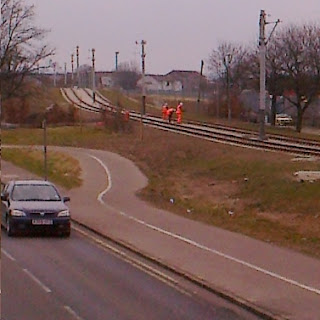 But there are a few exciting-looking highway crossings as here near the Gyle shopping centre. 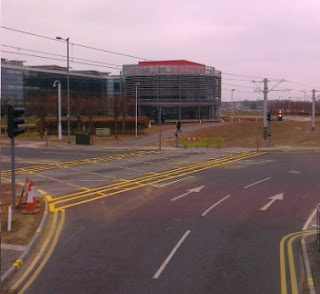 Indeed, the route from the depot at Gogar to the Airport disappears across farm and field just like the former Tramways Vicinaux in Belgium. 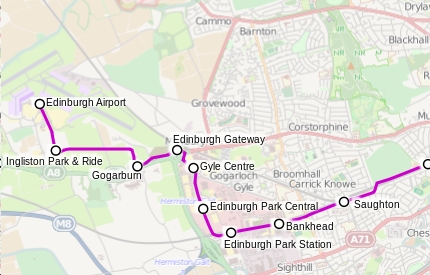 Unusable trams, delivered for the oft postponed original start date, languish in the Gogar depot, gently rotting in the rain ... 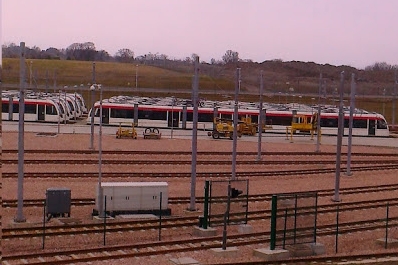 ... and costing the Council vast sums in interest charges. BUT, what does fbb espy at Gogarburn station? Snapped hurriedly from the window of a passing bus is a real live working tram. Apologies for the poor quality of fbb's snap but everything was moving; bus, camera, fbb and tram. The electronics have contrived to make it look as if there were a major earthquake in the Lothian region. 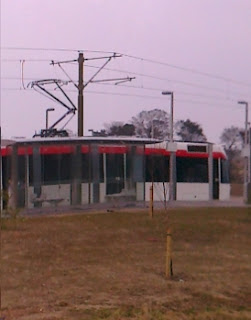 And here is the same real live, working tram equally badly snapped at its airport terminus. Basically, the only bit that the lads have finished is between Gogar depot and the airport; so they're playing with their toys and making sure that the fuses don't go phut. 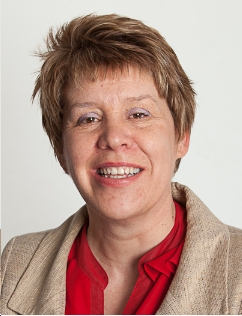 Ms Lesley Hinds, transport convener at Edinburgh City Council, insisted: "The tram project is now making good, steady progress in line with the revised schedule and, when finished, will be a vital part of a new, modern, integrated transport system for the future." She went on: "This particular part of the line is especially important and will connect the city centre to the airport, something that will benefit the people of Edinburgh and visitors for many years to come. As we've seen, the line goes right to the airport and will be convenient and accessible to all passengers."