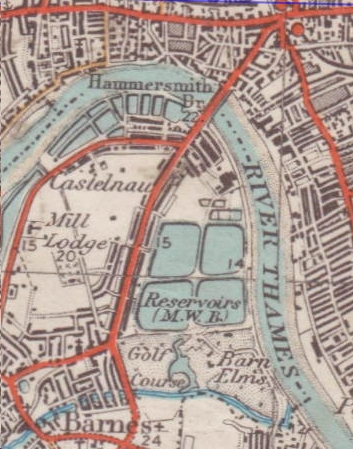 Castelnau takes it name from Castelnau-le-Lez, near Montpellier in France: in 1691, the 10th Baron of Castelnau and St Croix, a Huguenot, fled France for England following persecution, and his son, Charles Boileau, settled in north Barnes and his descendants developed parts of the area. Major Charles Lestock Boileau built Castelnau Villas ... 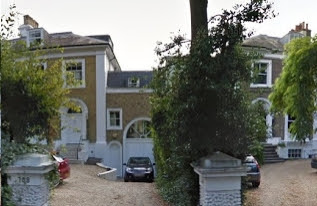 Apart from the development of the former Metropolitan Water Board reservoirs [MWB] into the London Wetland Centre ... 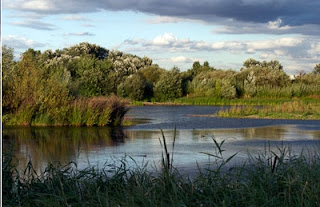 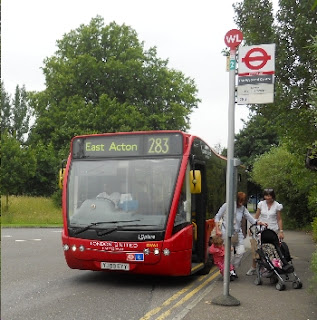 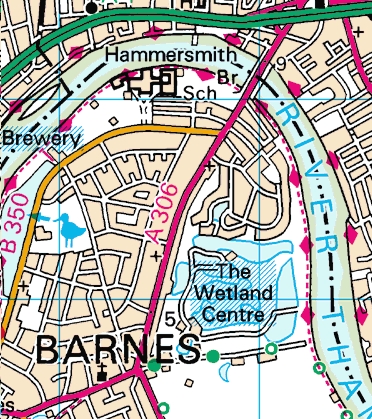 The London Buses map shows that routes have been provided to the areas to the west of the main road (Castlenau) ... 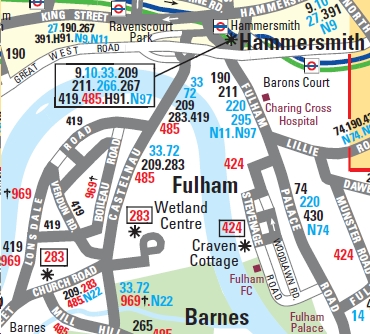 ... but the newer blocks to the east are unserved as such, residents needing to walk a goodly distance from their up-market appartments to stops south of Hammersmith Bridge. 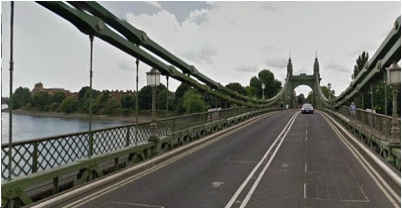 The focus of the westerly estate can be seen on the far left of the above shot.

There we can glimpse the distinctive twin towers of the Harrod's Furniture Depository ... 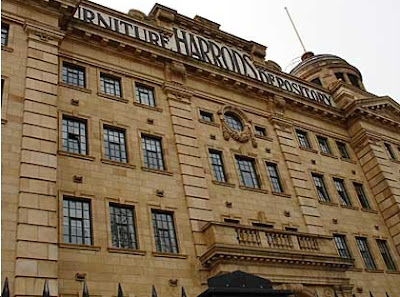 The Harrods Furniture Depository buildings flank the South bank of the River Thames near Hammersmith Bridge in Barnes South-West London, SW13. The Harrods Depository was built on the site of an old soap factory in 1894 as a storage centre for the larger items that could not be taken into Knightsbridge to the world famous Harrods department store. The present salmon-pink terracotta clad buildings were built in 1914. The buildings are no longer owned by Harrods but retain many of its original external features. In 2000 the conversion to a residential estate was completed, consisting of 250 townhouses and penthouse suites (Harrods Village). 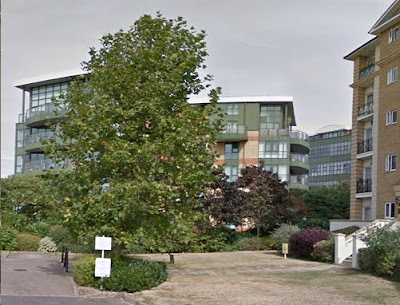 The popularity of the area is obvious from the marketing (and the prices!) as indicated by this overseas campaign. 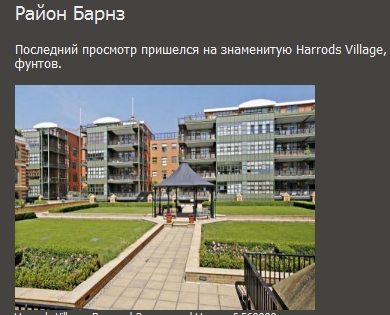 It is noteworthy that this vast development has no provision for buses within the estate. Presumably this was a decision of the developer who felt the aspirations of his potential clients lay above and beyond the humble (and degrading?) red London bus?

What drew fbb to have a look at this development? He would have lived on in blissful ignorance, half expecting to see a Harrods van unloading heavy furniture at the warehouse as the boats sped past last Sunday. [Apparently Oxford and Cambridge were in the final again this year?]. All the boat race maps still refer to the building by its traditional but now erroneous name.

Including The Thunderer (aka The Times). Here's an extract from its beautifully dawn map of the course as published on Saturday 30th March.

Depositary? The word does exist; is is an adjective meaning "pertaining to deposits". So, as those if a similar age to fbb will remember, the system whereby we paid an extra 3d for our bottle of lemonade and then recovered the outlay when we returned the empty bottle might be called a "depositary" scheme.

The correct word is, of course "depository", a place where things are deposited.

For the record, London United's 283 operates via the Wetland Centre, south of the "Harrods' Estate", seven days a week ... It's just an ordinary "pond"; in Barnes.

The route to / via the Wetlands centre is relatively recent, dating only from 2000. A chum, expert in London-centric omnibological matters, reminds fbb that the predecessor 283 was operated, between 1986 and 1989, by Scancoaches with very un-LT vehicles. 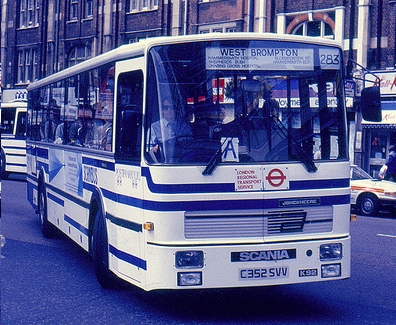 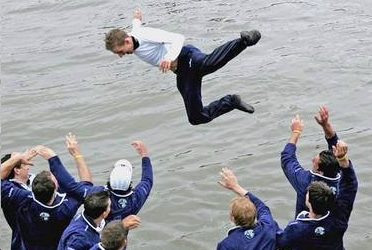 Fortunately, the Oxford cox did rise from the waters but with no obvious aspirations or qualifications to fit him for a monarchy.