Dateline : Saturday 13th April
Although the actual date was 14th April 1973, fbb and Mrs decided to visit St Andrews on the immediately preceding Saturday. As previously blogged, "Forfar 5, East Fife 4" (read again), trains are two an hour from Edinburgh Waverley to Leuchers whence there is a bus every 10 minutes to St Andrrews.

The Good News  : There are through fares including the bus.

The Bad News  : The B&B broadband is having an off day so fbb couldn't check actual prices

The Good News  : fbbs leave early enough to buy tickets at the station

The Bad News  : The queues are enormous

The Good News  : There are plenty of DIY ticket machines

The Bad News  : St Andrews does not feature on the screens

The Bad News  : The man say he can't issue an old fogey ticket including the bus

The Bad News  : fbbs pay £9.90 for two bus returns, Leuchars to St Andrews : thanks to politics, Scotland and Wales are not part of the Nation as far as the fbbs old codgers bus passes are concerned, "National" scheme - phooey!

The Good News  : Train Edinburgh to Leuchars is only £22.60 return for two OAPs 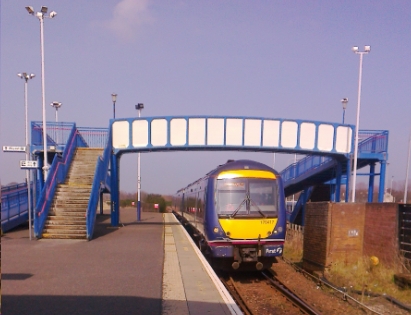 Over the footbridge to plentiful covered waiting area with bus due display ... 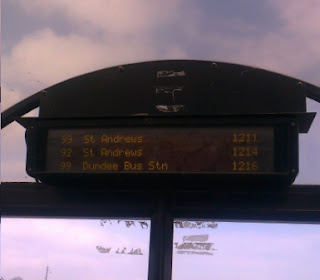 ... possibly only timetable times, but the vehicle did arrive when it said it would. 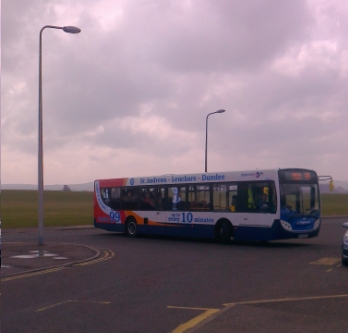 And a surprisingly good load for a ten minute frequency and midday on a Saturday, joined by a dozen or more off the train. 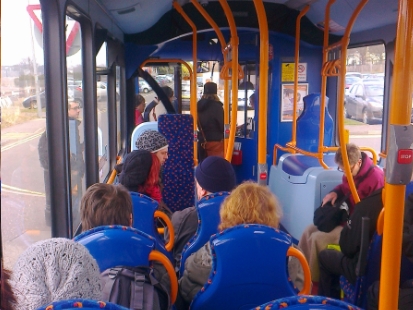 And so to town of ancient golf and ancient academe. One possible reason for good passenger numbers might have been that Saturday 13th April was, of course, the Kate Kennedy. How could one ever forget? Roads closed off, streets lined with excited people, drum and pipe bands. It was the Kate Kennedy!

The Kate Kennedy Club plays a significant role in the life of the university, maintaining University traditions like the Kate Kennedy Procession, in which students parade through the town dressed as eminent figures from the university's history, and organising social events like the opening and May balls. Founded in 1926, the club is composed of sixty matriculated students, who are selected by the club's members. The club has received criticism from the University principal Louise Richardson and alumnus the Duchess of Cambridge Kate Middleton over its previously male-only admission policy. In 2012, the club decided to allow female students to join.

Yeah, yeah; so it's a student parade. BUT who was Kate Kennedy?

The parade symbolises the history of St Andrews and the important points and people in it. It is held in honour of Kate Kennedy who was a prominent charitable woman connected to the town of St Andrews. As usual the role of "Kate Kennedy" is played by a bejant (first year male student). Anyway, the fbbs duly arrived in St Andrews, gazed nostalgically across from the "Royal and Ancient" towards the much rebuilt Old Course Hotel ... 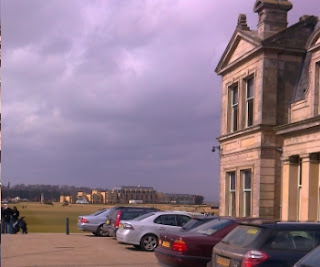 ... scene of their first delights of the marital bed. [stop sniggering at the back there; nothing happened. They were both so exhausted after the day's events, they slept like logs!]. A reminder of Church on Sunday 15th April 1973, here ... 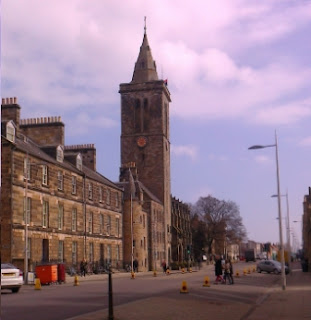 ... after which the new Mrs fbb was whisked on a whirlwind visit to ... 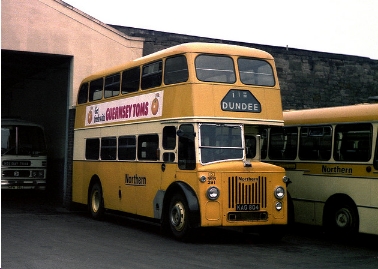 ... Dundee Bus Station. It has to be said that the cafe offered refreshments well below the standard of the Old Course Hotel. fbb enjoyed (?) a rather "weepy" cheese roll whilst both he and Mrs had cups of tea that had been made for at least a week. Arguably not the best start to a happy married life.

But, 40 years on, they are still a happy couple. Although, for less than obvious reasons, Mrs fbb declined a return visit to Dundee this time, despite fbb's protestations that the bus station was rebuilt and its cafe comestibles were consequently much improved. 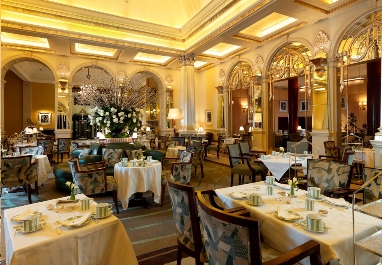 Perhaps not that much!

A happy day, thanks to splendid rides on First Scotrail's Turbostar 170 units. In fact, Scotrail is generally an impressive operation all-round. Many stations on the line to Leuchars are rebuilt, as here at Markinch. 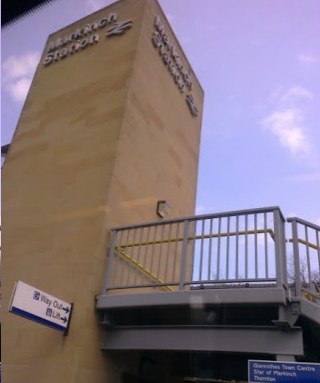 Further along the line at Cupar, the observant passenger can gaze, impressed, on Scotrail's railing and lamp standard store. 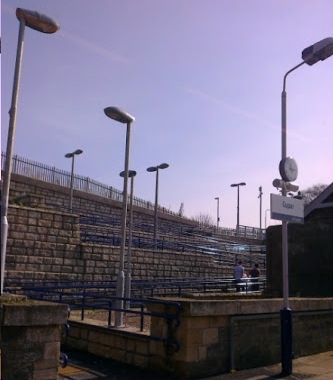 But, after a typically unfair fares fairly fustrating farrago, the rest of the day was splendidly nostalgic and, to cap it all, the sun shone brilliantly throughout!

Back to the Edinburgh Tram blog : Monday 15th April
Posted by fatbusbloke at 02:00