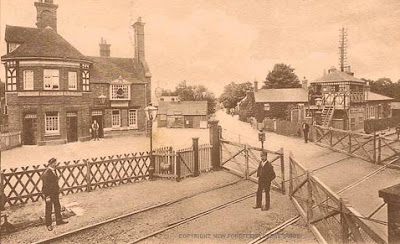 Brockenhurst is on the main electrified line between London, Southampton and Weymouth. It forms a useful gateway to the delights of the New Forest.


The New Forest was created as a royal forest by William I in about 1079 for the royal hunt, mainly of deer. It was created at the expense of more than 20 small hamlets and isolated farmsteads; hence it was 'new' in his time as a single compact area.

Two of William's sons died in the Forest: Prince Richard in 1081 and King William II (William Rufus) in 1100. Local folklore asserted that this was punishment for the crimes committed by William when he created his New Forest; a 17th century writer provides exquisite detail:

"In this County [Hantshire] is New-Forest, formerly called Ytene, being about 30 miles in compass; in which said tract William the Conqueror (for the making of the said Forest a harbour for Wild-beasts for his Game) caused 36 Parish Churches, with all the Houses thereto belonging, to be pulled down, and the poor Inhabitants left succourless of house or home. But this wicked act did not long go unpunished, for his Sons felt the smart thereof; Richard being blasted with a pestilent Air; Rufus shot through with an Arrow; and Henry his Grand-child, by Robert his eldest son, as he pursued his Game, was hanged among the boughs, and so dyed."

The view at the end of the station's platforms is still recognisable today. 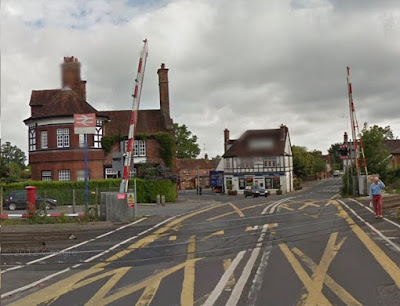 The line was opened in 1847, but then continued via Ringwood ... ... with the present main line to Bournemouth not appearing until 1888. Brockenhurst is served by Southwest Trains plus an hourly stop on the Arriva Crosscountry route. 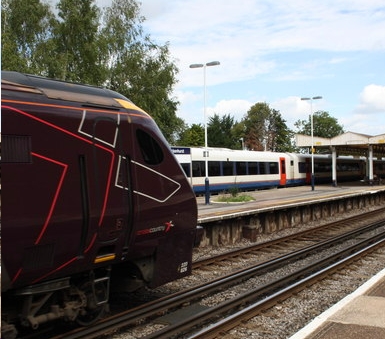 The station does, however, hide one tantalising little secret of railway history, but the casual pssenger might simply not spot it! It lies behind this innocuous blue door ... 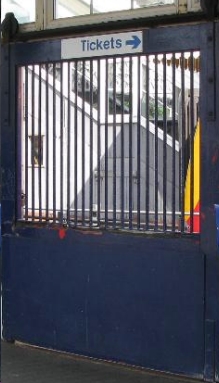 ... which we will investigate tomorrow.

The Lymington Railway Act received the Royal Assent on 7 July 1856. The LSWR was not really sympathetic and there was trouble from the Amiralty. The banch was privately promoted with local backers and directors. The line was inspected by Col. Yolland on 11 May 1858. but the passenger station at Lymington was not completed until 19 September 1859.

The branch runs alongside to main line to the former Lymington Junction, just southwest of the Sway Road bridge. 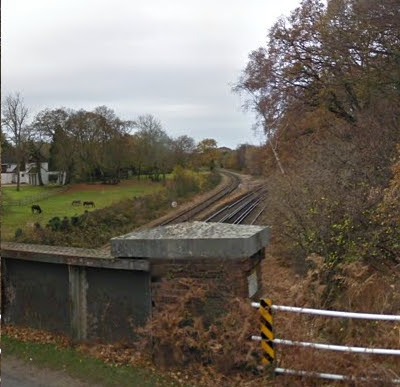 The present main line to Bournemouth continues straight to Sway and New Milton and, at the same point, the original line bore right to Ringwood. In this Google aerial shot, the Lymington line shows up as light coloured and the trackbed of the Ringwood line can just be spotted leaving the "main line" at the same point 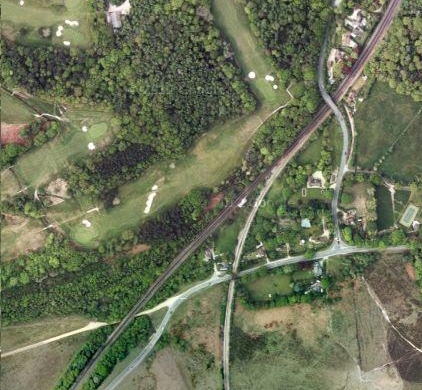 There is no physical connection at the former junction with stock transferring to the self-contained branch at Brockenhurst Station. But, once upon a time ... 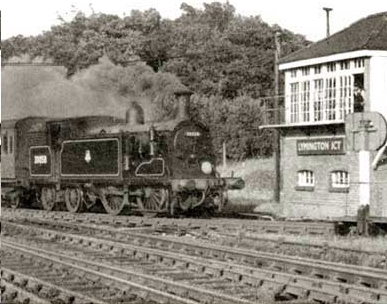 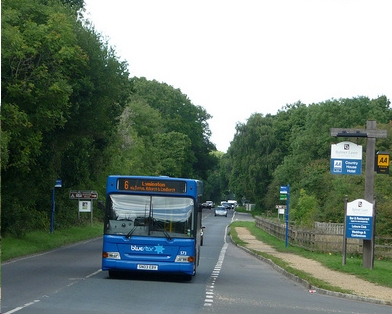 For the record, Brockenhurst has one "nomal" bus service, the Bluestar 6. Originally Wilts and Dorset 56 and 56A ... 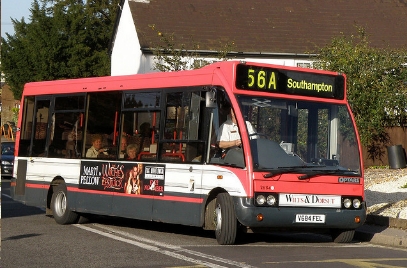 ... together offering a bus every 30 mins, the service "got the chop" a year or so ago and now runs only every hour. 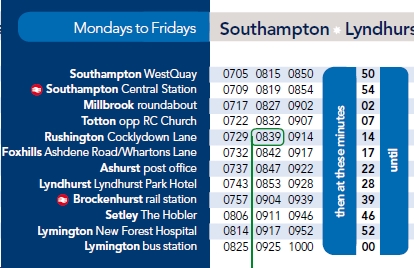 It is augmented in Summer by the premium-fare open-top New Forest tour. 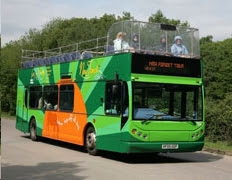 A lovely ride - if you can spare the cash!


Next Rail Blog : Friday 18th January
Posted by fatbusbloke at 02:00