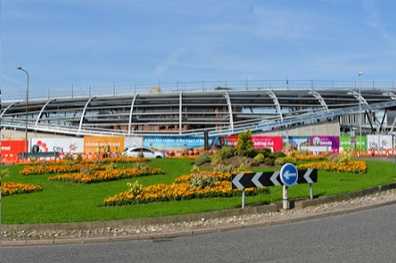 ... that's a lot smaller than the existing one!

Blog readers may have missed this snippet of news from the Stoke-on-Trent "rag" last autumn:-


Commuters and shoppers are being warned to allow extra time for journeys from Hanley bus station as the city council trials controversial changes which will see the number of bays cut by almost a third.  Stoke-on-Trent City Council is to trial the changes at the existing bus station in a bid to avoid chaos for passengers when the new station opens in January.

It has already postponed the planned autumn opening to avoid disrupting festive trade as passengers and drivers get used to the changes.

Transport groups say drivers are angry that the new £15 million station will include only 22 bus bays; down from the current 31. It was revealed last month how 83 spaces are to be lost at Hinde Street car park ... 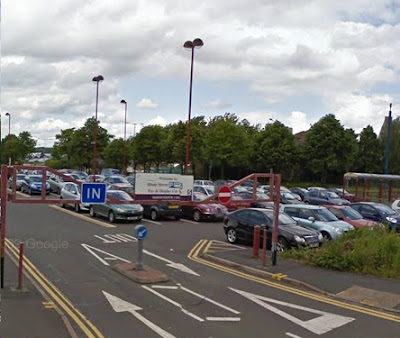 ... to make room for stationary buses waiting to change drivers – because they will not fit into the new station. That won't go down well with the floating motoring voting populace of Stoke.

Selwyn Brown, chairman of North Staffordshire transport group Aces, said: "The bus drivers are telling us that they have great concerns that the new bus station is simply not going to be big enough and there are going to be lots of problems getting in and out of it." 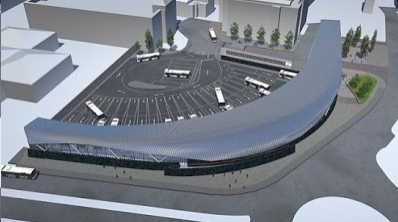 "They are certainly not happy and say it is possible they some buses will use stops around the station rather than going into it."

The latest news from Arnold Bennett-Land is the the opening of the new bus station has been further postponed, probably until February (2013?).

So, we hear you cry, "What was wrong with the old bus station anyway?" 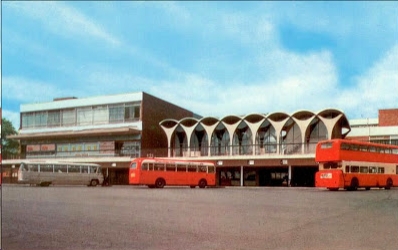 When it opened it was trendy, state of the art and led to the publication of this memorable postcard (above) revelling in all its glory. 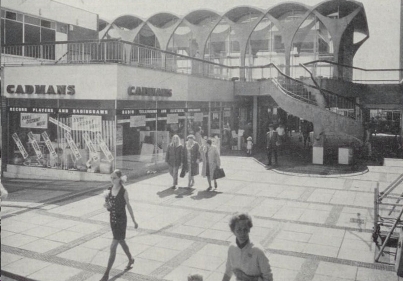 Now it is "tired" but, surely, could be refreshed and rebuilt to modern standards?

... the site is required for a brand new shopping, leisure and expensive coffee-shop facility, specially named to encourage the "youff" of Stoke-on-Trent to improve their spelling skills. 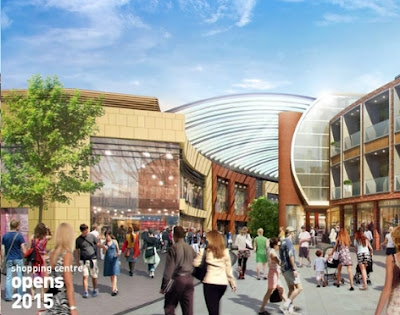 This thrilling retail experience (identical with every other thrilling retail experience in the UK) is scheduled to open, according to the above poster, in 2015. In a mystifying set of decisions, the facility was to have been the "East West" Shopping Centre, now adjusted to "S(C)entral"; obviously all the participants simply don't know where they are going with this one!

And if you needed confirmation of their directionally challenged proposals ...

“City Sentral”, a joint regeneration project for a second shopping centre, has also recently publicly announced a delay in its completion to 2016.

Maybe the planners should have asked a group of consultants to help them out; but preferably consultants who know what they are talking about. Like this one ... 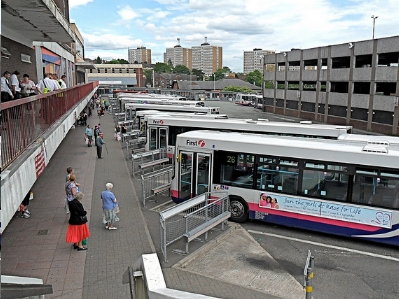 Eddie Cope, bus driver said, "At peak times in the morning and at tea-time every one of the 31 stands (in the present bus station) has a bus on it and you already have to sit and wait before you can park your bus. There is a lot of concern amongst the drivers. It will disrupt services and we will have nothing but grief from passengers. I can see some services will be diverted and not enter the bus station at all but stop somewhere else in town leaving some people with a mad dash to catch connections."

FirstBus added this to their website to explain the "trial run" of using less stands in the existing bus station.

From Sunday 7th October 2012 Stoke City Council will be changing the layout of the existing bus station in Hanley, resulting in most bus services departing from different stands to their current location. In addition all stands will be referred to by letters instead of numbers, and all buses will be departing from the main concourse, and no longer down the side adjacent to Charles Street.

The needs of the passenger? Who cares? 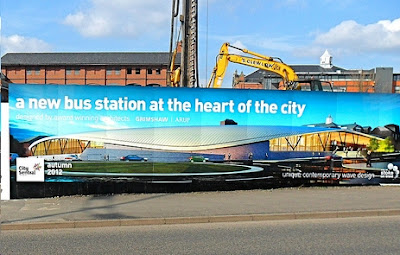 There is no on-line comment on the success (or otherwise) of the trial run. Our Northampton correspondent, who informed fbb of this crisis, is intending to pay a state visit to Hanley in the near future. His report is eagerly awaited!

And if this story sounds eerily familiar, substitute Northampton for Hanley and you have a near identical situation. Or Guildford (potentially). Or Newport Isle of Wight (definitely). Or ....... 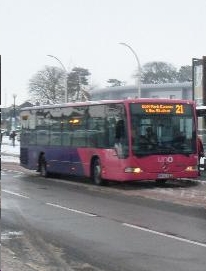 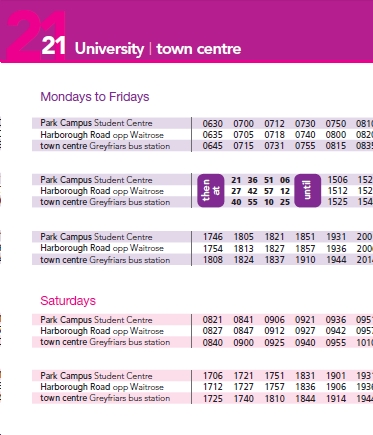 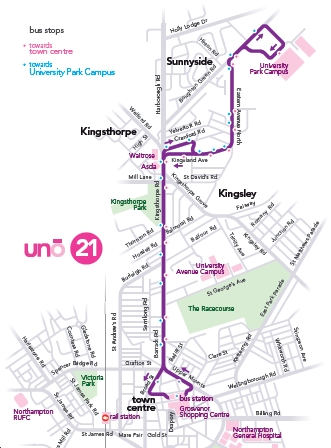 ... had appeared on the Northampton University site. By 1730 yesterday there was nothing on the Uno company site or Northamptonshire's bus timetable pages. On the latter, the "start date" has disappeared but the timetable was still only "available soon". The service started at 0630 yesterday morning.

Printed leaflets were available in the Tourist Information Office but not, of course, at the bus station! Nothing like giving your customers advance notice of your new product. And this has been nothing like ...

And fbb's new bus pass which took 17 minutes NOT to order on line and 1 minute to order by phone ... 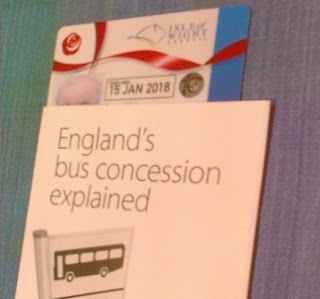