The Map of Mystery Award : The Sequel 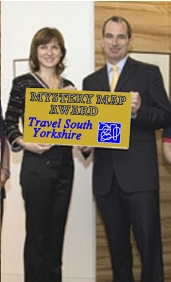 Many blogs ago, fbb reported on this prestigious and glittering evening in which the award was given to Travel South Yorkshire, yet again. Rumours have abounded of a determined effort to topple TSY from their throne of awfulness. fbb has been sent an edited transcript of a meeting of North Yorkshire County Council public transport department. The text and the illustrations speak for themselves. Real names have been redacted to maintain secrecy.
---------------------------------------------------
Preamble from Public Transport Officer  R

Now, colleagues, we have an ideal opportunity to topple the South Yorkshire folks from their jumped up podium as it's time to reprint and redesign the North York Moors bus map and guide. 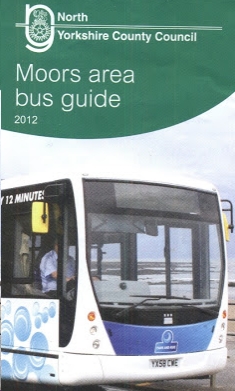 Senior Timetable Officer   B
We're doing all the usual stuff again, aren't we. 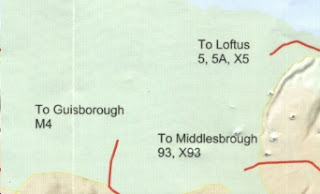 I mean. we don't actually tell people which way the buses go to get to the Moors by bus. And they'll be surprised if they look for an M4 in Guisborough because its a Moorsbus route and doesn't run very often. We wouldn't dream of showing infrequent routes in a different type face, for example. That's all pretty bad.


R    You mean pretty good, don't you? But we can do better than that, surely?

Assistant Timetable Officer  J
I've got a few suggestions. How about ... 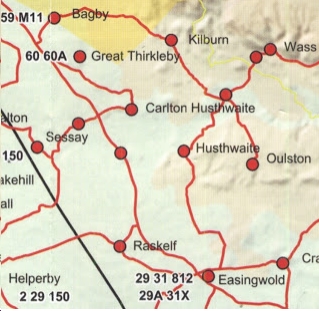 ... not showing which routes service which roads. And, this'll crease you up; make sure that some of the place names are missing. And there's more! Put place names where you can never be sure which red blob they refer to, like Sessay and Carlton Husthwaite.

R   Excellent work; it'll be chocolate biscuits for you in future.

How about not making it exactly clear what those black blobs are; and, where possible, printing over the top of them anyway. 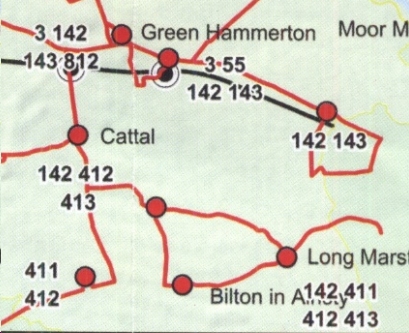 And we could print route numbers over the top of place names. That should send passengers the wrong way, given half a chance.


R   I am impressed. You should go far - but not by bus, that would be silly!

And (panting with excitement), How about a few unnecessary arrows placed quite arbitrarily, just for the fun of it ... 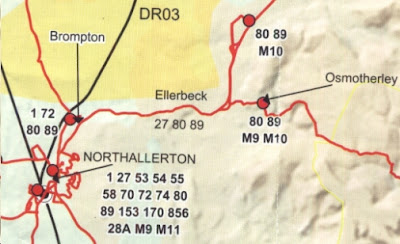 ... and even an arrow not quite pointing at anywhere?

I'll bet none of you have thought of this one. How about putting on a route that goes from ... 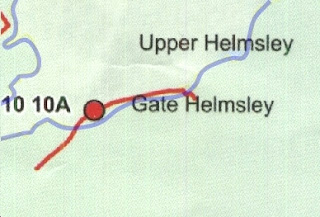 ... nowhere to nowhere! That'll have them rolling in the aisles. 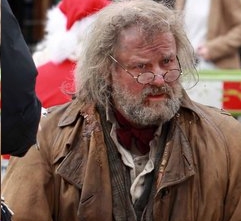 And don't forget to use words that most people won't understand. I've never been responsive to demand. I do my own thing. 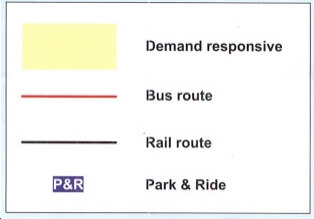 R   I think we've cracked it. My two year old grandson is good on computers ... 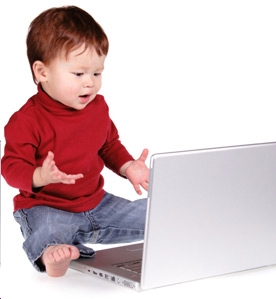 ... so I'll get him to draw the map. On second thoughts, he'll be too good; I'll do it myself. Then I'll get one of the "E" stream kids from Northallerton College ... 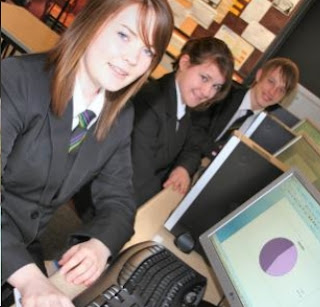 
Next Bus Blog : Sunday 6th January
Posted by fatbusbloke at 02:00