In the first part of the "Free Fares" blog (read again), fbb referred to the truncated former First Bristol service 18/518 between Hanham and Shirehampton. The implication was that this route had disappeared. fbb had boobed slightly, but with mitigation. Rotala's Bristol area operations have a bit of an identity crisis. Wessex Red; Wessex Connect, Wessex Bristol or just plain Wessex are some of the names used to confuse the elderly and those, like Winnie-the-Pooh and fbb, of small brain.

Wessex whatever-it-is-this-week does operate to Shirehampton and Avonmouth from the UWE and Abbey Wood areas as routes 501 and 502. 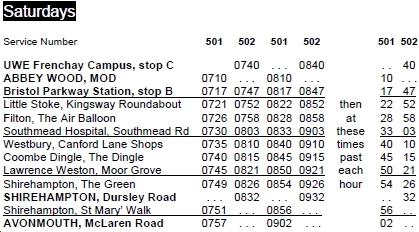 Who remembers "Needles and Pins(-a)"  by the Searchers? 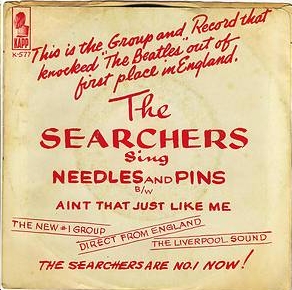 And that was the key industry of Redditch.


In the 19th century Redditch became the international centre for the needle and fishing tackle industry. At one point 90% of the world's needles were manufactured in the town and its neighbourhoods. 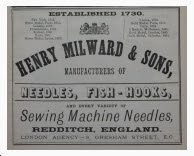 In the 1960s it became a model for modern new town planning. It was designated a new town in 1964 and the population increased dramatically from 32,000 to around 77,000. By the 21st century needle-making and other traditional industries had been replaced by modern light industry and services, with Redditch also functioning as a dormitory town for Birmingham. The automotive retailer Halfords and engineering giant GKN both have their headquarters in the town.

So a small Worcestershire market town  ... 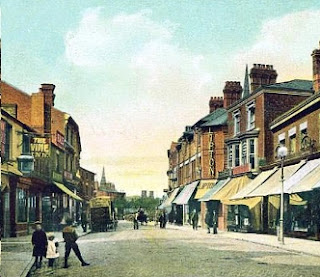 ... became something much bigger and, arguably, much less attractive. 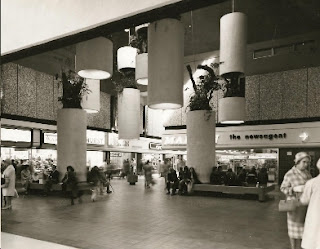 The planners made a brave attempt to provide for good public transport with numerous bus only links, but inevitably the motor car won the battle with a network of fast (?) main roads with potentially complex junctions. Indeed Redditch has the dubious pleasure of being the site of one of the few (the only?) "clover leaf" road interchanges in the UK at the (in)appropriatelty named "Headless Cross" 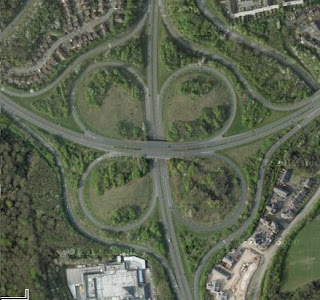 The so-called "clover leaf" and its multi-level derivatives, forms the only junction design (apart from a simple roundabout) that allows turns in all direction without conflict. Clever, but expensive in cash terms and land use!

So the small needle-producing community of the 1930s ... 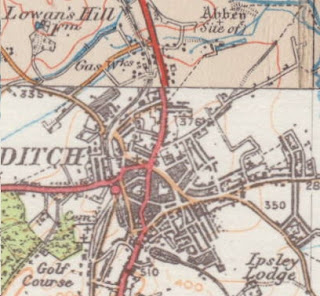 ... became the sprawling dormitory town of the late 20th Century. 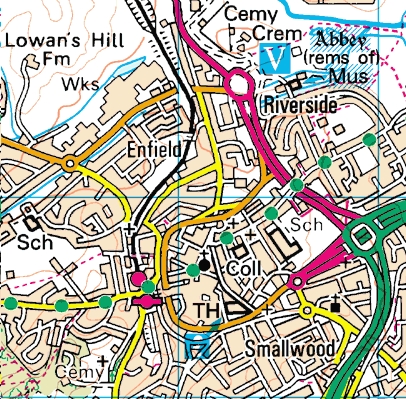 Like most growing settlements, the first significant public transport was the railway which arrived by way of a branch from the main line at Barnt Green in 1859. Thus it is that we examine the train service development in tomorrow's blog.

In the meantime, visitors to Redditch may like to visit the Forge Mill Needle Museum. 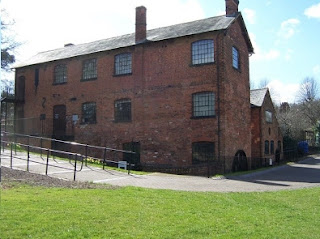 And if, like fbb, you wondered why Mrs fbb's knitting needles had the same name is a celebrated bubbly chocolate bar ...

... you might be able to find out. But not for a few days as the Museum is closed in January.

So next we record Redditch's three railway station sites with four station buildings; an unusual and intriguing train ride for fbb; plus a slightly quirky link with the town's bus services.

Who would have thought that Redditch would be so interesting? (?)