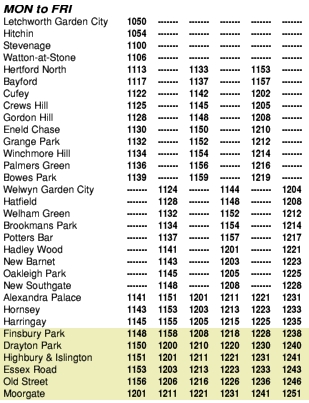 For many years the station at Finsbury Park showed the half finished remains of the Northern Heights extension plans ... 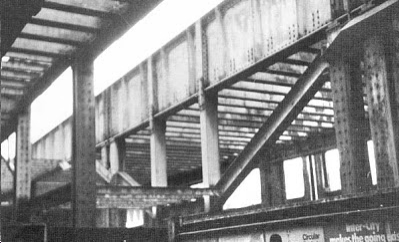 ... and, boy was it depressing! The present-day station is much better. 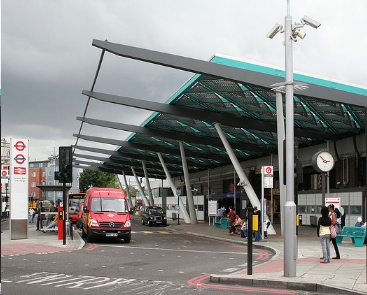 ... are virtually unchanged although there are less advertisements these days. 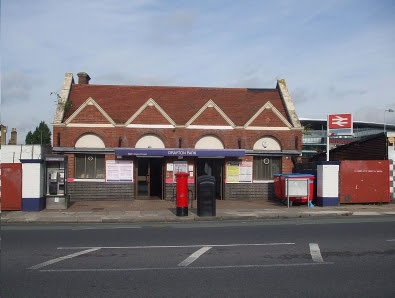 But the pillar box hasn't moved at all!

... complete with Metropolitan Railway signage. And, again, the former terminus buildings at Moorgate ... ... although changed at ground floor level ... 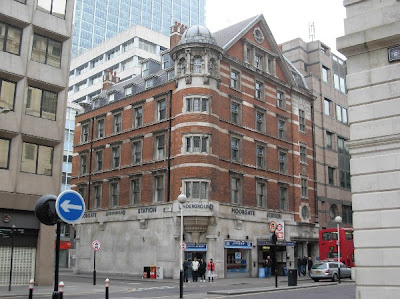 But the glory that was Highbury and Islington ... 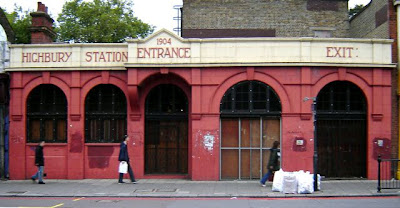 ... is replaced by something far more functional; if you can find it! 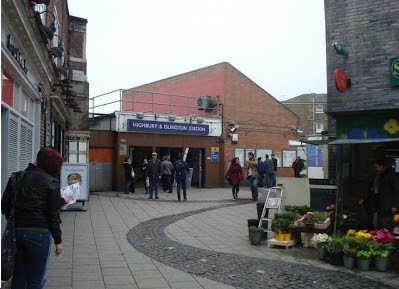 And as for poor old Old Street ...

... it was obliterated to make way for road improvements and now lies half-hidden in the middle of a busy and huge roundabout, accessible only by unprepossessing steps. 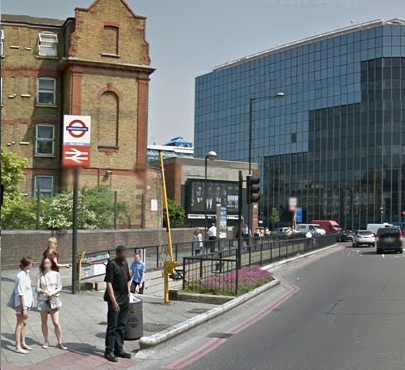 But what of the future. The original promoters had plans, never executed, to extend the line southwards to Lothbury near the Bank of England but occasional and impractical ideas still arise from time to time. One "doing the rounds" in the lines' small bore underground train phase was to link with the Waterloo and City line at Bank; impractical while the route is served by "proper" full sized trains.

Drayton Park station is within a footballers' spit of the huge Emirates Stadium ... 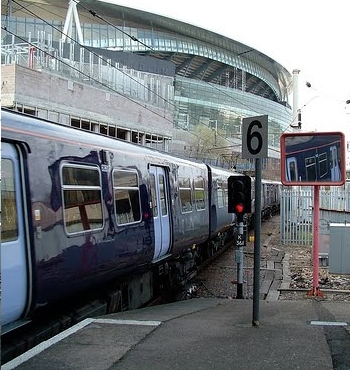 ... but, effectively, unserved for most matches which are on Saturday or Sunday when the line is closed. There has been some talk of running weekend trains but, in the convoluted and litigious world of railway franchising, it could be decades before anything happens - if ever.

So the Northern City line trundles happily on, serving its City-bound commuters on Mondays to Fridays only. What is the betting that most of the hundreds and thousands of those who travel know nothing of this little line's fascinating history?

At least fbb and his loyal readers have been reminded, nay even mesmerised, by the chubby one's Moorgate Musings and researches. The only bits of info the old fellow could not find were pictures and timetable for that replacement bus from Finsbury Park to Drayton Park. Any offers "out there"? 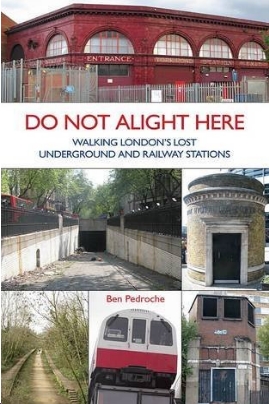 ... includes a walk from Finsbury Park to Alexandra Palace along the now lifted branch line. Thanks to Northampton correspondent, Alan, for pointing this out.


A Happy New Year
to all our readers!
May your trains and
buses run on time;
may your connections
be successful and
may God's blessing be
upon you.

But tomorrow, it's back to buses!

Next Bus Blog : Wednesday 2nd January
Posted by fatbusbloke at 02:30