Various sons have shown true originality in proffering "gifts most rare" to fbb; and gifts that were very much appreciated. For some reason many of his treasured festal goodies have a transport connection. Can't think why?  For example, No. 2 son, not renowned for his high expediture levels, sent a paper cut-out Routemaster model. 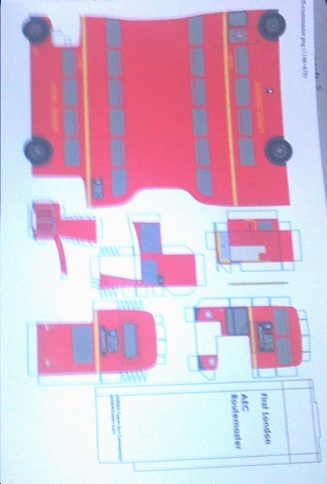 fbb, well known for having more than the usual number on thumbs on each hand** has yet to tackle the tricky task of cutting out, folding and gluing this model of a "Heritage Route 9" Routemaster. But at least it looks like a Routemaster. It my not when it's made up ....

But this is, well, quirky! 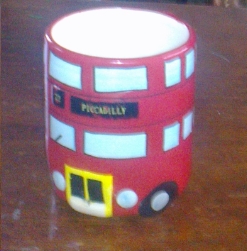 A bus mug with a difference. It shows route 22 to "Piccadilly" which is not a bad effort as the London Buses 22 does terminate at Piccadilly Circus ... 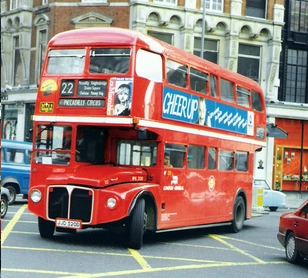 ... although is no longer equipped with Routemasters! And certainly not ones with a yellow radiator cowling. 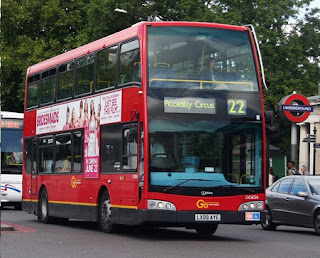 Daytime frequency is every 7/8 minutes.

The mug has other problems. It could, if built as per the pot, only rotate on its axis, but this lack of forward progression would not be a significant commercial disadvantage as there is no way of getting on or off. 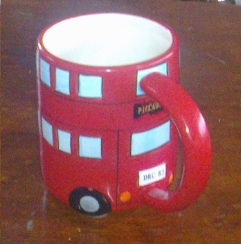 It showed registration number DRC 97 which, as far as fbb knows, was never carries by any bus, let alone a cylindrical routemaster. Sadly, despite being advertised as "dishwasher friendly", the self-same dishwasher has been unfriendly towards the mug and both reg. plates have washed off plus half the destination blinds.

But thanks to No. 1 son for a delightful gift. The lad's generosity didn't stop there, however, and the book that he gave to old chubbo will feature in tomorrow's blog.

Which bring us to a gift from Church colleague Peter. Another Routemaster no less! 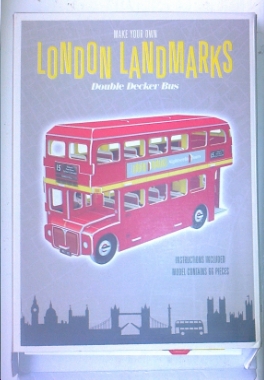 Now this should be easier to put together. Those who purchase flat-pack furniture from IKEA would find assembly a dead cinch. fbb is not so sure, ever mindful of finishing the job and having a few significant bits left over. It is just a fold and tab job with no glue required and, bonus of bonuses, it is already cut out. 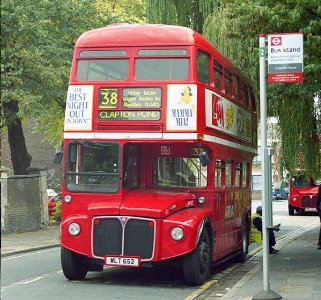 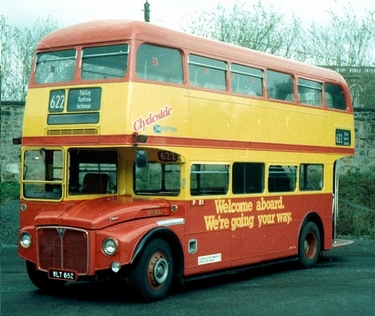 ... and returned to operate Heritage route 15 as correctly shown on the model. 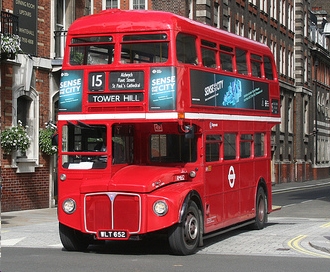 fbb will report back when assembly is complete. Bet you can't wait.

Peter (Church Peter, that is) recently also gave fbb a squidgy bus to use as a sort of "stress ball". 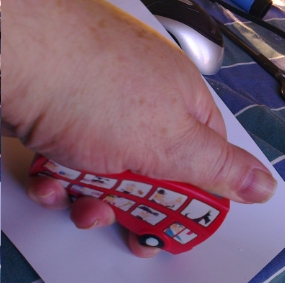 As Peter said, "You'll find that useful when blogging!" 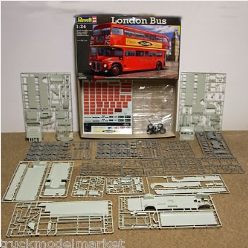 fbb would quite like the Revell Routemaster kit to make up but domestically such a purchase would be impolitic. Back in the 1980s he bought a large scale fire engine kit whilst on holiday in Cornwall. The partly finished model is still in its box in a bedroom cupboard!

All gifts, however inaccurate, are much appreciated. Do any of fbb's blog readers have any similar "unusual" but "appropriate" seasonal gifts?

** Statistics are fun, part 17 : Statistically most humans have more than the average number of legs.

Next Bus Blog : Sunday 13th January
Posted by fatbusbloke at 02:00