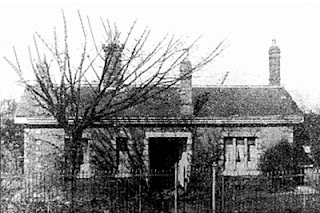 In 1859 a single track branch opened from the Midland Railway's main line at Barnt Green to Redditch. There was one intermediate station at Alvechurch and the terminus was the above modest structure on Clive Road, north west of the town centre. Nothing remains of the original site, although it would be nice to think that these railings ... 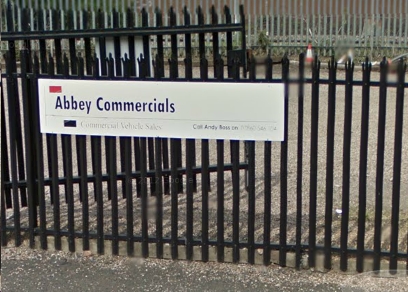 ... around the yard of a van hire company close to the original location, might be the 1859 originals recycled. Sadly fbb thinks they are modern.

The Evesham and Redditch Railway linked up coming from the south in 1882 and a new station was built just south of  Bromsgrove Road. This necessitated a tunnel under Mount Pleasant a short distance south of the new station. 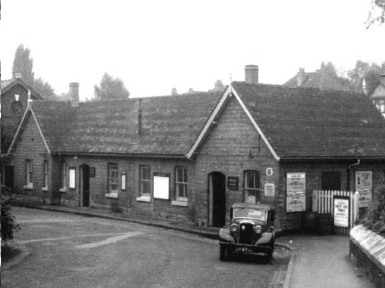 The Evesham line closed in 1962/3. The site of the Tunnel is made easy to spot from the southern approach as the road built on the former trackbed is cunningly named Tunnel Drive. 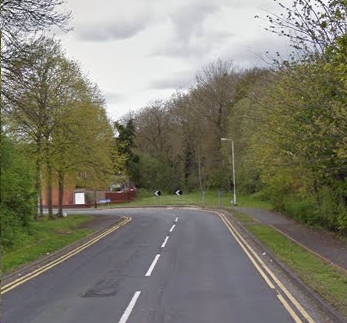 Go straight on here, through the trees and you would find the erstwhile tunnel entrance. Similarly from the north the trackbed is clearly visible in the aerial shot. 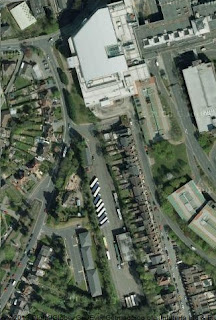 The second station site was where the big slab of a shopping centre with bus station was built (top centre) and the tunnel entrance is bottom centre. And what, pray, are those little rectamgular white and grey ants? 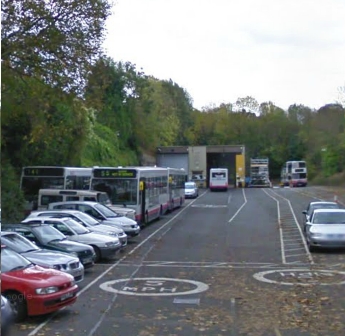 They are buses, no less; because this luxurious facility (note the lavish undercover maintenance sheds in the background) is the First Bus "depot" that Rotala (Diamond Bus) has "bought".

In order to build the aforementioned Redditch shopping experience, the line from Barnt Green was cut back to the north side of Bromsgrove Road. By that time, the station had been reduced to nothing but a bus shelter.

fbb has visited Redditch only once and briefly (date not remembered but probably late 60s). The train service had been progressively reduced to two peak hour single journeys from Redditch in the morning and back in the evening. The evening stock returned "light" to Tyseley Depot.

Recognising the threat of line closure, fbb and West Midlands chum John decided that the possibly doomed line had to be "done", so took one of the evening trips; intending to return by bus. Your rotund railway rider is fairly convinced that it was the second station (south of Bromsgrove Road) that formed the lavishly appointed terminus. He remembers greenery behind the diesel train ... 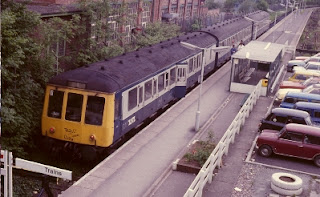 ... rather than the factory premises as seen at the third station site.

Anyway, having arrived on the one-way train, the driver and guard appeared concerned for fbb's presence of mind and/or sanity. "How are you getting back?" they asked, "There aren't any trains." fbb and chum proffered their aim to catch a bus. "Don't bother with that, mate, it'll take hours. Hop in and we'll drop you off at New Street."

And they did. That was the only time that fbb has ever had a free lift in a train! 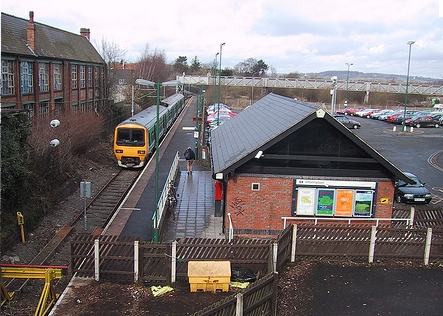 The Bimingham Cross City Line was inaugurated in 1978 with a much improved service to Redditch, and the present electrification was completed in 1993. The town now has a car park and a nice compact station building ... 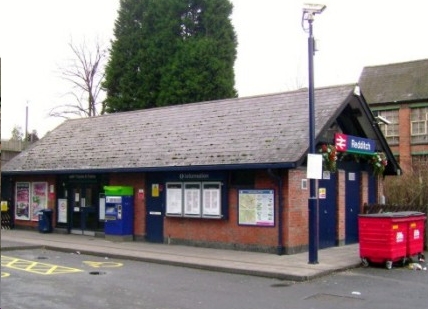 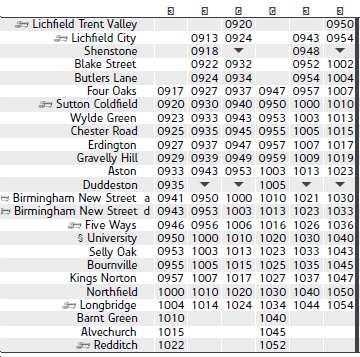 Just across Bromsgove Road (or, better, through a subway) we come to the bus station ... 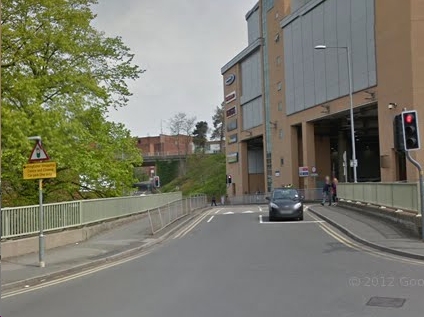 ... which leads us naturally on to the Redditch bus services and (eventually!) a review of what First Bus has sold to Rotala aka Diamond Bus.


Next Bus Blog : Friday 1st February
Posted by fatbusbloke at 02:00