Too Noisy, so Torque Quietly

To get something to move you need quite a lot of "oomph" (with apologies for the use of a technical engineer's term) but, once the vehicle is trundling along, you need less "oomph". Most buses, lorries and cars have a gearbox to cope with this problem. Low gears get you going and high gears are ideal for steady trundling at speed. 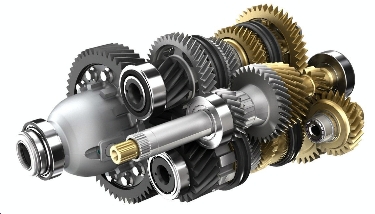 These gearboxes are noisy complicated things, needing gear levers and a clutch and lots of clever and expensive engineering. So is there any alternative?

Now try this. Start up your electic fan. 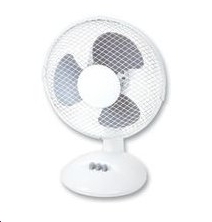 A lovely blast of cold air to refresh your overheated brow after an hour or so of feverish blogging. Now hold your kiddies plastic windmill in front of it. 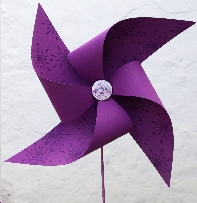 What happens? The windmill starts spinning merrily. Congratulations, you have made a torque converter; a remarkably useless torque converter to be sure. You have converted one chunk of "torque" into another via a fluid, namely some air!

Now, replace the fan with a sort of metal spinny thing driven from the vehicle's engine. Connect another spinny thing to the wheels and drop the spinny "rotors" into a tank of gloopy oil. The two rotors don't touch one another; there's no metal to metal contact. Oh and the "blades" are far more complicated in design than those on fbb's simple version.

So, when starting up, the engine can whizz quickly and stir the oil furiously. The rotor attached to the wheels takes up the spin slowly until both rotors are turning at the same speed and the vehicle is on the move.

Clever eh? No gearbox, no clutch, no clunky levers. Seemples 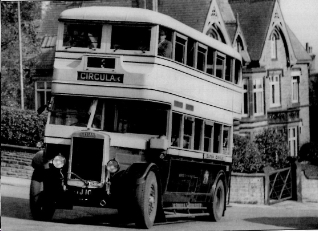 This vehicle was completed by Leyland Motors in December 1932 and it was one of the earliest buses to feature a hydraulic torque converter, in place of a sliding mesh gearbox. The advantages claimed were ease of driving and quietness due to the lack of a spur geared drive system.

Although Sheffield was a city built on seven hills, the easy driving feature was not the main reason the why Arthur Robinson Fearnley (grandfather of you-know-who) was interested in the torque converter drive line.

On the introduction of the Outer Circle 2 and 3 routes, the Leyland TD1 L24/24R double decker was the standard bus. The TD1 Titan was a great improvement on the previous Leyland and AEC buses of the late twenties. The TD1 performance on acceleration and hill climbing was a great asset in Sheffield operations. One negative feature was the high pitched "screaming whine" when climbing a steep hill. Most city residents accepted the noisy progress, 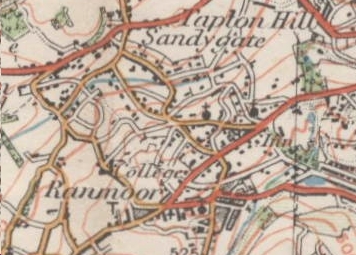 However, the middle class residents in the Ranmoor and adjacent areas were totally against the running of the Outer Circle service in their districts. Soon after the 2/3 was introduced, Mr. Fearnley was inundated with complaints from these aggrieved people. Many of them were his neighbours and he was "eyeballed" in the street and challenged at posh dinner parties.

In A.R.Fearnley's view, the new "gearless" buses, claimed to be silent in operation, seemed to.be the perfect answer! Therefore TJ 10 was hired to STD for trial operation and predictably, was tried out on the Outer Circle route as pictured above.

Unfortunately, the petrol powered TD2 TJ10 was not very good in hill climbing performance and the 2/3 was served by AEC Regent, pre-selector buses from 1935. For the record, TJ10 was numbered 127, converted to clutch/gearbox standard in August 1933 and purchased outright in March 1934.


Sheffield took the torque converter gearless Tiger and Titan buses into stock up to 1941 but never used them on full duties on the Outer Circle route. They were bought, for example, for the conversion of the Nether Edge route from tram to bus operation (route 61) in 1934. 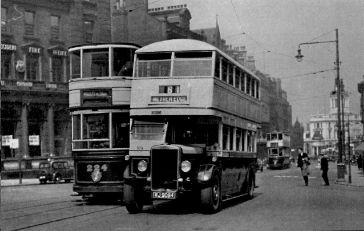 It was (quite rightly) thought that it would be easier for former tram drivers to transfer their skills without having to master all that nasty gear changing complete with double de-clutching.

"But," we hear you cry, "if this torque converter technology is so super and smashing, why haven't we all got it?" If you own an automatic car, you probably have; but it might be called a "fluid flywheel". There is an esoteric technical difference because it won't be completely "gearless"  but, hey, the core transmission technology is the same. 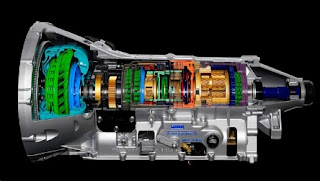 BUT! A torque converter is very inefficient; all that "torquing" (and not much "going") at low start-up speeds. The initial "oomph" has to go somewhere. And it is converted into heat; so much heat that in early examples the oil in the box would boil! Very wasteful of fuel to use it for just boiling oil.

So modern vehicles tend to be fitted with a slickly engineered "nomal" gearbax with some very clever twiddly bits to make it work without doing the manual gear lever and clutch business. Don't ask how, please. fbb is dreading a response from his engineer chum, Alan, who will severely castigate the chubby one for getting it all wrong.

Next Bus Blog : Saturday 12th January
Posted by fatbusbloke at 02:00