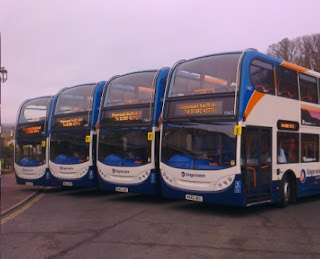 Various on-line articles suggest that Stagecoach had bought 8, 9 or 10 vehicles to re-equip services 52A and 52B. In fact there are nine; eight for the full Monday to Saturday service and one spare.

The local press said that the buses would be in a special new livery. Actually no. They are in standard stagecoach colours etc. but the "launch four" currently have posters in their advertisement frames showing bits of Sidmouth. 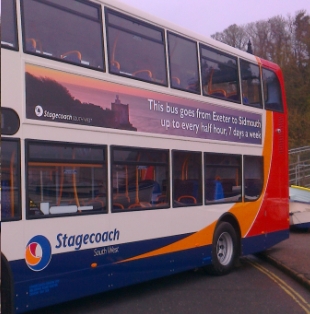 This one shows the tower at Connaught Gardens and popular stroll destination for many residents and visitors like, including fbb and Mrs fbb. 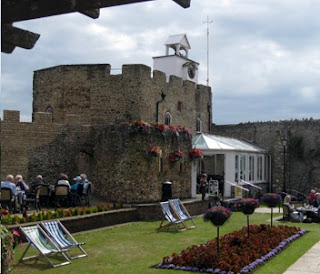 Connaught Gardens are located in an important strategic location, looking out to sea and along the coastline for some distance. During the Second World War, they played an important role in the defence of the south coast. They were closed to the public and two 138mm swivel guns, taken from the French battleship ‘Paris’ were installed looking out to sea (although a lack of shells meant that they were only fired a few times!). The clock tower was fitted with a searchlight and another gun was placed in the Sunken Garden for practice. A concrete emplacement was built near the main entrance to the Gardens and this can still be seen today.

Doubtless the posters will soon disappear in favour of revenue earning advertsement panels. 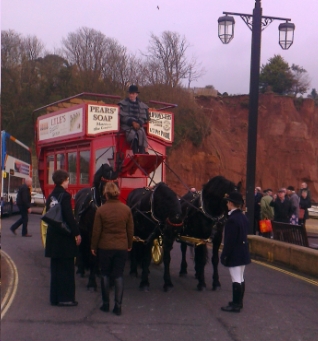 ... are Friesians (like the cows!) and a part of a set (flock? herd? team?) of five who live in Scotland and travel in a luxurious specially built horse-box ... 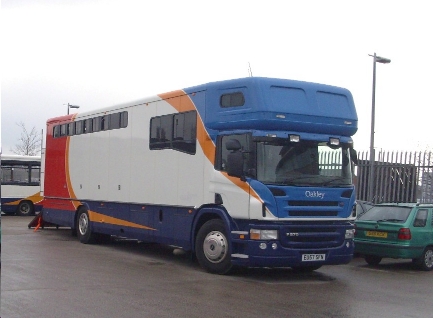 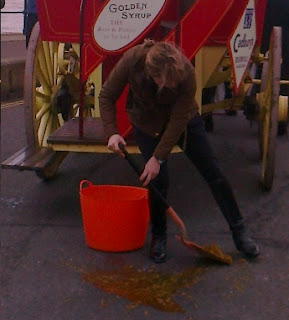 The Friesian (also Frisian) is a horse breed originating in Friesland, Netherlands. Although the breed's conformation resembles that of a light draft horse, Friesians are graceful and nimble for their size. During the Middle Ages, it is believed that the ancestors of Friesian horses were in great demand as war horses throughout continental Europe. Through the Early Middle Ages and High Middle Ages, their size enabled them to carry a knight in armour.

They have been known to carry a knight in the 21st century, namely Sir Brian Souter, boss of Stagecoach and their owner.

The bus is a reproduction. Note the appropriate adverts. 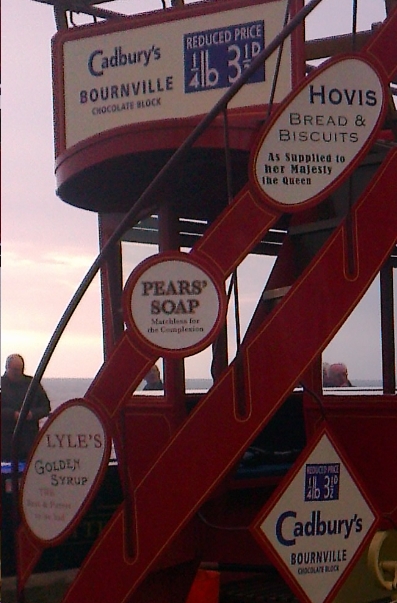 Whilst 3.5 old pence might seem cheap for a 4oz bar of Bournville, the equivalent in today's money is roughly £1.50!

And, thanks to blog commentators' comments: the original route number (9) for the bus service from Exeter to Sidmouth became 339 in the renumbering as a result of the merging of Devon General with Western National in the late 70s and was renumbered 52 when converted to minibus operation by the privatised Devon General an the late 80s.

The Sidmouth launch was a superb event; fbb and Mrs fbb were made very welcome indeed with Michelle Hargreaves (MD) taking time to chat to them both. Helen, who actually sent out the invite, was very interested in the fbb blog and has agreed to forward any other newsworthy items from Stagecoach South West.

Warm and enthusiastic thanks to all concerned. 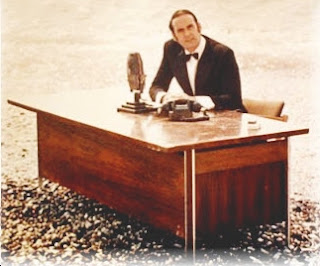 And now (well, tomorrow actually), for something completely different!


Next Bus Blog : Friday 11th January
Posted by fatbusbloke at 02:00