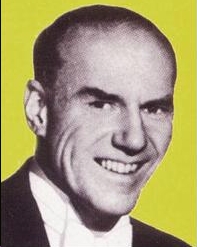 Southern Vectis' depot is on Nelson Road in the Island's "capital", Newport ... 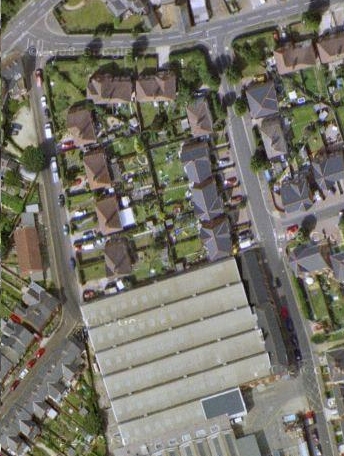 ... right in amongst narrow roads and former council houses which, to be politically correct, we must probably now call "local authority properties provided for families with multiple social difficulties". In the years between the two world wars it was the policy to site bus depots where the staff lived, so they could walk to work. Modern policy with depots on out-of-town industrial estates now ensures that the staff can't get there if the weather is bad. Progress, eh?

The estate roads are narrow and the corners are tight, absolutely ideal (!) for getting today's bigger buses in and out (depot main entrance below, left). 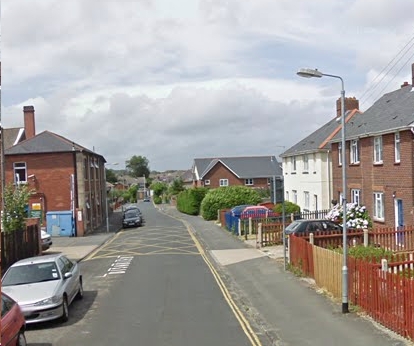 The back door is even better / worse. 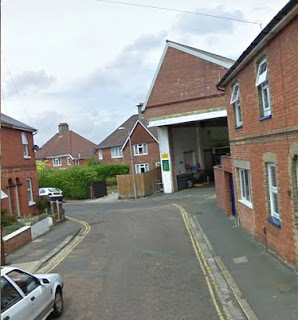 And it snowed on Friday. This is the third January snow in a row on the Island, and, despite clear warnings from the forecasters, most of the residents and all of the local media went into panic mode. Likewise those Island drivers who ventured out were mostly from the "lead foot on the gas pedal" driving school with consequent problems on anything that might be deemed more than a gentle slope. The hysteria was best illustrated by insurgent activity by the militia of Nelson Road. 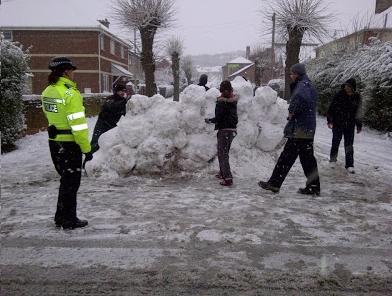 Residents blocked Nelson Road, Newport with a snow barricade in protest at the route not being gritted. They claim Nelson Road, which has been home to the Southern Vectis bus fleet depot for decades, is dangerous during ice and snow. 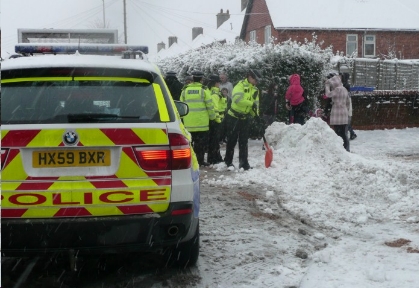 Presumably it has been since the depot was opened in 1934. A bit late for a protest, then?

Their wall of picturesque frozen water crystals blocked the exit for all Southern Vectis buses, most of which had long-since left the depot. This is the snow-less junction:- 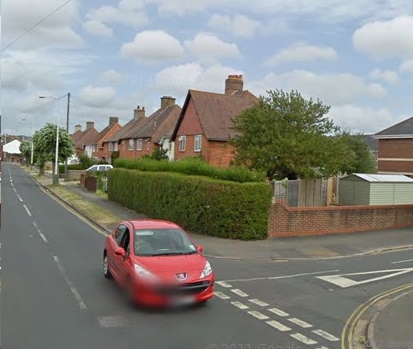 Resident for more than 40 years, Vinnie Strickland, said: "It is completely ridiculous. Whenever there is ice and snow buses and articulated vehicles are all over the place, skidding and sliding. There is real danger that someone will be killed. This time, when it snowed, people (kids at home 'cos school was closed?) decided to do something about it and built a wall of snow. They want either Southern Vectis, or the Isle of Wight Council to take responsibility and grit the road."

Some of those involved in the protest hurled snowballs at police who had been called to the scene. Police at one stage faced a barrage of snowballs but adopted a "light touch" approach. 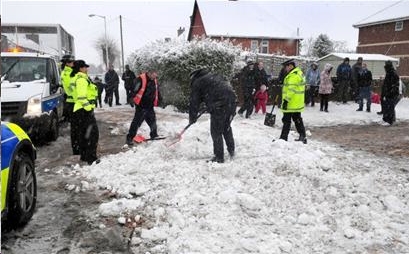 They were joined by Isle of Wight Council highways and Southern Vectis staff, who gritted the road and pavement, and dismantled the wall. 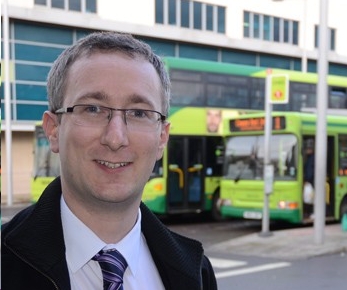 ... said: "If we do consider the conditions to be hazardous then we have an arrangement with the council whereby the access is gritted appropriately. In this case, however, snowfall was relatively light and our drivers, who are professionally trained and given specific advice on driving in adverse weather, did not encounter any problems, other than the snow wall built by residents."

Some buses did get stuck, this on (possibly) the steep and exposed road betwen Niton and Blackgang. 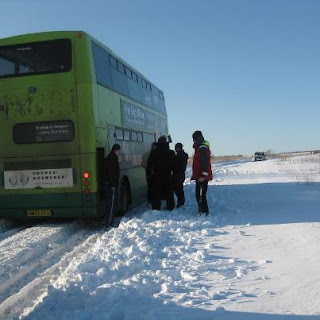 Wasn't it a Strickland on the telivision (sic) programme "Neighbours from hell"? A Strickland up that early in the day doing some manual work. Never been known before! 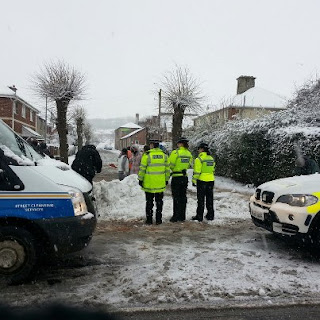 depot in background behind police

Sadly I witnessed these morons and they (sic) stance they took towards the Police. The wall they built was substantial, luckily not as dense as the residents that built it. Their argument was aimed at (sic) buses using the road in these conditions so they built a wall that was impassible by any ambulance or fire engine. Perhaps the residents could channel their efforts at (sic) perhaps clearing the road of snow rather than verbally abuse (sic) the Police.

Apart from illustrating the benefits of modern education, particularly in written English, these comments would, in general terms, be supported by fbb. Most of the Island's chaos-creating precipitation had gone by Saturday morning. 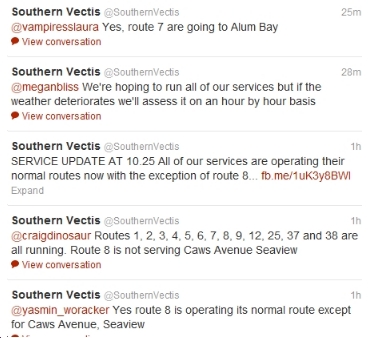 fbb is sure all the senior citizens of Seaview have been glued to their laptops and tablets (having remembered to take their tablets) to keep up to date with all the "twits".

*** It used to be a sure sign of old age when you noticed that policemen were looking younger. Now it's bus managers!

Next Bus Blog : Tuesday 22nd January
Posted by fatbusbloke at 02:00