Xpansion of a Bristol Bus Route 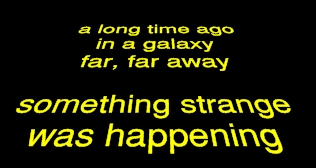 Not that far away actually, but in Bristol!


Not quite so long ago there was a route 18 between Shirehampton, Westbury, Frenchay, Kingswood and Hanham ... 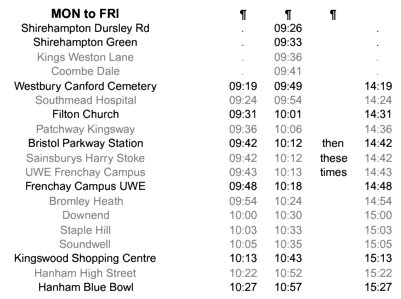 ... a sort of North Bristol outer half-circle. Tendered (non-commercial) journeys were numbered 518. But by last Summer even its curtailed replacement was under threat.

First Bus is withdrawing from the only bus service linking parts of South Gloucestershire with Frenchay and Southmead hospitals, despite passenger numbers almost doubling in the short time the service has been running.

The bus company currently has a contract with South Gloucestershire Council for the 18 service which runs from Emersons Green to Southmead Hospital via Downend, Frenchay Hospital, UWE’s Frenchay campus, Parkway station and Little Stoke. 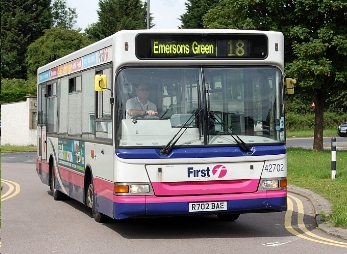 A spokesperson for First Bus said: "We can confirm that we have given the Council notice of our intention to withdraw from operating Service 18. We began operating this service in September 2011 and have done everything we can to make it financially viable since then, for instance altering the timetable a number of times to make it more punctual and reliable and therefore more attractive to customers. Problems still remain though and while passenger numbers have increased since we've had the contract, they are still short of what we had hoped, making the service financially unsustainable for us."

But that was then and now is now (as they say?) and deals have been struck to ensure the continuation of the service; and in January came an enhancement. 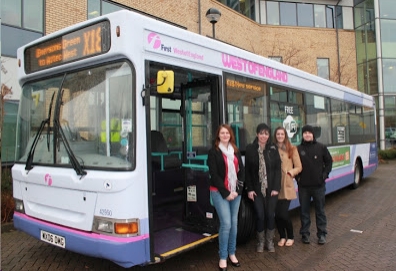 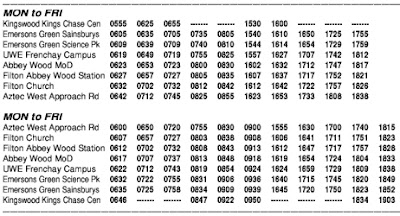 First incorporates the X18 with the 18 on its publicity leaflet ... 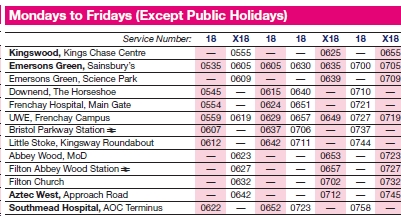 ... which is a little strange as the services only have two time points in common. And the accompanying  but otherwise excellent map also shows the two services together and in the same colour which could be confusing to an outsider ... 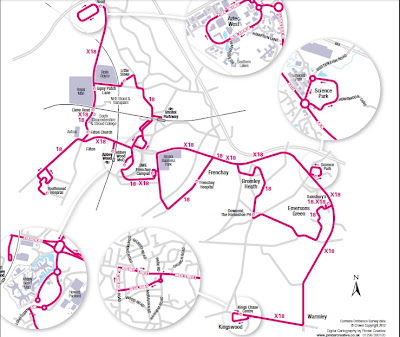 ... which is why fbb has extracted a simplified version. 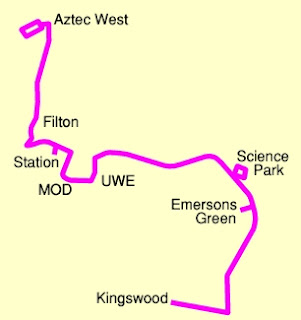 UWE is the University of the West of England, as attended by fbb's No. 1 son ... 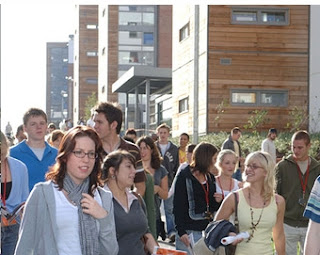 ... MOD is the monstrous Ministry of Defence Office complex at Abbey Wood ... 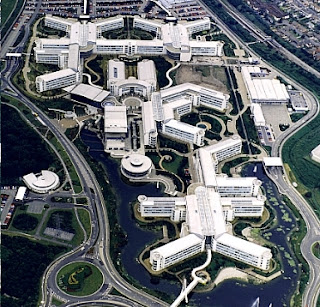 ... "station" is Filton Abbey Wood (with just a small chunk of the MOD offices in the background) ... 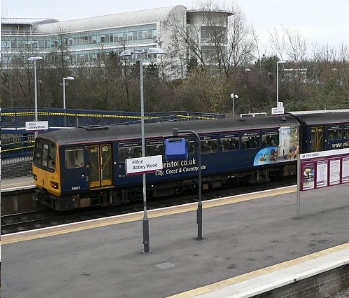 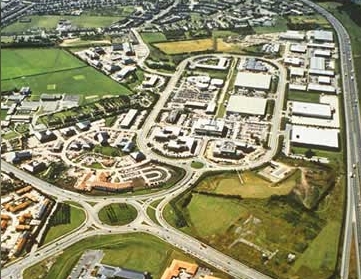 So there are plenty of potential commuting customers to crowd on to the X18!

Now in "the good old days" a bus company might put out a pile of leaflets for a new route and hope for the best. Indeed (as we have seen recently for new service 21 in Northampton), sometimes information is simply not available at all.

Which reminds the old fellow. Uno (operator of the new 21which started on Monday 21st January) still hadn't admitted to it on-line by late afternoon yesterday (Sunday 27th):-

But both Northamptonshire County Council and the University thereof have managed to get hold of a leaflet and add it to their timetable pages.

The general opinion is that the company had grown too big too fast and was unwise to attempt to compete with ,long-established quality operator Trent Barton who have stepped in to cover some services and accept outstanding tickets. A commercially sensible move from Trent as they quietly snigger in the back office! 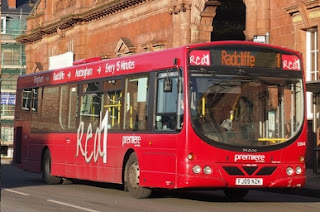 Next Bus Blog : Tuesday 30th January
Posted by fatbusbloke at 02:00