A collection of bits and pieces which don't warrant a full blog.

From our Northampton Correspondent escaping to London ... 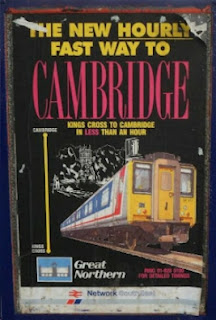 ... a currently displayed poster on Elephant and Castle Station. Nice trendy new livery?
And helpful advance notice from First Bus of diversions for the Olympic Torch relay when it visited Northampton last week. 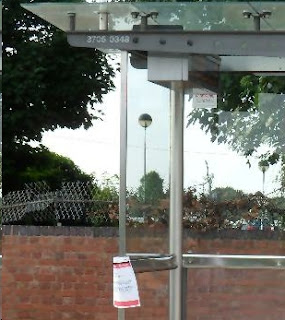 That would have certainly still been there when it was needed; wouldn't it?
An "anonymous" was a bit shirty when fbb complained about lack of information from Travel South Yorkshire about reduced "summer holiday" frequencies. Perhaps this ... 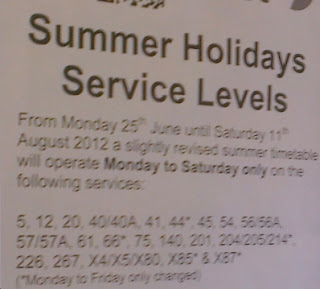 ... from First Glasgow is even less helpful. fbb spotted it on the service 398 inter-station bus. Nothing else is published.


The Isle of Wight is still mopping up after the mud bath that was the Festival. Meanwhile a Southern Vectis bus is proudly announcing the next of a string of events on the "Festival Isle" ... 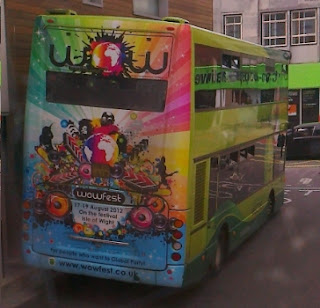 ... except that this "WOW Festival" has been cancelled. Apparently the IoW Council suddenly discovered that the promoters had a poor track record of financial management. Wonder whether they paid SV for the advert? But not to worry, fans, there's still the weird and, frankly, worrying "Bestival" to come.
A poor picture of a moving sign in poor light reads
PRESTWICK INT APT
at Glasgow Central Station.

Although we all know what an INTL APT is (don't we?), might not "AIRPORT" help Glasgow's visitors and the airport's potential customers?
Although not even remotely public transport related, fbb cannot resist a few snippets to illustrate the humour of the owner of Largs Hardware and the custodian of the keys of the ffb holiday flat vacated last week. 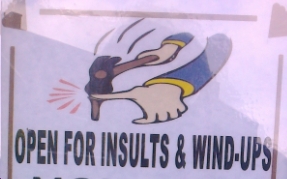 And in case of any language barrier ...

... the fourth item in the list above may be of assistance. Pete's van is similarly adorned; with this being just one example.

Peter does have an Italian surname!

And as a farewell to Largs and a bounteous tribute to Strathclyde Partnership for Transport [SPT], fbb visited the bus stop nearest the holiday flat. Whilst town centre stops seem reasonably up-to-date, here ... 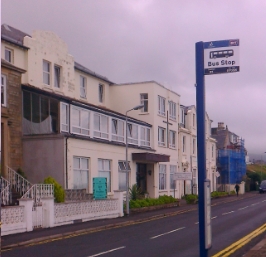 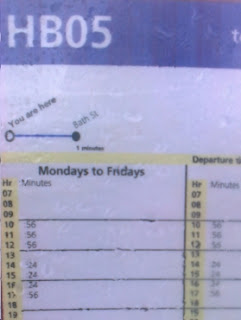 ... just one stop along the road to Bath Street. Really useful information from SPT.

The HB05 appears to be a precursor of the ill-fated and now defunct HB66 and is still shown on the sadly out-of-date SPT map.

And the other out-of-town service at the Largs stop provides a similar (but up-to-date) piece of potentially pointless detail. McGills ervice 904 from Paisley performs a little terminal loop in Largs town centre. This stop is just one short of its "stand". Would anyone catch it for one stop?

But it's on the computer so it must be (a) right, (b) useful and (c) printed out to display on the stop. Does anyone at SPT (or its equivalent elsewhere) apply the much maligned and much ignored human brain to the business of bus stops?
.
Meanwhile back at Northampton, First Bus are transferring old buses from Norwich to replace newer vehicles presently working in Northampton. Northampton is one of First's operations that is reputedly up for sale ... 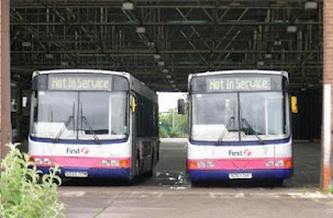 ... presumably at a bargain price if all the buses are clapped out! Nice weeds at the bus depot at St James'.

And here is an irritatingly pointless notice ...

... on the Largs to Cumbrae ferry. Simple question:- "How else would you travel between Largs and Cumbrae?" 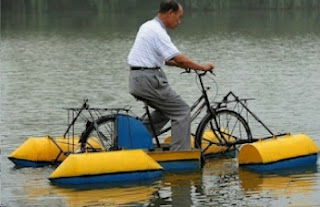 Now there's a money saving idea! "Have a nice day!"

... is a company based in Aldridge, West Midlands, offering maintenance and testing specialist work for the bus and coach industry. One of their recent advertisements extols their skill and knowledge with an illustration of a four deck front engine bus. Perhaps someone should tell Volant that we usually have driving cabs on the off side of our preserved vehicles ... 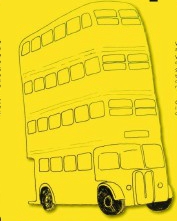 ... and in a tedious sop to convention, we usually drive on the left hand side of the road. Now if they don't know which way round a bus is built, should they be mending them or testing them? Maybe, but their website illustrates their "brand new vehicle test facility"; showing, yes you guessed it, a vehicle with its doors on the off side. 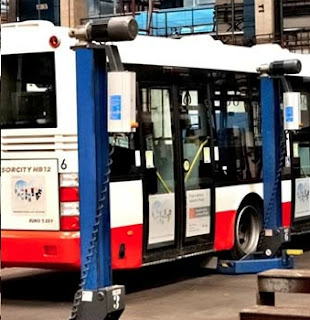 STOP PRESS 1150 Saturday 7th July
Commentators (below) debate a picture appearing in a Harrogate on-line news site to illustrate funding for bus improvements in the town. To save a few clicks, here is the newly-funded Harrogate bus of the future! 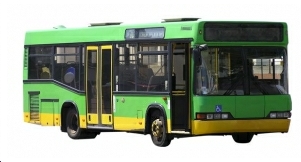 At least it's not red, then the headline would be "London buses come to Harrogate!"