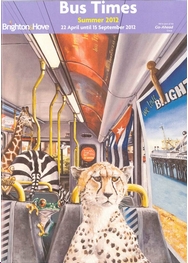 The mind-blowingly magnificent "Bus Times" booklet produced by Brighton and Hove [B&H] is stunning in so many ways. Just looking at, say, Hangleton there us much variety in the means whereby the user is offered help and guidance. Indexes and timetables are obviously key elements in the presentation; but it is the maps that make the whole experience so outstanding.
Each route has an individual map ... 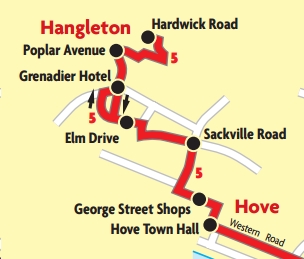 ... which offers a good rough guide. Then there are FWT produced fold-out route maps ... 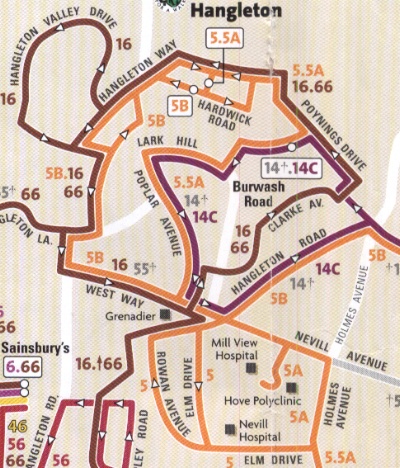 ... which name (almost) every road served. But even this level of detail is not complete and, short of an encyclopaedia of substantial proportions, there have to be limitations on what can be squeezed into the A4 booklet.
Those limitations become apparent when exploring, say, bus facilities at Newhaven. 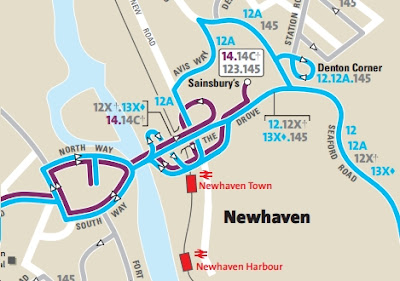 But the network map only shows terminus points (i.e. Sainsburys); whereas it should, prehaps include at least the main time points for Newhaven centre and station.

The main town centre is to the west of the River Ouse with the High Street pedestrianised and bypassed by what is, effectively, a large roundabout called North Way and South Way. 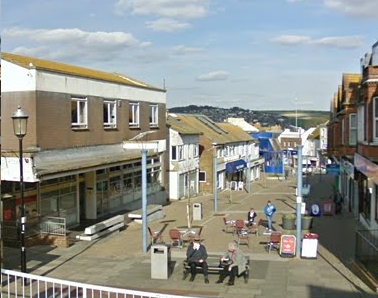 Travelling east, the river Ouse is crossed by a swing bridge which, when opened, can cause significant delays on the A259 ... 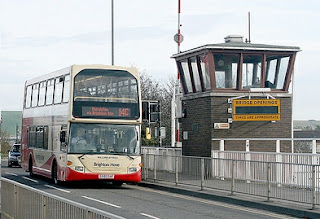 ... and possible delays to services 12, 13 and 14 etc. But, fear not. On the B&H web site you can look up bridge opening times and, as Baden Powell would advise, be prepared.

To add to the possible past problems, east of the bridge was a level crossing on the electrified railway branch to Newhaven and Seaford ... 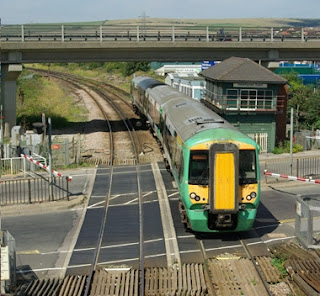 ... fortunately replaced by a flyover seen above the Southern train. But all this traffic management makes the job of getting buses to people (and vice versa) rather complicated.

A simple diagram like the one shown above does not communicate the full detail. What we need is a map showing every bus stop, sadly just too large to include in the Bus Times book. But, undaunted, B&H include just that delight on-line. Here is part of the Newhaven map ...

... in all its helpful detail, although it still lacks a clear "Town Centre" label.

And, reverting to the complexity of Hangleton ... ... full detail is supplied, although here, as in other city areas, you really do need to turn up the brain's concentration level! The facilities associated with this maps are amazing and simple to use with a bit of practice. So fbb recommends that our readers have a play (here).

And a couple of reminders ...

There are two travel shops in Brighton, one at Old Steine ... 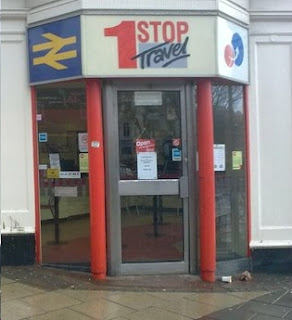 and the other, helpfully at Brighton Station. 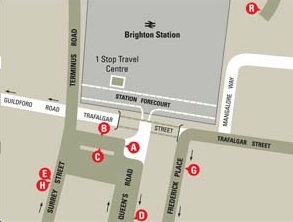 They open on Mondays to Saturdays, roughly 9 to 5 and even on Sundays in the summer season.

And, finally, although B&H don't actually over-sell a telephone enquiry service (!), you can speak to a real person even if you aren't near a travel shop. Phones are manned  from 0730 to 1800 Mondays to Fridays and from 0900 to 1600 on Sundays and Bank holiday Mondays. And there are multiple modern methods of making contact ...

... if you can cope with the technology!

One good thing is that the dreaded Traveline is, encouragingly, well hidden in the book with just this minimalist note:-

Another reason why the Company is attracting new customers all the time? Sticking his neck out and risking retributive replies, fbb proffers the notion the B&H is by far the best company in UK for delivering information to the existing and potential user.

Unless anyone knows differently?