A score of bus routes ousted by one tram. 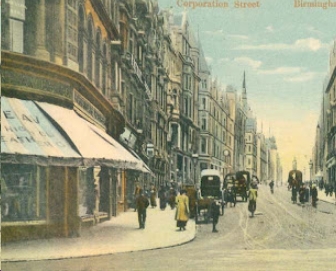 By the 1930s, public transport predominated. 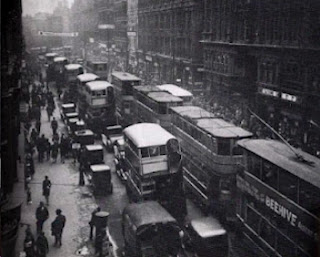 The progress of pedestrianisation in central Birmingham is too complicated (and too incomprehensible!) for a brief blog, but in essence New Street ... 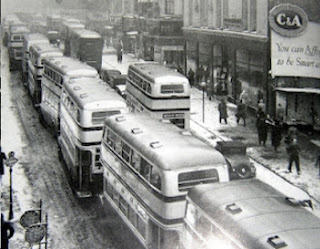 ... was made traffic free in two stages and Corporation Street  became effectively "buses only". 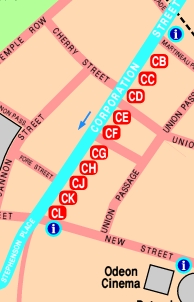 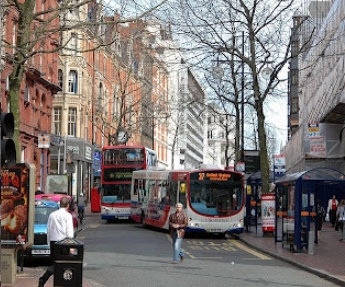 The buses traversed a large one-way loop around central roads before setting off back to the suburbs. This ensured that shoppers could access most parts of the city without too troublesome a trek. Generally these services were not scheduled for any "layover" (waiting time) in the centre so the stops did not become too clogged with parked buses. 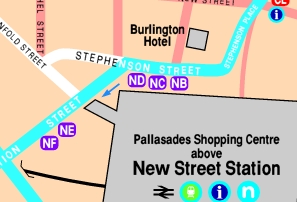 Most of these services made a second stop outside the northern entrance to New Street Station as here on Stephenson Street ... ... or round the corner in Navigation Street.
But all this is being swept mercilessly away to prepare for the route of the Midland Metro (tram) extension. Buses are now expelled permanently and totally from Upper Bull Street, Corporation Street and Stephenson Street and the traditional city centre shopping areas will (eventually) be directly accessible only by the single tram route arriving from Wolverhampton.
Of which more tomorrow ...