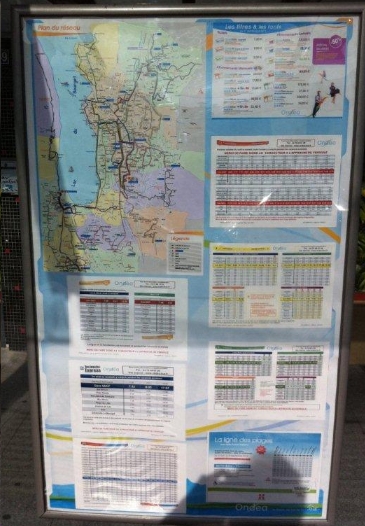 ... of the standard of public transport information are truly impressive. 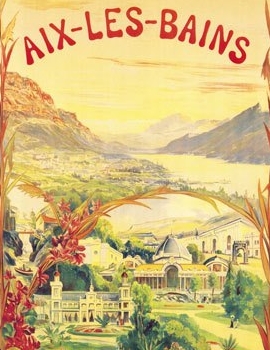 We are in Aix-les-Bains in south-west France. See "From Kent to Aix [1]" (read again). Chum David has driven his huge lorry there from good old Blighty and in a break between loading etc. has trotted into the town centre of Aix and grabbed a few pics for the chubby one. Indeed, it is the tousled pate of of the "conducteur anglais du camion énorme" that is shown in shadow in the picture at the top of this blog.
But observe, all ye who suffer the secrecy of timetable information in the UK! At the main stops in Aix you have a splendid network map showing all stops as in this extract from the on-line version:- 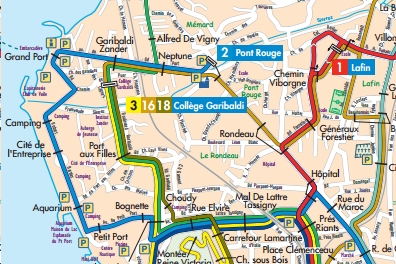 There is a panel giving details of fares ... 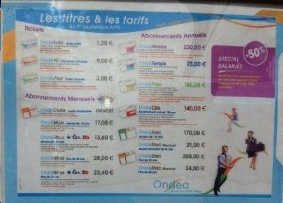 ... of which more later.
And, of course, there are timetables for each route. Please note UK bus in general, these are NOT departure lists but slightly expurgated versions of the full published timetable. Each such panel has been specially prepared for bus stops with the "you are here" line highlighted and enlarged. 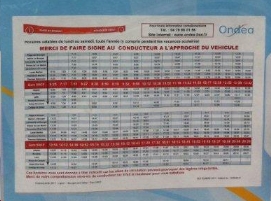 Here is an extract from the on-line and printed version for comparison purposes. 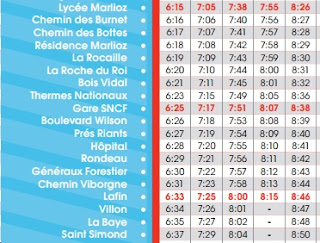 Note that, apparently, times are given for every stop. And here is the on-line plan for route 1, this extract matching the chunk of timetable shown above ... 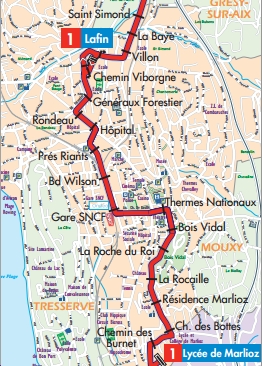 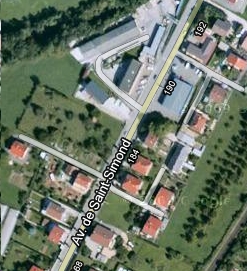 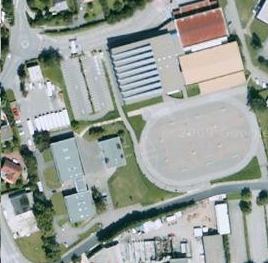 Even explanatory notes and advice are given with memorable gallic "politesse". 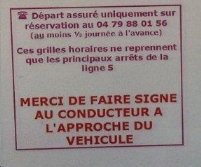 
There aren't many localities in the UK which could match that standard. Brighton? Nottingham? So much so that fbb is currently preparing his campaign for a trip by Chunnel and TGV. Probably can't afford it, you know, poor old pensioners etc. etc. 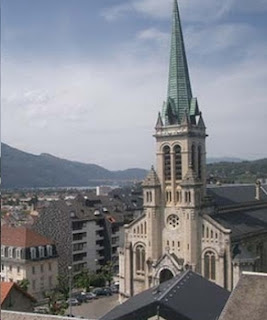 But both the town and the public transport do look very attractive and interesting. 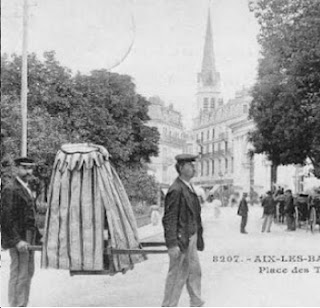 So, in part three (tomorrow) we need to look a little more deeply at the level of service provided. In this respect the situation in Aix-les-Bains is radically different from UK networks.