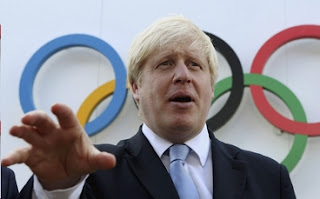 Imagine the lad's aghastness, upon arrival at Watford Junction for a train to Birmingham, to be regaled over the public address system by the dulcet tones of Mr Haircut 2012, namely London Mayor Boris Johnson. Boris the Blue was warning the good folk of Watford to be aware of the implications of the Olympics on public transport. These implications reinforce previous advice to emigrate to Rockall Island or stay in bed for a month! See "Boris Writes a Letter" (read again) and "Particularly Pointless Pedestrian Proposals" (read again).
.
Listen (here) to Boris at Watford - IF YOU DARE!
.
What a grim start to the working day!

Back to the comparative sanity of bus services in Aix-les-Bains.
.
fbb could find no on-line record of how much subsidy is paid out to support the Ondéa network, but guesses it might be substantial. The Lac du Bourget "conurbation" has 54,492 inhabitants, so a comparative town in the UK would be, possibly, Hereford**; although for a whole raft of reasons direct comparisons are very difficult. But this review of bus fares is very revealing about the French way of "doing" public transport. 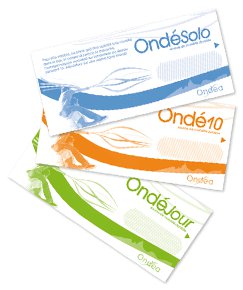 ... and a joint monthly ticket for Ondéa and the "Stac" network in the neighbouring town of Chambéry is £26.50.
.
The annual season is just ...

£57.23!
.
Before blog readers start drooling lasciviously at these bargain prices, it is worth remembering that there is a higher level of subsidy and, to fund it, higher taxation. Larger French towns have all sorts of innovative ways to support their public transport, notably a tax on businesses. So, in the end, everyone still pays; it just comes out of different pots! Some experts would suggest that, in total, public transport in French towns is significantly more expensive than in the UK, and significantly less efficient.
.
But one stunning offer is left till last. Hotel owners may obtain these lovely little cards ...

... which are distributed FREE to tourists (but probably funded by yet another tax on hotel visitors!) fbb doesn't think there could ever come a day when Blackpool's visitors could ride the shiny new tramway for FREE. 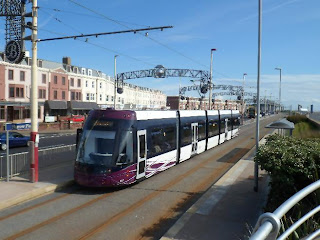 .
Two other delights. Despite being a relatively small community the Lac du Bourget area is currently planning a tram network! An exhibition has been held and the politicians are keen on the idea. 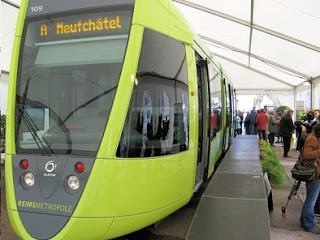 fbb will leave his readers to amuse themselves translating the description of what can be obtained there.
.
L’Espace Ondéa est le nouveau point d’information et de vente du réseau Ondéa et permet également de disposer d'informations sur les autres modes de transport disponibles en gare SNCF (TER, Cars départementaux, taxis, ...)
.
Outside of the PTE areas and a few larger towns, such luxury is unknown in the UK. "Cars", by the way, are coaches.

It almost makes you want to emigrate!
.
**Hereford : there are other towns in the UK which are closer to the population of C.A.L.B. but they are in more "urbanised" areas. Hereford has rural surroundings similar to C.A.L.B.
.

TER is a brand for the local and regional railways in France, as opposed to the equivalent of the former "InterCity" in the UK.

fbb is particularly grateful to friend David (who drove his lorry from Kent to Aix, as in this blog's title) for supplying many of the pictures in this series. And to show his appreciation, fbb appends a photo of David, scanned from an ancient festering colour slide serendipitously found languishing in a heap of rotting vegetation in what fbb laughingly calls his "office". 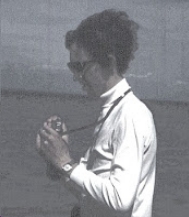