A special prize goes this week to Red Funnel at Cowes, Isle of Wight for this atrocity:- 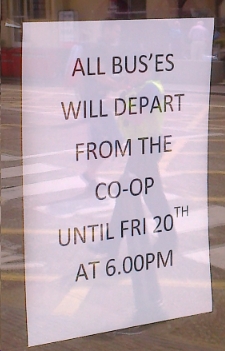 In passing it is worth reporting that this snap was taken at 1415 on Saturday 21st when BUS'ES were still leaving from the Co-op and likely to do so well into Monday 23rd at least. Neither Red Funnel nor Southern Vectis deigned to tell arriving visitors where "The Co-op" was. 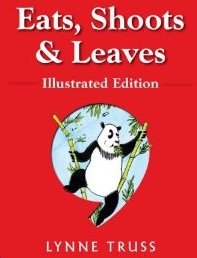 Oh, wouldn't it be Loverly? 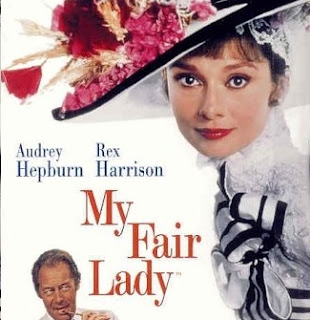 Oh, happy but moving memories of Eliza Doolittle, before her life changing meeting with Professor Higgins, as she sang this sad little ditty whilst waiting for a horse bus outside London's Victoria Station. Maybe blog readers will remember the scene differently, but no matter.
The news breaks that the planning people at Northampton have approved the demolition of the former fish market for conversion into a new bus station that will be far too small, less convenient and will require uncovered additional stands in the town centre. This is to provide for additional empty shops in the extended Grosvenor Centre; if that project goes ahead. See "From Huss via Fuss to Bus [2]" (read again).
This prompts fbb to take his loyal readers on a quick trip south of his town of birth, to Milton Keynes. Here they have an absolutely magnificent bus station ... 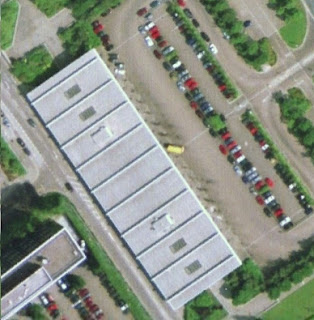 ... with 18 (?) chevron stands on one side and 10 (?) roadside stands on the other. Splendiferous. Here it is on the most recent interactive on-line map of the City centre ... 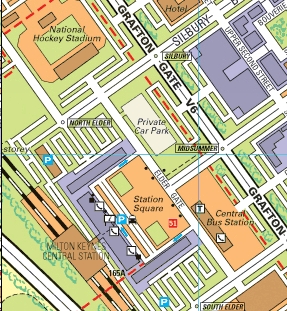 ... nicely adjacent to the railway station and thus ideal for interchange purposes. And here is a selection of bus services that, according to Traveline, are timed to stop there.
This runs on schooldays only, service 632 ...

... with a return working at Royal Latin School kick-out time.
This one runs on Saturdays only ... 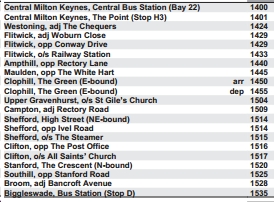 ... aimed at shoppers with a morning outward trip from Wigglesbade. There is a Tuesday journey but that does not deem to enter the hallowed portals of the Central Bus Station.
And that appears to be it. This magnificent pile, seen here from Elder Gate ... 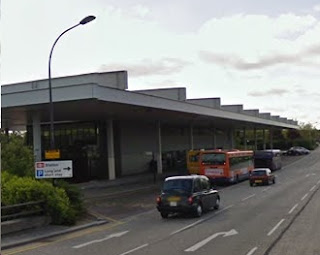 ... must be the emptiest bus station in the galaxy. As an aside, the "current" map shows the National Hockey Stadium which is now demolished and is the site of the new Network Rail Headquarters.
What would be really nice, would be to ask a passing Vogon Constructor Ship** ... 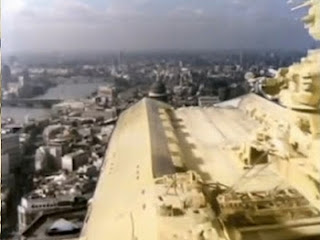 ... to teleport that almost empty Milton Keynes Central bus station a few miles up the road to Northampton. Such a solution is somewhat unlikely, mostly because there is no suitable site big enough to accommodate the excellent edifice.
But, how can it be that the worthy managers of Milton Keynes have built a bus station which nobody uses? Once upon a time it was the hub from which Milton Keynes Citybus ran much of its network; it even had a Chicago Rock Cafe! 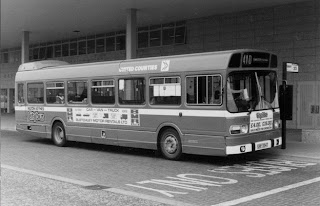 But hold fast, we hear local residents reply, the bus station is still in regular use ... 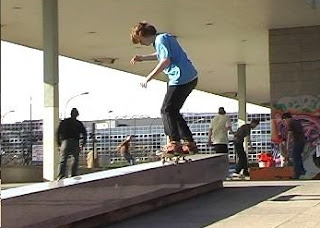 Tomorrow, then, a look how this excellent bus station became a busless station.

In "The Hitchhikers Guide to the Galaxy", the heroes escape from earth just before it is obliterated to build a space by-pass and they find themselves beamed aboard such a vessel. See an extract from the TV series (here).
The ships were described as "impossibly huge yellow somethings" that "looked more like they had been congealed than constructed" and "hung in the air in much the same way that bricks don't" (the colour being a parallel to bulldozers that demolish Arthur's house); they are said to be undetectable to radar and capable of travel through hyperspace.