Lets Not Bother, It's Not Far to Walk 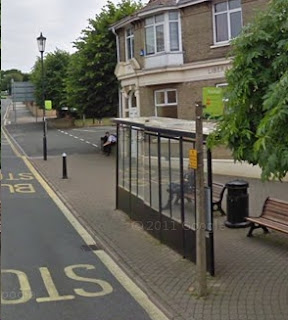 Traditionally, the main stop for East Cowes (Isle of Wight) became the Town Hall, lurking behind these buildings just beyond the far stop. 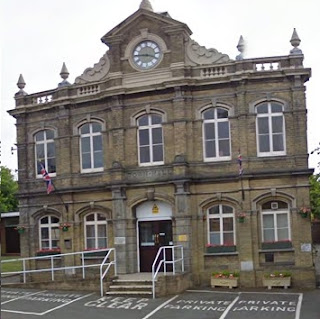 Service 4 from Ryde and Service 5 from Newport stopped there. Journeys continued to the floating bridge for the short "clunkety-clunk" crossing to West Cowes and on to a stop just outside the Red Funnel car ferry terminal for the slow, but enjoyable, sail to Southampton. Buses continued to provide a service to the Gort Road former council estate ... 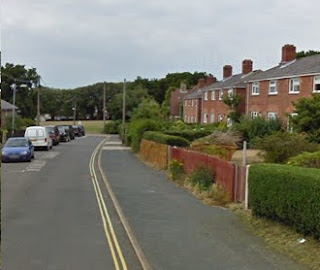 ... and the private development on Hefford Road. 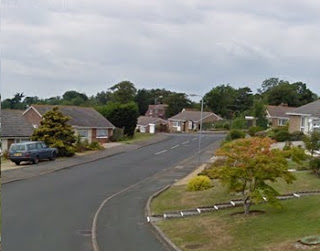 Then comes the decline! Service 4 for Ryde drops from every 30 minutes to every hour ...

... and Service 5 from Newport from every 15 minutes to every 30 minutes, later slightly upgraded to every 20.

Not only that, but these routes have been withdrawn from both Gort Road and Hefford Road, leaving these areas in the hands of the infrequent service 25. This service was originally sponsored by the developer of a new estate on Beatrice Avenue but that financial support has now ended and the County Council has "picked up the tab". So it may not be long before the two estates lose their service altogether.

But it's the ferry interchange possibility that has suffered a draconian, nay terminal chop. 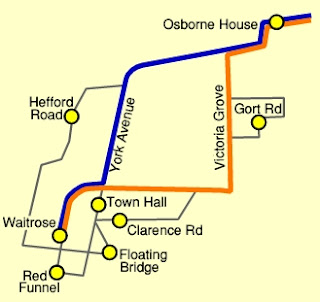 Where once you could hop off the chain ferry and on to a bus ... 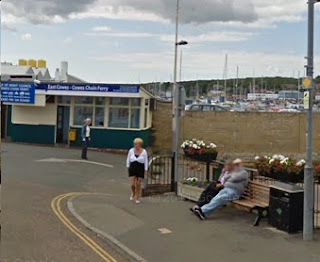 ... (note the stop flag brackets top right), or exit the Red Funnel terminal and see the shelter in front of you ... 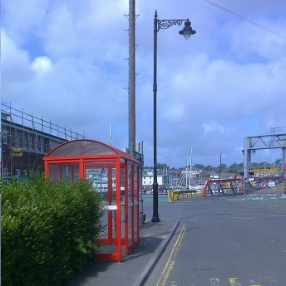 ... now you have nothing. The shelter is there but nothing serves it. For a couple of seasons there was a well used stop about half way between the two ferries ... 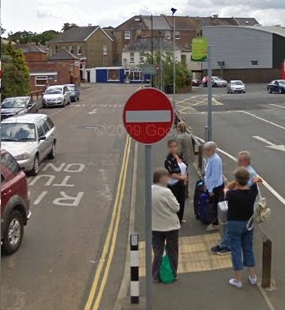 ... on Link Road, but even that has gone. The only town centre stop in East Cowes in on Well Road ... 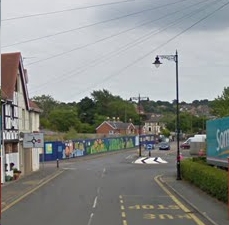 ... seen here with the blue hoardings behind which the now-open Waitrose supermarket has been built.

Of course, there are clear signs directing you from floating bridge and big ferry to the new stop, aren't there?
Guess!
And, in a way, that's what the public transport user has to do, yet again. Guess. 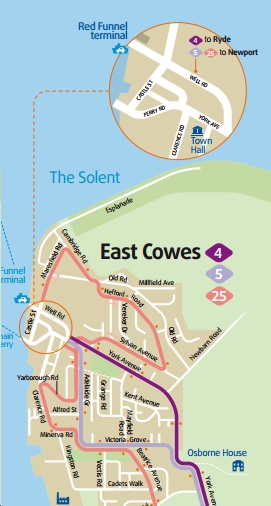 In minimalist mitigation, fbb must make it clear that there is an excellent map of East Cowes and its bus stops available in the printed timetable book and on-line. And copies of this map are are posted on the big ferry and the floating bridge, aren't they?
Guess!
Never mind, copies are readily available from an office or shop in East Cowes, aren't they?
Guess!
The sorry conclusion is that integrated transport can be provided but ONLY if it is convenient for the bus operator. And, we are told, this reduction of service has come about because of "harsh times, commercially".
The pull-out from the estates and the tight-turn interchange facilities has absolutely nothing to do with the fact that Southern Vectis can now use unnecessary huge double decks on the routes without all that nasty bother of scheduling special smaller vehicles. That couldn't possibly be the reason, could it? 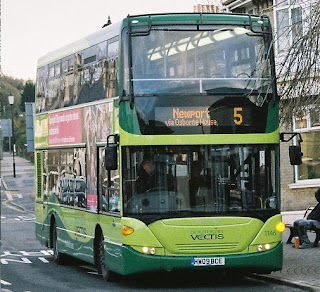 Guess!
"Previous efforts to integrate urban transport have been well-intentioned but ineffective. John Prescott’s Integrated Transport White Paper (DETR, 1998) and the 2000 Transport Act were meant to address many of the problems arising from the restructuring of Britain’s transport system; but failed to make substantial headway."
From "On the Move: delivering integrated transport in Britain’s cities" report in 2008.
When will I.T. happen, that's Intergrated Transport? Guess!