Less rather than more in East Cowes. 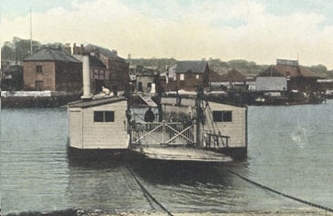 Since the 1880s East and West Cowes (Isle of Wight), situated on opposite sides of the mouth of the River Medina, have been linked by a chain driven floating bridge. Later, bus services ran from Ryde and Newport to East Cowes. The post WW2 pattern of service was thus:- 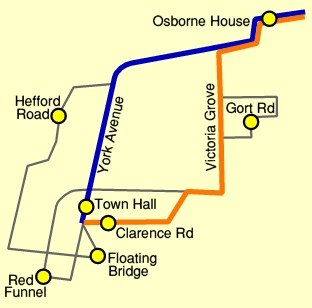 Service 5 (orange) ran from Newport via Osborne, Victoria Grove and Clarence Road usually (but not always) turning into a 4 (blue) for Ryde; and vice versa. Occasional works and school services ran to the floating bridge, mainly for the Roman Catholic School on Old Road and the Folly Works site at Whippingham.
In 1959 the beginnings of a change in Red Funnels ferry business were seen with the introduction of the first purpose-built car ferry. A new terminal we developed at East Cowes to handle this traffic as the West Cowes site was too small, although cars were unloaded there until the passenger and car business was segregated. 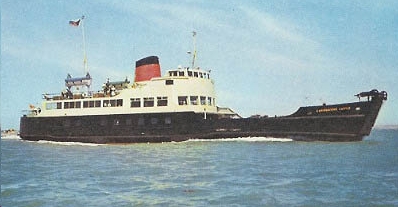 A year or so after the terminal became operational, Southern Vectis [SV] extended some journeys to Trinity Wharf adjacent to the Red Funnel yard; later the main services terminated there.

This overall pattern of service remained fairly stable until the dreaded bread-van minibus revolution. Small "real" buses had served the new Hefford Road estate for a while, but come the Medinalinx ...

... the 5 was de-linked from the 4 and diverted in a large loop to include the Gort Road area and Hefford Road. This is a 1988 timetable extract. 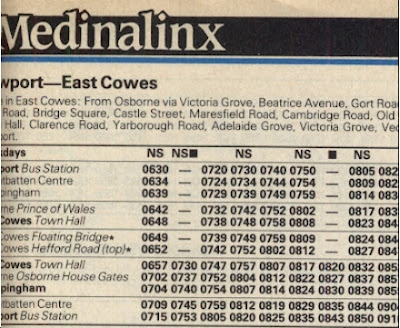 The "square blob" coded journeys were operated by big buses and so did not serve either of the estates. Note that there is now a timing point at the Floating Bridge and an offer to wait up to 3 minutes for the approaching sailing (chaining?). 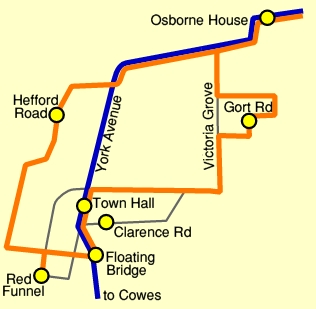 With the arrival of larger minbuses, SV came up with a revolutionary (but short-lived) plan. Service 4 was extended to travel on the bridge to Cowes and continue to the neighbouring village of Gurnard. 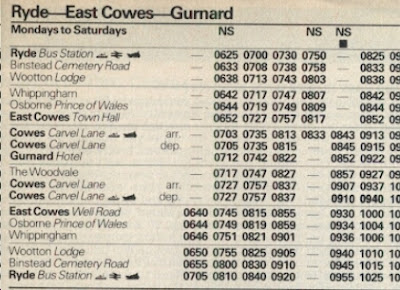 The buses used were specially modified with an extra slice out of the back overhang so they did not ground at low tide. 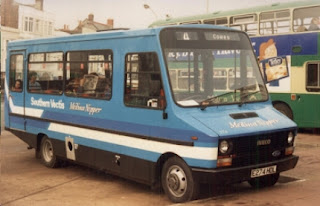 Although this route was a little faster from Ryde to Cowes than the traditional route via Newport, tradition dies hard on the Island and few passengers made use of the new link. Gurnard folk wanted to go to Newport, not Ryde; and East Cowes people would not pay the fare on the bus in lieu of a cheap/free ferry as a pedestrian.
So (to keep it simple) the 5 minibus reverted to every 15 minutes with a link to the 4 to Ryde every 30. Over the years, there were changes to the road network in East Cowes but from the early 90s until recently the buses offered possible connections with both the floating bridge and the car ferry.
"Bridges" were replaced from time to time and the ownership of the link eventually passed to the Isle of Wight Council. The current service operates "frequently", i.e. about every 10 minutes, and is still well used by vehicles and foot passengers. Cowes Week, for example, sees the service packed with excited pedestrian "yotties" and sensible Island motorists going the "long way round" via Newport! 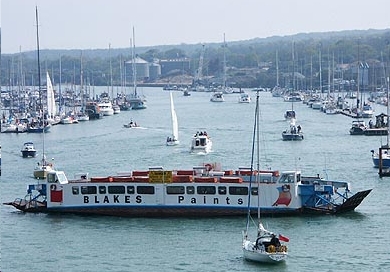 The current "bridge" dates from 1975 and, if the council can find a little bag of pennies under some dusty office desk, they are planning to replace it "soon". Meanwhile the car ferries have grown bigger and bigger ... 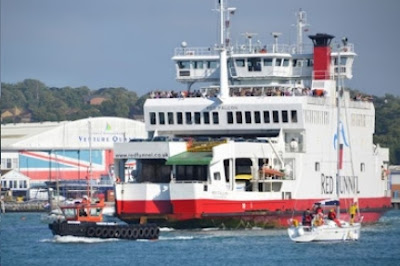 ... and the vehicle marshalling areas have engulfed more and more of the little town of East Cowes. 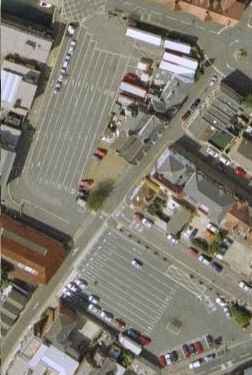 So, next, we look at how the bus services have developed in an age where our politicians are encouraging transport operators to improve integration of travel modes and/or timetables.
Next Blog : Saturday 14th July
Posted by fatbusbloke at 01:56