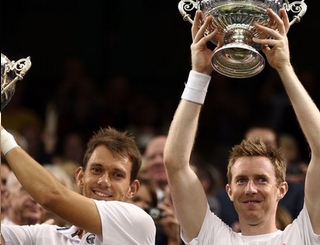 Opting out of Option and In to "Partnership"

fbb was once on a committee running a significant annual Christian event on the Island. He was invited to join the committee because "we need new ideas; a breath of fresh air." The meetings were frustrating because, as fbb opined after every evening of circuitous debate, "they are all in favour of change, as long as everything remains the same as it always was!" The event is no longer held.
Encouraging giants like Stagecoach and First to get into chummy "partnership" is bound to be difficult; they are in business solely to make money for their shareholders (and rightly so). Neither will wish to jeapardise their profitability or, in certain cases, see their losses increase.
So we are presented with the PTE inspired proposals in the form of a trendy clicky web site (read here) and two explanatory paper leaflets. We have every Sheffield bus service listed and what will happen to it if these proposals go ahead. The changes range from "UNALTERED" to "WITHDRAWN". The hard copy information is far easier to follow with services colour coded by future proposal status.

Will there still be wall-to-wall buses along the Ecclesall Road?
.
The present set of services running south west from the city centre looks like this. 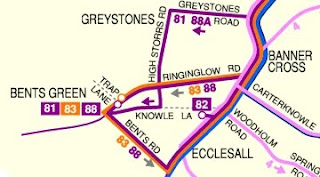 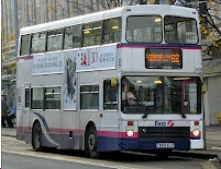 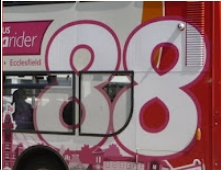 Under the revised proposals this becomes:-- 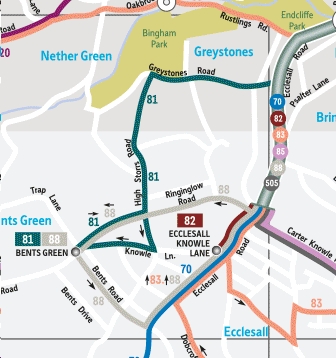 At this stage a decision on which services are operated by which operator has not yet been announced. It is hard to see any commercial justification for a 20 minute service between Ecclesall and Millhouses [new  83  replacing old  4 ]. Likewise a similar increase via Rustlings Road to Fulwood [new  83A  replacing old  6 ]. The route via Greystones [still  81 ] is also proposed for an increase in frequency from every 30 to every 20 minutes. Of course, these are only proposals at the moment, some of which may have to be modified.

The residents of Psalter Lane (top right on both maps) are certainly far from happy with the complete loss of any bus service at all. It is a long way from existing bus services from City, the orange line here ...

... being a (very) circular route, quite unsuitable for passengers wishing to get to the centre. And fbb knows from personal experience that it's a long slow climb UP from Ecclesall Road. 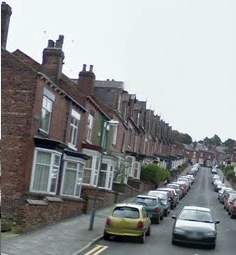 The local paper has reported the anger of aggrieved Psalter Lane pensioners with this highly realistic picture:- 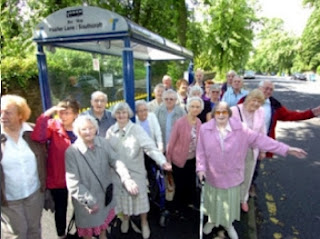 So much for objective and reasoned journalism! If these were real passengers making frequent journeys rather than a hurriedly recruited photo-opportunity "claque" from Southcroft sheltered housing (the name of the stop is "Psalter Lane Southcroft") ...

... then, doubtless, the service would not be withdrawn. Poor marks Sheffield "Star".

One other possible disappointment is apparent in this initial publicity. The two original "Optio" schemes offered a £3 day ticket (NOT interavailable between schemes) on each group of services.  See, for example "Optio Red Revealed" (read again). Whilst these "Orange" and "Red" deals will remain, the new proposal offers no equivalent for the Ecclesall Road.

Surely one of the much-vaunted benefits of the Optio schemes was being able to catch the first bus which came along without incurring a fares penalty? The new "Citywide" fare is too high at £4.30 to encourage such interavailable usage for a simple city trip. The proposed, but so far unpriced "Citywide60" is unlikely to be helpful as a 60 minute gap is insufficient for, say, city centre shopping. See "SYPTE : South Yorkshire Positive Transport Expenditure?" (read again). So the majority of casual users will stick to company-specific singles, and possibly some price competition.

There is a full list of all Scotrail stations with Gaelic names on the "Scot-rail" enthusiasts' website. Type "Gaelic Station Names" into Google.
Next Blog : Tuesday 10th July
Posted by fatbusbloke at 03:02