Hardly able to contain his excitement, the chubby one duly clicked. A new page opened with this earth shattering headline:- 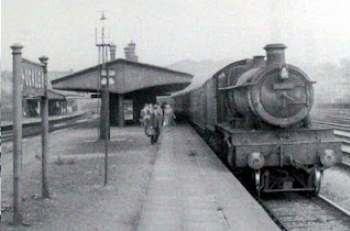 Once upon a time God's Wonderful Railway ran trains from London Paddington via Brimingham to places like Birkenhead; then, under repeated rationalisation and reductions, the line from Birmingham Moor Street, via Birmingham Snow Hill and in to Wolverhampton was closed and lifted. 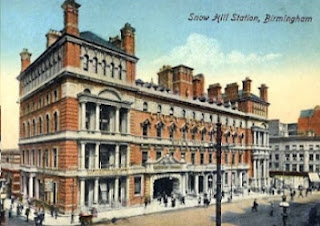 Amidst protests, the old station building was demolished in 1977. But, under the influence of West Midlands PTE the tunnel and a much depleted Snow Hill station were re-opened in 1993 [see comment below]. Trains were restored to Smethwick and Worcester in 1995 and the Midland Metro tram took over most of the trackbed to Wolverhampton in 1999. Hockley (shown above) was, more-or-less, replaced by the new Jewellery Quarter Station serving both tram and heavy rail. 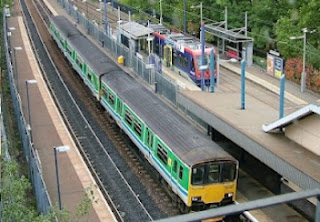 There were many who felt that the tram was of limited value as its route went through largely industrial land and it didn't quite make it into the shopping areas of Birmingham. Now all that is about to change. 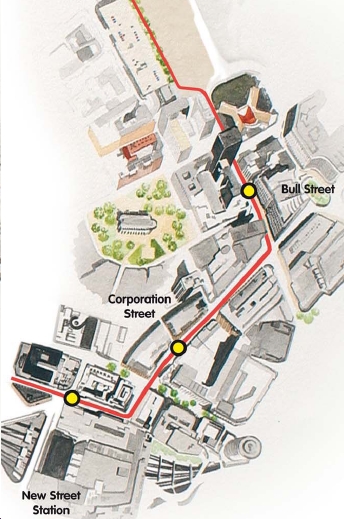 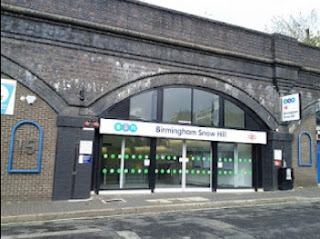 ... but on the opposite side of the viaduct. Trams will then appear here between modern office development ... 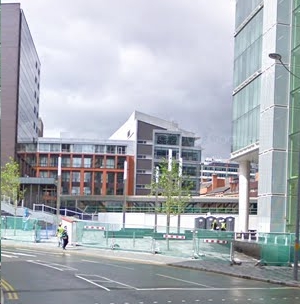 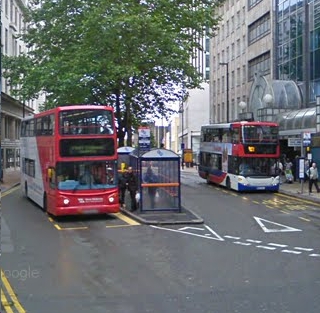 ... with bus stops bulldozed into oblivion. Trams will then make a right hand turn into Corporation Street ... 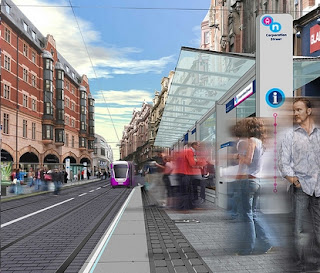 and then terminate at one of the many entrances to the rebuilt New Street Station, here on Stephenson Street. The line and the finished station are due to open in 2015. 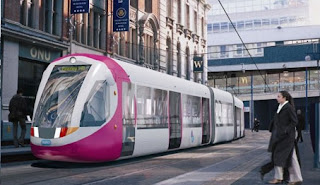 Those who know their Birmingham will recognise the ramp (background, behind tram), always thronged with hurrying pedestrians, that links the Station with the New Street and Corporation Street junction.
So, where have all the buses gone?
"Far, far away" might be one possible answer. We will try to understand tomorrow.

Furthermore, according to informed sources, this little bit of track will cost a modest £81 million. If you were a Birmingham Councillor, what else could you do with £81 million?