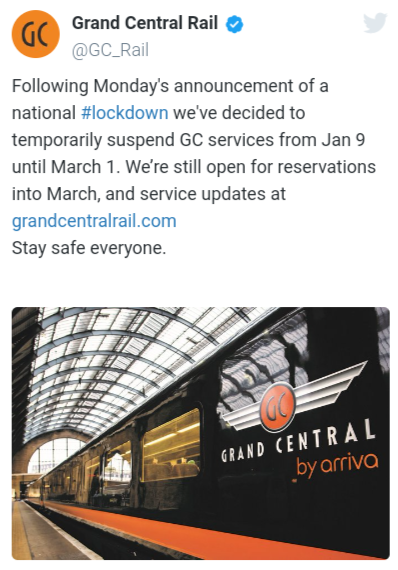 Open Access operators are not considered a "proper" part of the National Rail network by HMG, so have not been pseudo-nationalised. Clearly the sensible option is to close down.
Ditto Hull Trains. 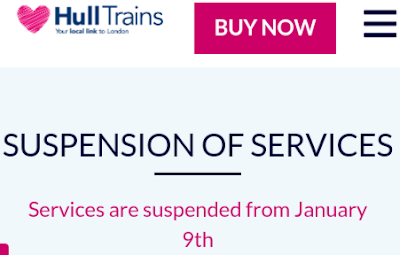 But as a real treat, as well as telling you they are not operating ... 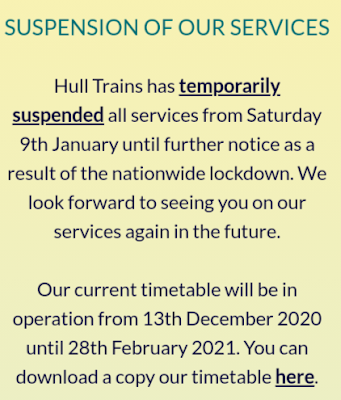 ... the company helpfully tells you of their current timetable that they won't be operating. It runs until the end of February except that it doesn't run. 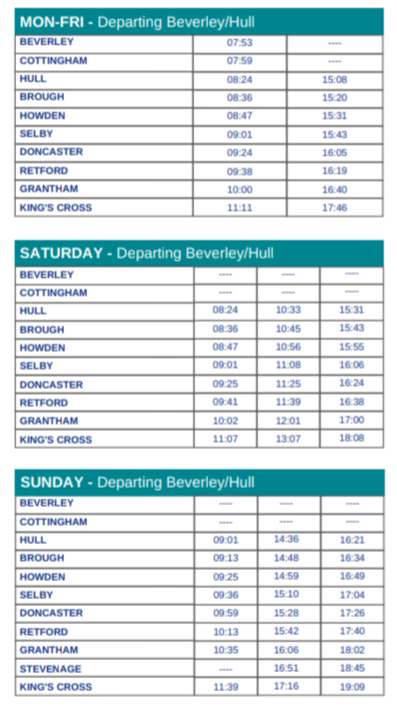 Thanks for that!
Eurostar remains in big trouble for the same reasons. 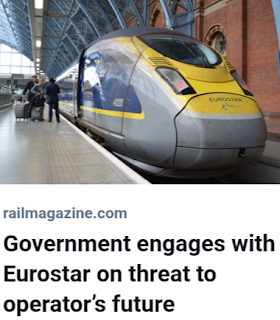 As Eurostar is mostly owned by the French Government, there is naturally not a great enthusiasm in the creaky corridors of Whitehall to throw money at "Johnny Foreigner" across the English Channel. 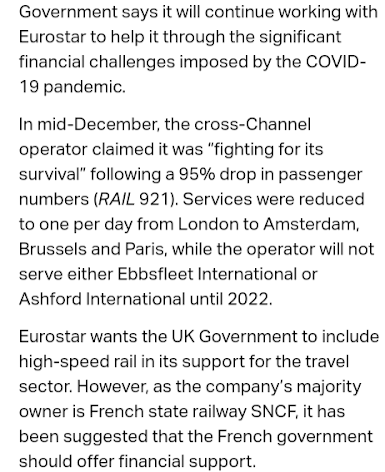 The DaFT is, it is assumed, about to announce a huge reduction in UK train services, probably along the lines of Sunday service plus a few "commuting" extras. 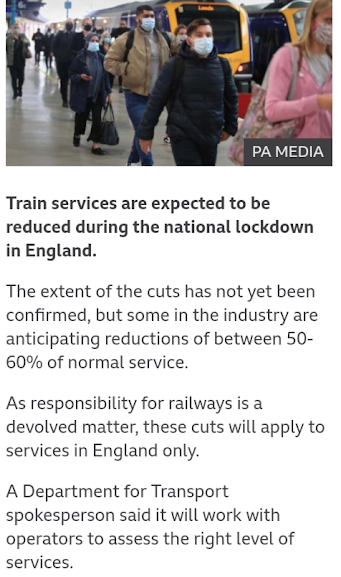 Equally dodgy is life for long distance coach operators. Megabus has a new livery (why?) but contacted fbb by email - as the old man, once in the distance past, caught a Megabus from Brighton to London, 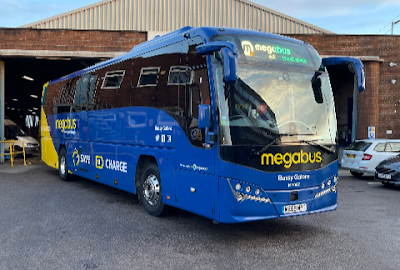 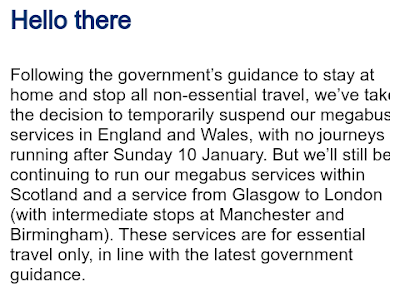 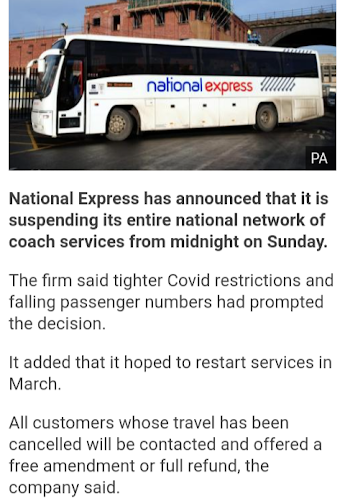 Bus industry managers are confidently (?) expecting their paymasters (HMG again) to demand significant reductions, once again to Sunday plus "commuter" journeys.
There has been no announcement yet, but a correspondent who was doing some legal shopping in Torquay earlier in the week reported that there were more buses than passengers.
Rishi won't like paying for that!
And, sadly, retail is going to be at risk ... 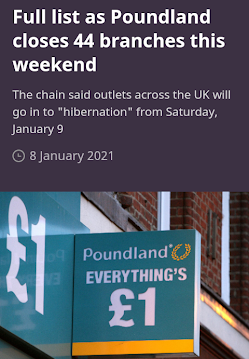 ... and temporary closures may well become permanent.
It also follows that fbb's ability to write a daily blog about nothing much happening may be seriously challenged.
But There Are Always E-Scooters 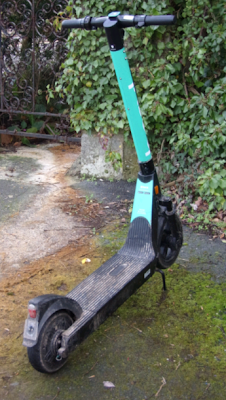 They have arrived on the Isle of Wight where they are called Beryl - no, honestly, the brand is called "Beryl".
The system is similar to the one from the Vois boys in Northampton and elsewhere; but on the Island you can find out a bit about the price without the application of an App to your "device". (Which can be painful and may require special ointment.) 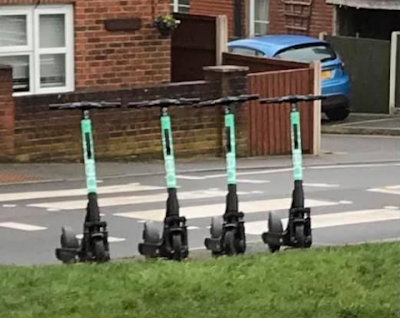 They have even appeared just round the corner from where fbb used to dwell in the fleshpots of Nettlestone. His three kiddies all attended Nettlestone School by toddling down the driveway next to the blue car. The car, incidentally, is parked next to a house called "Green Corner" ... 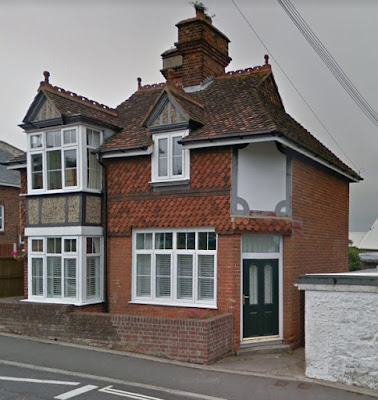 ... the much refurbished home of the Creeth family, operators of the very first motor bus on the Island. That blue door led to the waiting room, set aside in the owner's house.
You still get some shelter if you wish to go to Ryde ... 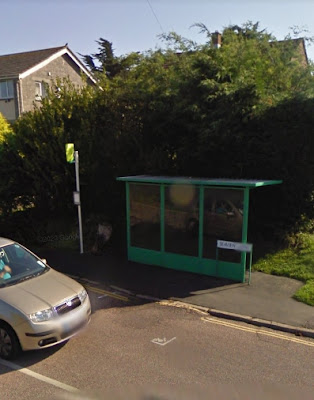 ... but, if you were to travel towards St Helens and Bembridge, the best today's passenger focused bus industry can offer you is ... 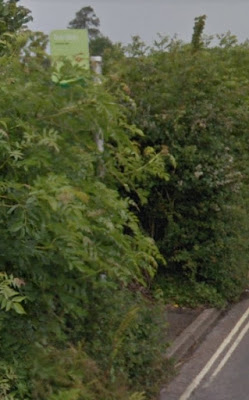 ... a hole in some undergrowth!
But back to the latest travel options, brilliantly devised to be of assistance to the typical Nettlestone Resident off to town to do a bit of shopping. 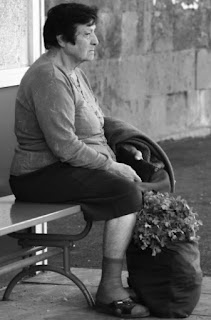 Here is how it works:- 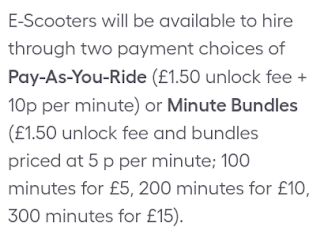 But it does get a bit more complicated. 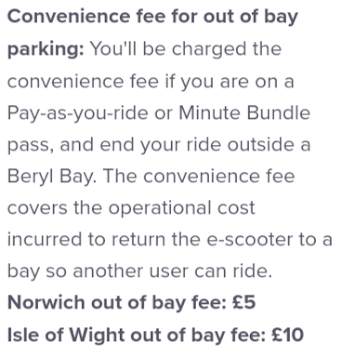 And the costs escalate if you dare to trundle outside the Beryl Zone. 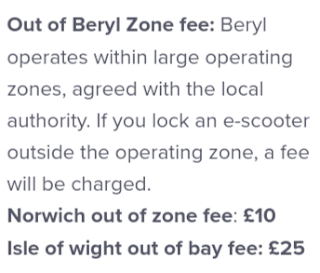 Enjoy your potentially expensive scoot! There is a Beryl Bay at St Mary's Hospital ... 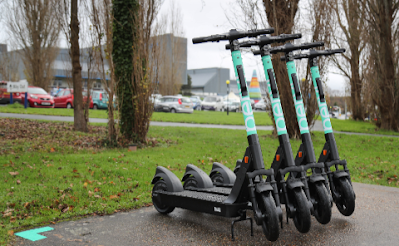 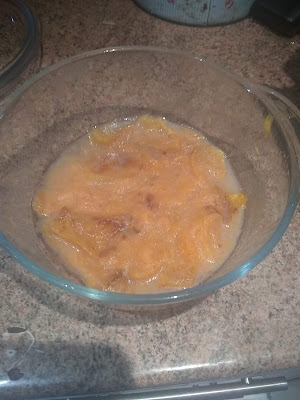 ... from the Mrs fbb cookbook. A clue? They're trendy and you can get them from Tesco.
Answer tomorrow.
Excitement For fbb 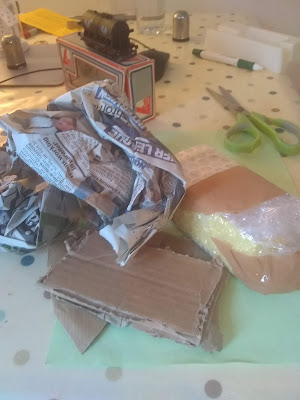 And it's not a tank wagon! Answer next week when the other bit has been delivered - which IS a tank wagon!
Next Variety blog : Sunday 12th January
Posted by fatbusbloke at 02:00