If In Doubt - Change The Brand? 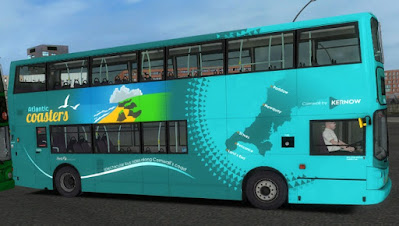 In recent times, we have become used to First Kernow's distinctive and well promoted Atlantic Coast brand, It appears on various vehicles ... 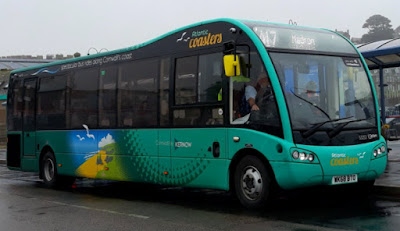 ... including the open toppers. 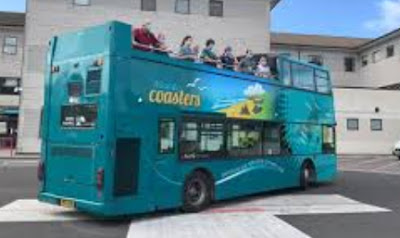 But, via an initial "tease" tweet, First announced some changes for the 2021 season (IF Boris allows us to have a 2021 season!). 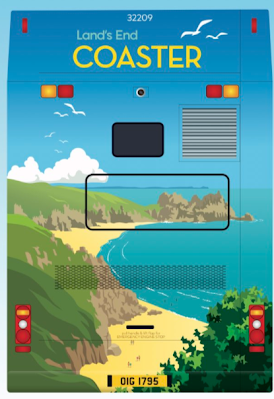 You would assume that the new brand will apply to the previous A1 and A3, whilst the "Atlantic" brand will be used on the other "A" routes? (click on the map for an enlargement.) 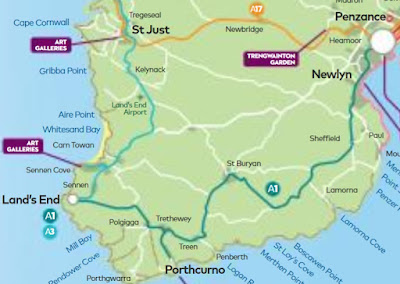 There is a bus in the revised branding, but, when it appeared on Twitter it was lacking the vinyls - so fbb will wait to review the finished job.
Some Self Trumpet Blowing 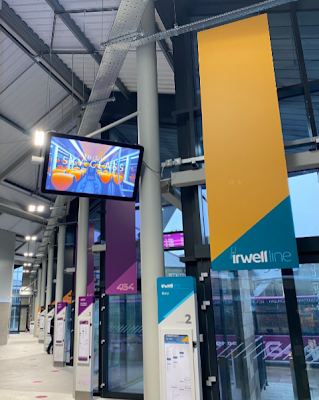 Transdev have been doing a bit of self-adulation - but justifiably. Here are some example pf bus station stand "dressing". 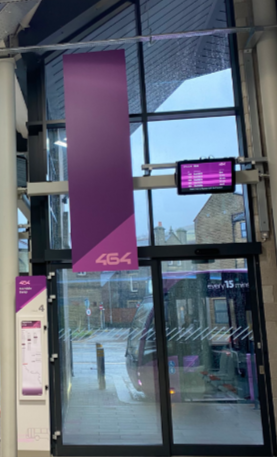 It is good to see the complete "package" of route, information and vehicle branding "creating desire" for quality bus travel. 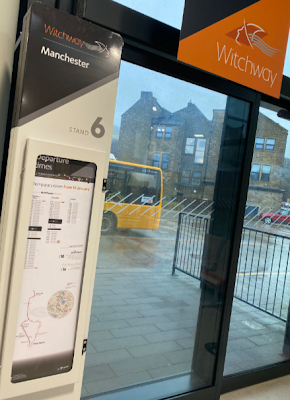 The tweet makes reference to the "temporary timetables" on display on the frames. But, as usual, there are no timetables on display, merely departure lists.

Maybe it is asking too much to expect printed material under the present unprecedented circumstances, but it is not unreasonable to expect a proper timetable to be displayed somewhere so that the occasional traveller who does not have their eyes permanently attached to their "device" can find out when they might get to their destination.
Timetables are available on-line, but, as usual, the simple PDF version is not at the top of the display.

There is room to glue a copy of the real timetable in the frame and use the electronic displays as the departure list. Why not?
Doncaster Delights 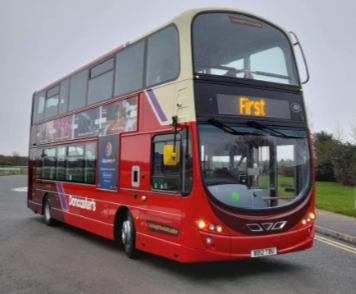 The first bus in the new Doncaster livery for First appeared on the road in mid December. The next to appear, single deck, is pictured in the depot. 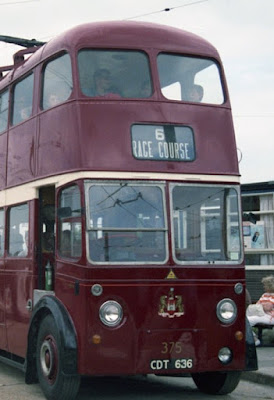 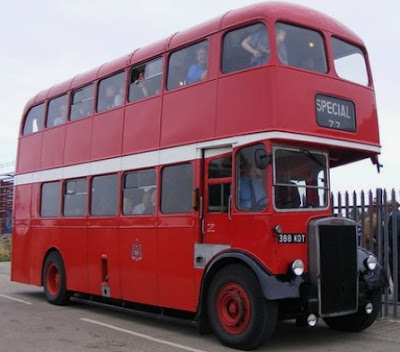 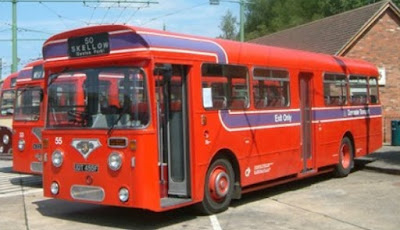 The cream also appeared on older liveries but is more redolent of its prominence in the PTE coffee and cream creation. 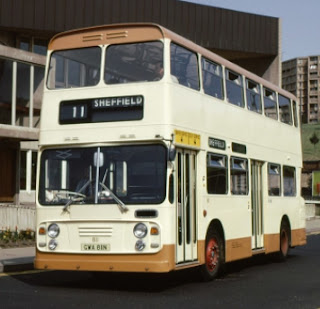 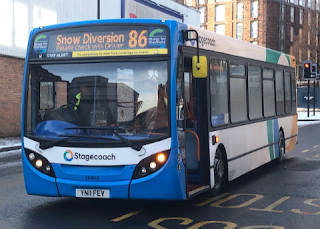 It snowed quite a bit in Sheffield. 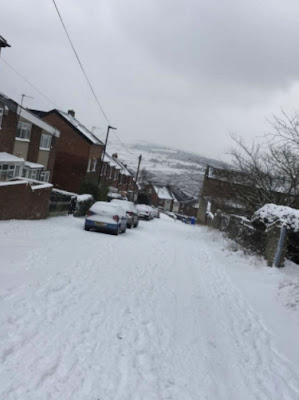 The good folk at Stagecoach Yorkshire had a jackpot idea. 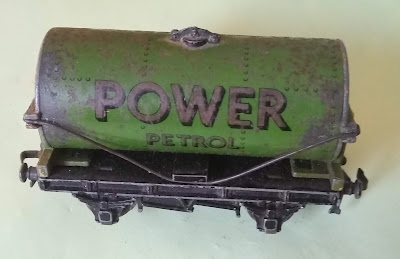 fbb's cheapo Hornby Dublo model was not in the best possible condition; which left the old man with a dilemma. 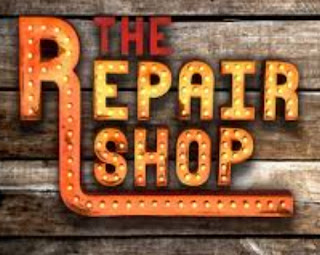 The dilemma is oft debated at the Repair Shop. Are the experts called upon to present the tattered battered heirloom in an "as new" form or in a conserved but realistic repair which respects it's age.
fbb decided to aim for the latter, but wanted to clean the tank  body up a bit. He tried a whole range of domestic stuff ... 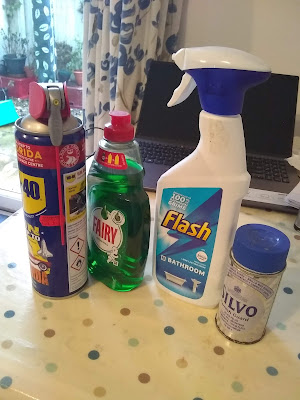 ... but none made much difference. In fact little "veins" of shiny metal began to appear as some of the gunge was removed. 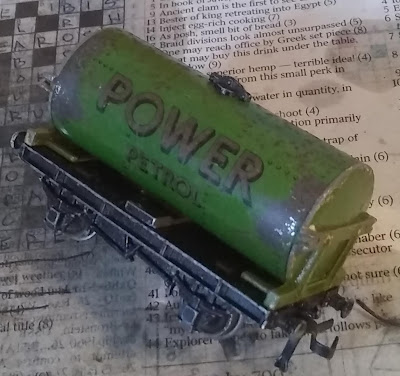 The only answer was paint - but matching a tired Power green would be difficult for a Repair Shop expert and near impossible for bodger-in-chief fbb. But ... 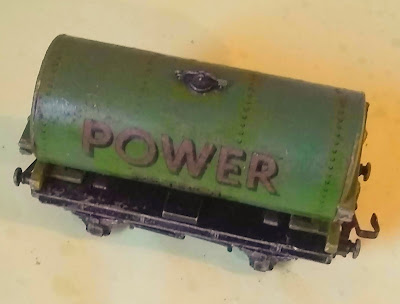 You can see the join! But take the model outside and the colours look different again. The mid-March is less noticeable. 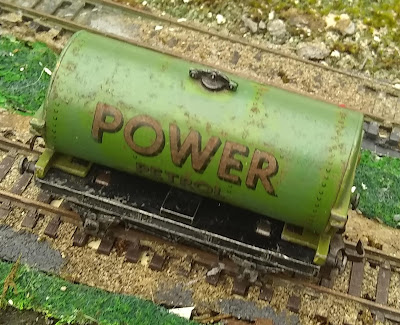 By adding a coat of gloss varnish, the colours are enriched and the match seems more effective. 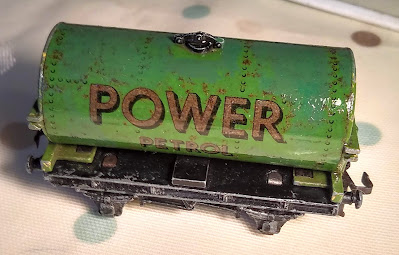 Even though it is all a bit splodgy, the effect is OK in that the result looks like an old wagon but with some wear and blotchy bits.
It was the next stage that led to big grief for fbb.
More tomorrow.
Next Variety blog : Sunday 17th January
Posted by fatbusbloke at 02:00