But First; The Coupling Conundrum 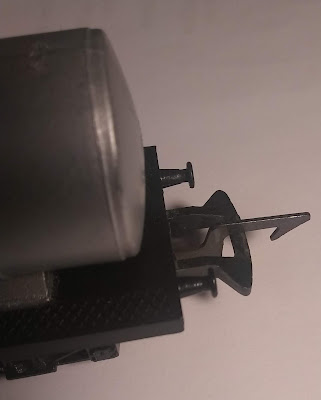 fbb is grateful to correspondent Peter who revealed all. The weird hook and bar couplings, almost identical with modern "medium" tension lock designs (the extra bit is a shadow!) ... 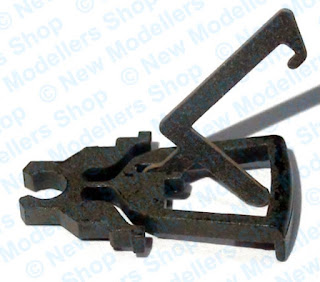 ... were known as LaNaL couplings and were invented in the USA in 1935 by a man called Alan (or maybe Allan?). Playcraft/Jouef used them from about 1961 until 1964 when they changed to the Peco type. 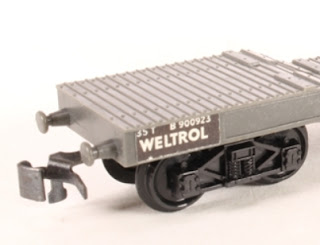 The UK range was on its way out by then and the whole Playcraft brand soon disappeared completely.
Thanks, Peter; fbb will sleep soundly in his bed tonight. But hold fast there! Does that mean the compulsive tank wagon collector will need to acquire a bogie wagon with Peco couplings and a four-wheel wagon with LaNaL jobbies to ensure his collection is complete?
Mrs fbb will be pleased.
Berlin Underground Line U5 ... 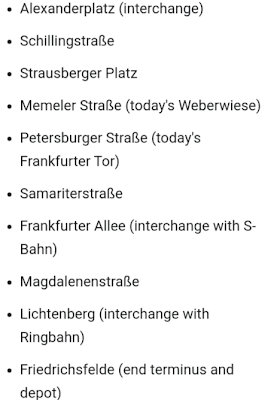 It ran from Alexanderplatz ... 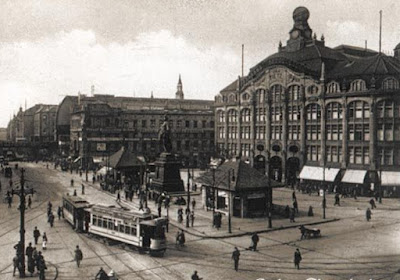 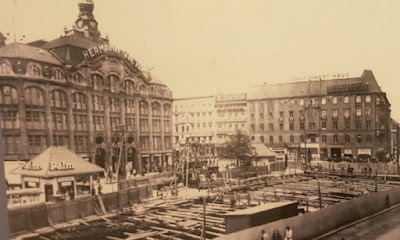 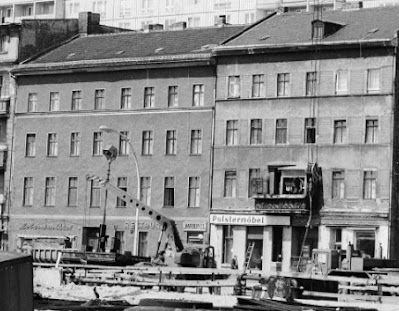 As a result of wartime bombing and Eastern Bloc architecture, the whole area looks very different now, Alexanderplatz for example! 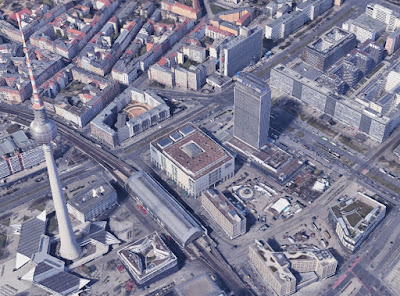 The TV tower was opened in 1965.
Stations were utilitarian in style (some still are) because money was short! (a familiar story?) ... 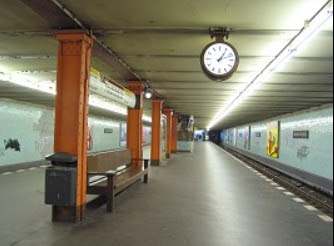 In 1973, the line was extended to serve the Tierpark Zoo, the station being the only underground facility actually built under East German control. 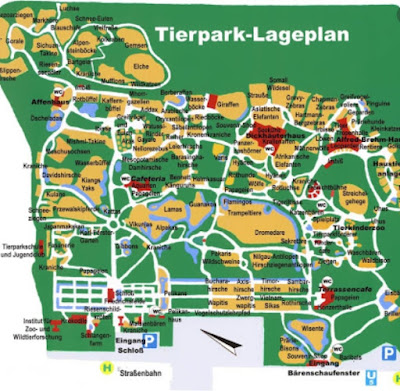 The final "big push" would take U5 outside the City Boundary (now moved inside) to Honow ... 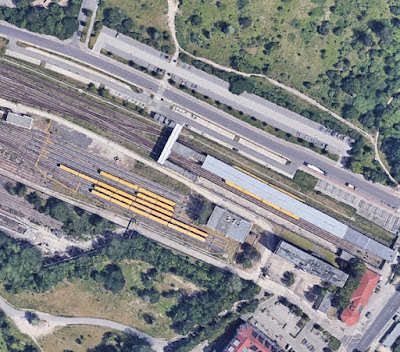 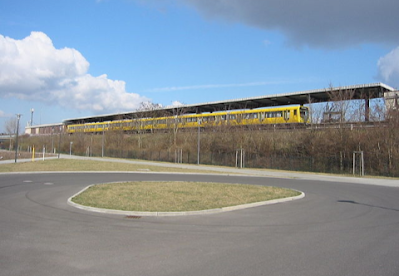 The line diagram below explains all ...

... with the extension from Tierpark shown in red. Today's route plan indicates the later development. 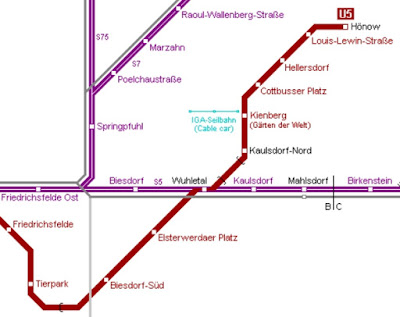 A video of the Honow terminus shows no barriers, a flat entrance from the street ... 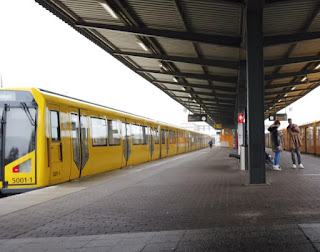 ... and a second entrance via a footbridge from the car park. 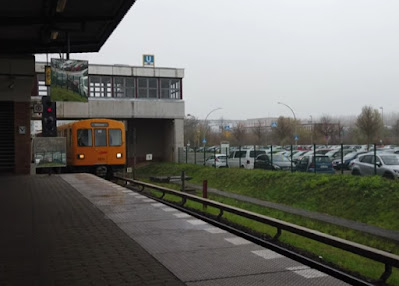 The footbridge offers a glimpse of the storage sidings. 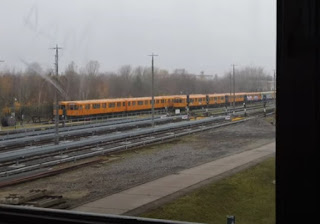 The depot at the old Friedrichsfelde terminus is still the main parking and maintenance site. 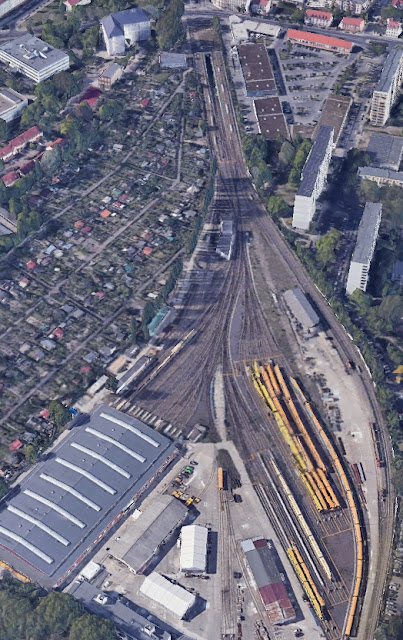 Like the Northumberland Park Depot of London's Victoria Line, trains emerge from their subterranean existence before settling down for the night at street level.
So, tomorrow we have the final task of joining Line U55 to Line U5 - seemples!
Furry Tailpiece 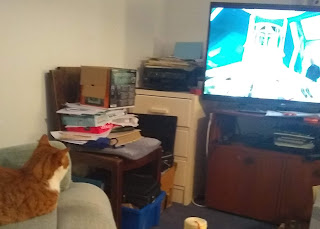