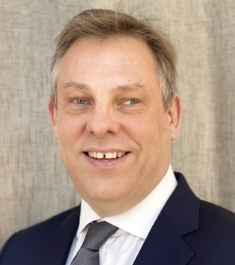 This cheery chappie is the new boss of First West of England, replacing the dynamic James Freeman who retires in May. The Bristol staff newsletter reports that Mr C is available now and will have one month "learning the ropes" at First Group in general, then one month at Bristol.

So who is this enigmatic Mr C who has not, as far as fbb can tell, darkened the door of a bus company before. In summary, from an account of his most recent employment ...
Doug’s impressive previous career life has left him well-prepared for the high level of detail Tristar demands of its service. Doug joined Tristar in March 2001 and has been dotting the I’s and crossing the t’s ever since. Before joining Tristar Doug was employed at Thames Water, and before that by the BAA and was responsible for all operational activities in the setting up of the Heathrow Express Rail Link. Doug started his career as a graduate trainee with British Rail and since then has held a number of senior operational positions, keeping everyone on the rails.
And you thought that TriStar was a jet plane! 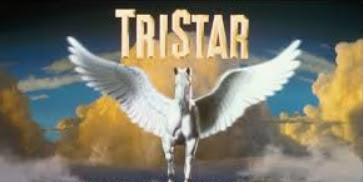 It is also a film company, part of the Sony group. And it was a plane ...

... the Lockheed Tristar, to be precise.
The Lockheed L-1011 TriStar, commonly referred to as the L-1011 (pronounced "El-ten-eleven") or TriStar, is an American medium-to-long-range, wide-body trijet airliner by Lockheed Corporation. It was the third wide-body airliner to enter commercial operations, after the Boeing 747 and the McDonnell Douglas DC-10. The airliner has a seating capacity of up to 400 passengers and a range of over 4,000 nautical miles (7,410 km). Its trijet configuration has three Rolls-Royce RB211 engines with one engine under each wing, along with a third engine center-mounted with an S-duct air inlet embedded in the tail and the upper fuselage.
But the Tristar in question here is ...

... a luxury chauffered hire car service aimed at the businessman with a big expenses budget,
Tristar Worldwide is a chauffeur-driven private hire car provider. The UK-based company operates in around 80 countries with an annual turnover of £48m and 650 employees. It was founded in 1978, originally for use by business class passengers of Virgin Atlantic. Tristar operates a fleet of 415 Volvo and Mercedes-Benz cars. In 2012, Tristar acquired M7 Worldwide Transportation, a US company operating in the same premium market. This significantly expanded their presence in the US. 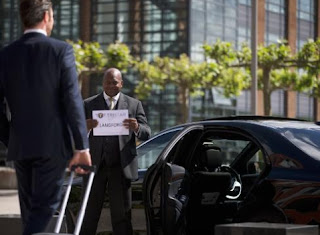 Prior to booking a car to take himself and Mrs fbb half a mile along the road to collect yesterday's luncheon of take-away Fish and Chips, fbb went to the Tristar web site. 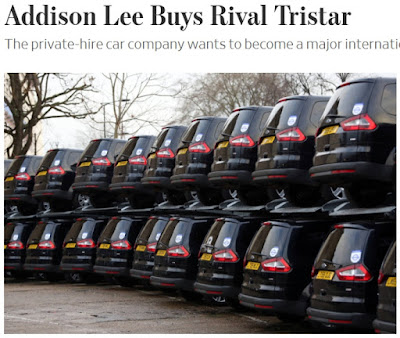 Private-hire car company Addison Lee has acquired Tristar Worldwide in a deal that could help it face down competition from both rival firms and ride-hailing services.
Carlyle Group LP-owned Addison Lee, which is seeking to become a major international operator in the executive car-services business, said Tuesday it bought rival Tristar for an undisclosed sum.
A person familiar with the situation said the deal was valued in the region of £30 million ($39.9 million).
According to Addison Lee, the merged entities would create Europe’s largest car-service operator with more than 5,000 drivers and cars and more than 800 staff.
The arrival of ride-hailing services, such as Uber Technologies Inc., Hailo and Lyft Inc., has increased competition in the private-hire business.
Carlyle Bus And Coach?

Carlyle buys and sell companies like fbb buys and never sells model railway tank wagons. An investment company usually buys likely growth companies, manages their growth, then sells them off at a stonking profit.
Anyway, Doug Claringbold has moved on, as they say, and will soon be running the buses in Bristol. He will, you would think, be very different from hands on James Freeman. 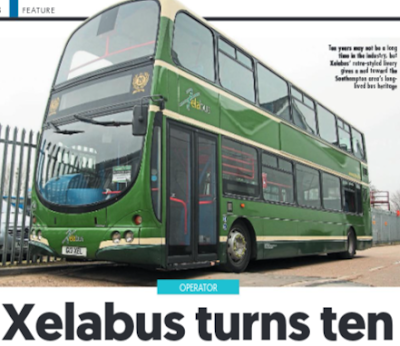 The company was founded in November 2010 and has a justifiable reputation for smart well-kept vehicles with a traditional livery. Most of its "normal" bus routes are centred on Eastleigh and include many that were once the province of Solent Blue line, and, before that, Hampshire Bus. 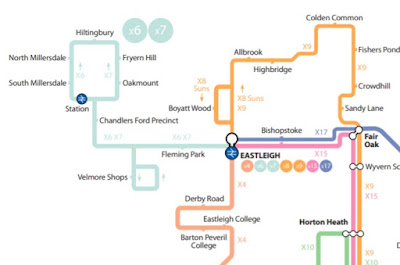 All such services have a prefix letter X (for Xelabus, not "Express").

Additionally there is a whole load of college and shoppers routes which, together with the above, needs a fleet of approx 40 vehicles. New buses join the fleet from time to time. 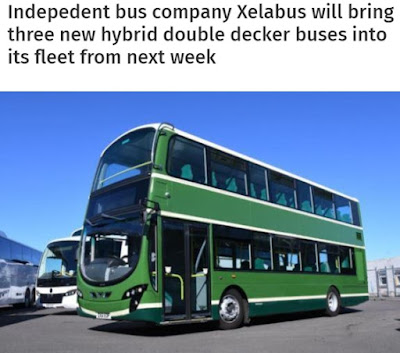 Let's hope this tidy little (not so little?) operation survives today's troubled times. The owners are confident that it has a strong future.
Project Pre-war Power Petrol Tanker (3) 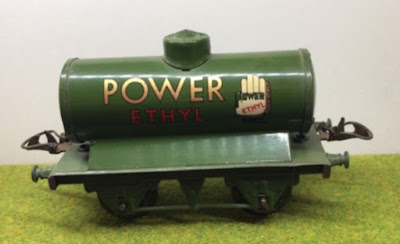 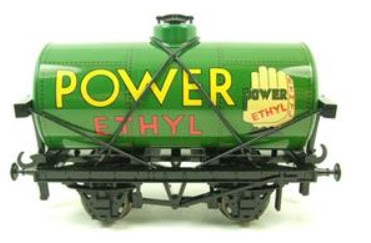 The Hornby wagon is on offer on line at £250!
A company called Daersted came up with a bogie Power tanker, also with claim that it was "pre-war". 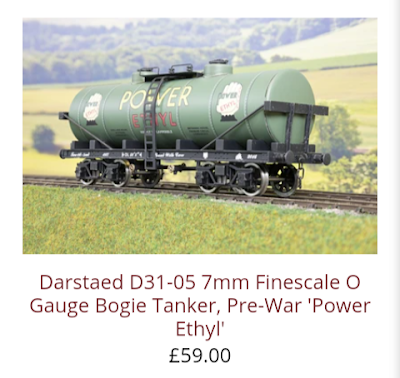 No such wagon ever ran in the UK, but both Daerstead and Ace built their business on "old men's nostalgia" remembering their childhood and recreating it in a collection of "toys".
fbb would never do anything like that!!!
Wrenn offered a Power OO gauge versions, one in a weird, almost pastel green ... 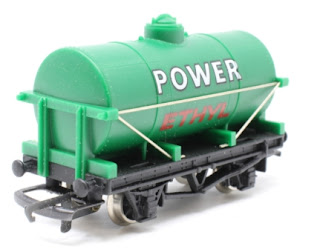 ...and Bachmann came up with a tank in silver with yellow Power lettering. 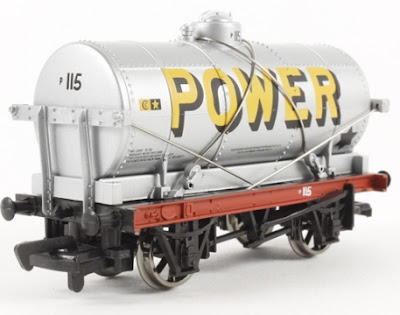 So which is right? fbb is now totally confused and can find no evidence of a full-size green Power tanker anywhere - despite a search though the 200 and more pictures on the Historic Model Railway Society web site.
In following up the history of the Power Petroleum site on the Isle of Grain, the author there illustrated both a pre-war  and a post war tank wagon. 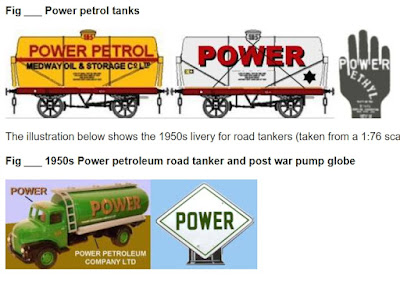 The regulations said that a tank for petrol should be buff with a red stripe, later changed (post war?) to silver. At least one model retailer (Modelzone) did, for while, offer a rake of three such pre-war wagons - none of which was green.

Aaaaargh!
It is beginning to look as if fbb's model is a fake - a livery never used by Power on its petrol tank wagons, merely invented by Hornby so they could sell a nice green toy to the kiddies.
But it wasn't the livery accuracy that has caused fbb so much grief. 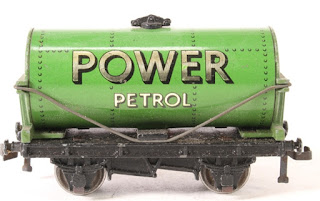 He was content in the knowledge that green versions might ALL be wrong - BUT, if anyone out there knows better, please contact ...
fbb@xephos.com
... and you could be making a confused old man very happy.
Next Variety blog : Monday 18th January
Posted by fatbusbloke at 02:00