It Can Only Get Worse! 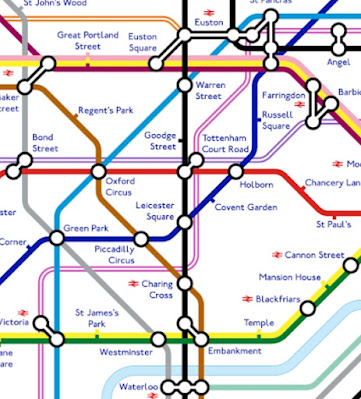 On-line, you may find a Tube Map for 2040 which shows a pink "hollow line" wiggling across the central area and adding yet more clutter. Although it is pink, it is NOT Thameslink but the proposed Crossrail 2. This began its life as a proposed Chelsea to Hackney underground line to, amongst other things, bring relief to the very busy Victoria line.
This new line (The George Line???????) would link some suburban services that currently run into Waterloo (most maps will enlarge with an on-click) ... 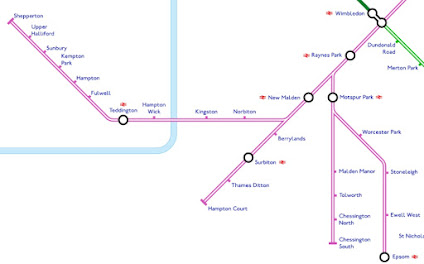 ... with some of the remaining stoppers from Kings Cross and/or Liverpool Street. 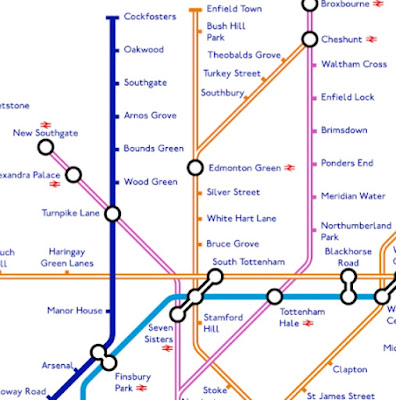 The proposals for Crossrail 2 change every few months and there seems to be no real appetite for doing anything positive about it. Also on the map is the "West London Orbital" from Hounslow ... 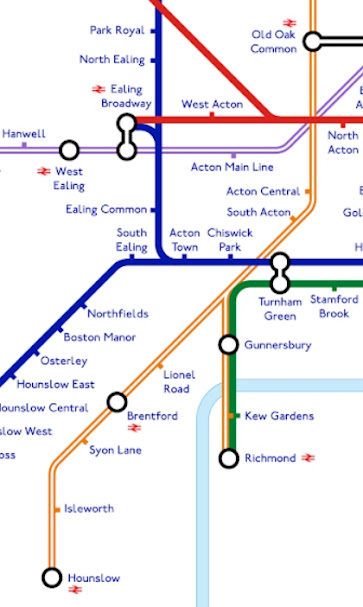 ... via the soon-to-appear mega interchange with HS2 at Old Oak Common and on round a hook shaped route ... 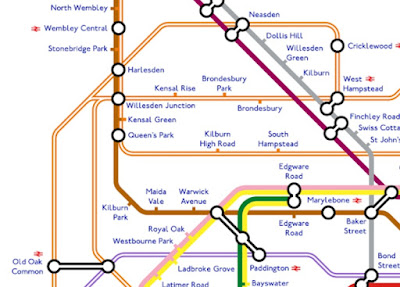 ... to terminate at our old friend West Hampstead (Overground). The map includes the already appropved extension to Barking Riverside, the Northern Line to Battersea and the Bakerloo to Lewisham which looks like it may well happen. 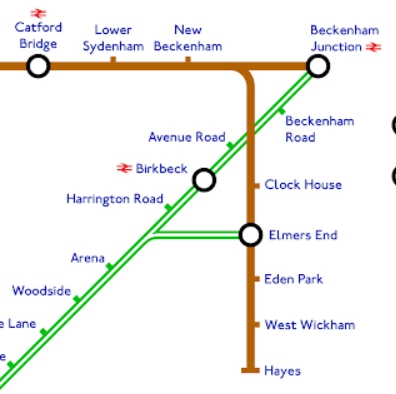 Whether the onward march of the Bakerloo to Beckenham and its absorbtion of the Hayes brsnch will eventually be added it yet to be decided.
But, inexorably like the expansion of the Roman Empire, the "Underground" is becoming less underground and more an arbitrary collection of suburban "big train" lines, with a few little-sized tubey lines in the middle!
But the unofficial 2040 map does not even mention Thameslink! It ain't there.

Then, of course, there is the problem of the Underground line that has vanished completely from the Underground map.
Like the East London line, now part of the Overground, it used to be run by the Metropolitan Railway and was shown in a hollow Met purple. 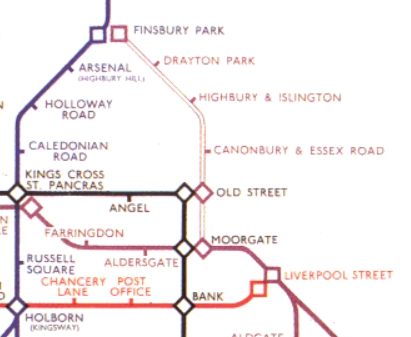 It was then hijacked by the Northern Line .../ 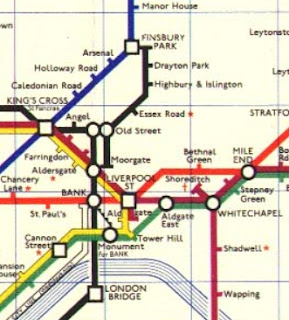 ... and planned to be extended to Alexandra Palace as part of the "New Works Programme". 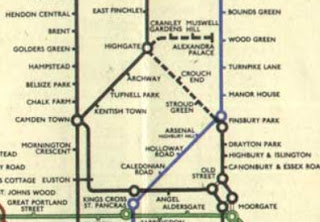 It was chapped back to Drayton Park ... 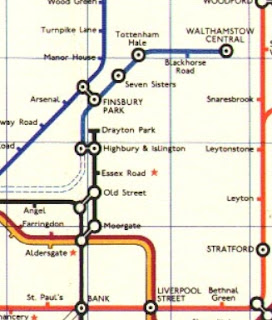 ... to allow its terminus tunnels to be used by the upstart Victoria Line.
Finally it was taken over by British Rail and joined to the suburban stopping services from Kings Cross. For a while, like the North London Liner (now Overground|) and the middle bit of the original Thamelink, it did re-appear on the Underground map. 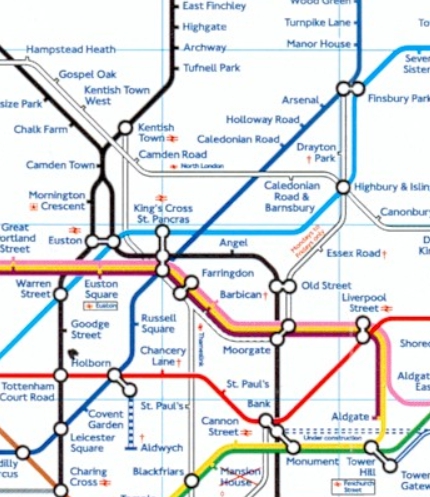 Thameslink has now been cartographically resurrected in all its infrequent complexity and clutteration, but the Northern City line remains obliterated, despite its providing an important link into the beating financial heart of the Capital more frequently at its southern end than most Thameslink branches. 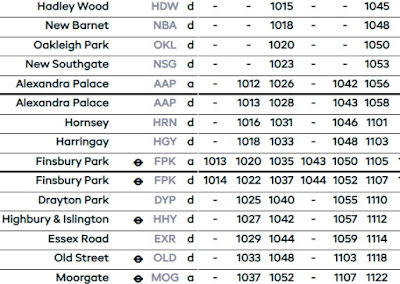 Unlike most of the additions, there is plenty of room for the bit from Finsbury Park to Moorgate.

So where next?
Harry Beck's simple Underground map has morphed into a complex and potentially incomprehensible Transport for London map. The useful frequent central section of Thameslink has been added but there are plenty of frequent suburban lines that are ignored.
fbb will take a much needed weekend break from his deliberations on the new Underground map and, next week, see if it is better done in Europe.
For the time being, enjoy some pictures of the various lives on the Northern City line.
Metropolitan Line 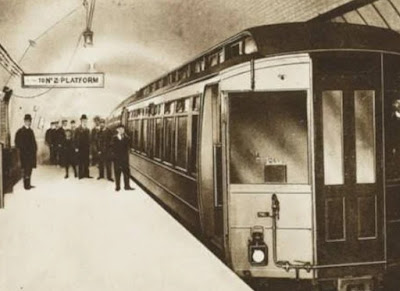 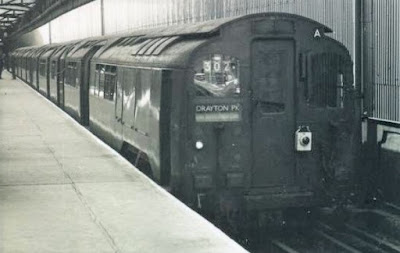 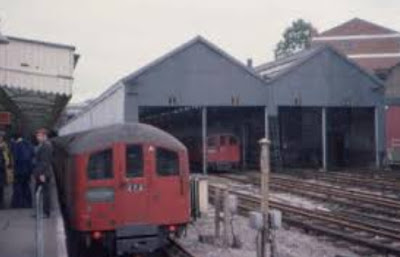 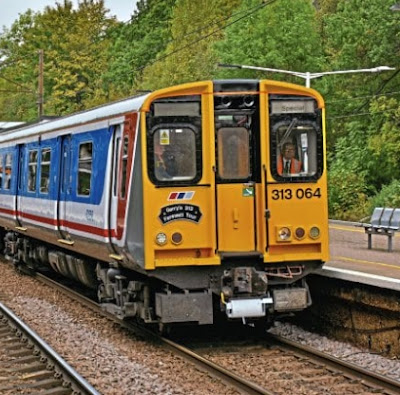 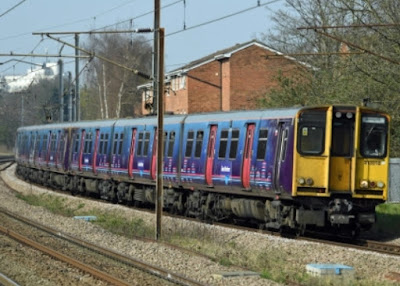 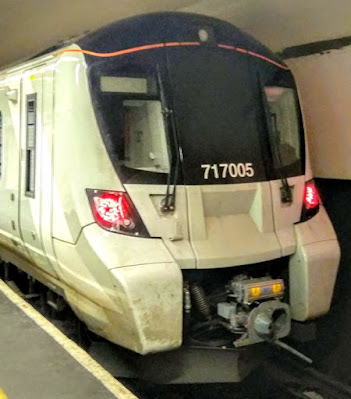 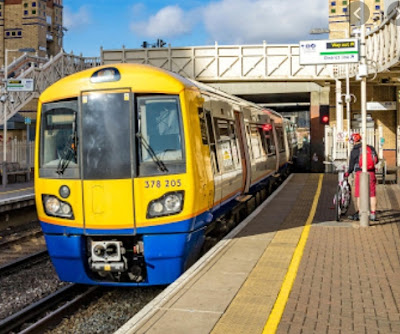 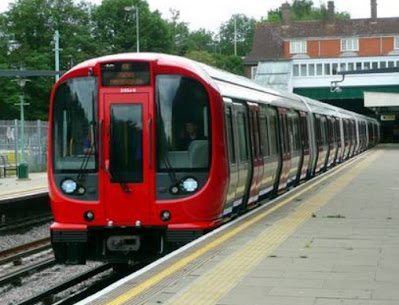