The fbbs' next door neighbours, house guardians and (late) cat sitters set off on a much anticipated holiday on Sunday last. Departure was 1230 on Sunday for a Premier Inn on an industrial estate at Bristol. Next was an 0400 departure for Bristol Airport to join their flight for sun, sea, sand and sangria.

They arrived back adjacent to fbb mansions at some time early yesterday morning.

You have to be sorry for all those employees and customers whose activity has been summarily terminated.

It should not have been. The company has been struggling for many years. The annoyance is, quite rightly, directed at the directors for not directing for some time - or maybe directing in the wrong direction.

And So To Solihull 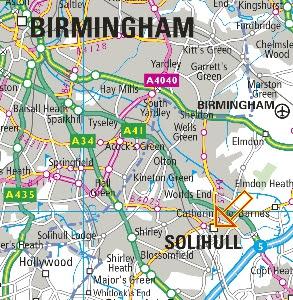 It was, back in the thirties, a small market town on the Great Western Railway main line from Birmingham Snow Hill to Paddington. 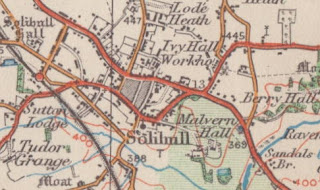 It also lies on the main route to Warwick. Amidst the modernity there are a few signs of the old town at the southeast end of the High Street. 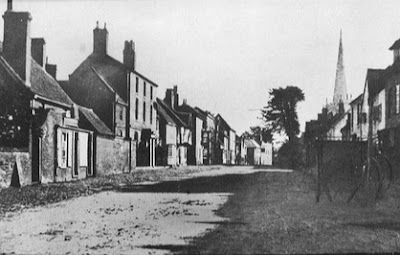 The spire of St Alphege Church gives some point of reference. 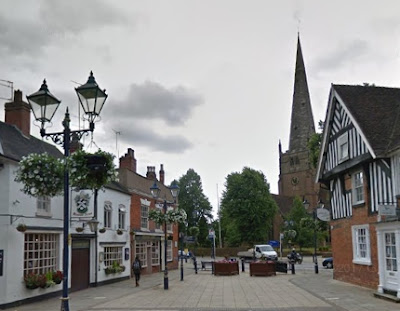 The railway station was, back then, on the north eastern edge of the town. 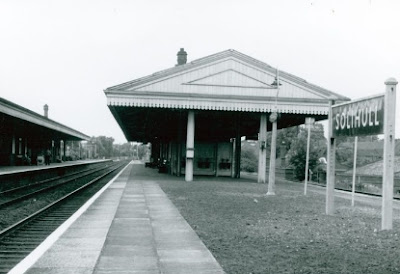 Of course the station has changed over the years, but right outside is a well endowed bus interchange. 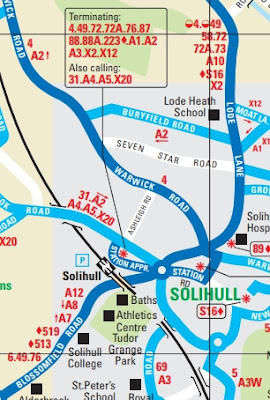 Thus it was that the fbbs arrived by train on the Wednesday of their recent Royal Progress, to spend a couple of nights in a B&B very close by. Thursday morning, then, was an opportunity for about 45 minutes of detailed investigation.

fbb was first greeted by an electronic display ... 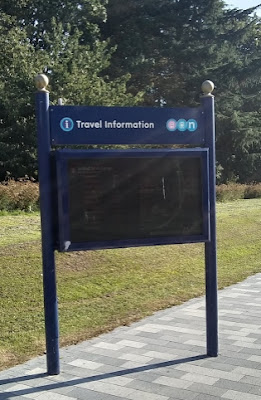 ... cleverly sited to face the station exit and, for most of the day, the bright sunshine which accompanied every day of the complex trip. it was barely legible, even at close range. 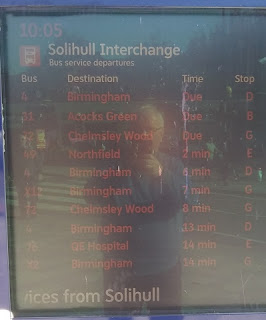 Some decrepit old fat bloke was taking the picture above.

As usual, departures were in time order; but what is always more helpful is departures listed in route number order. 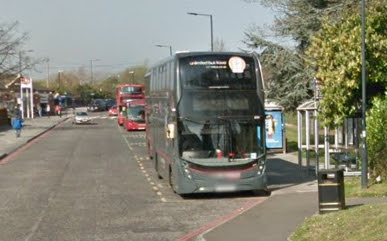 A short stroll to the main run of shelters revealed what information was available thereat. A map of the site was posted in each shelter ... 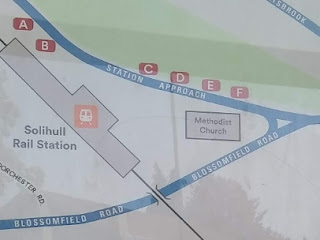 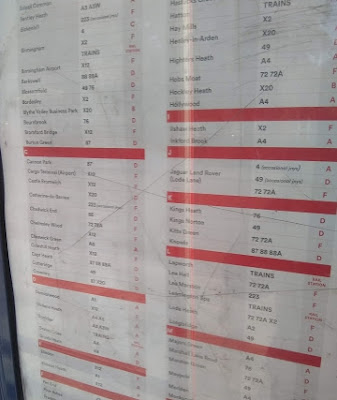 Helpfully, there was also a list in route number order (hooray!), also showing the stand designation. 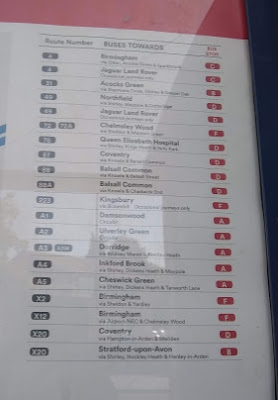 Interestingly, there was a warning that not ALL buses in Solihull make it to the station (why not?). 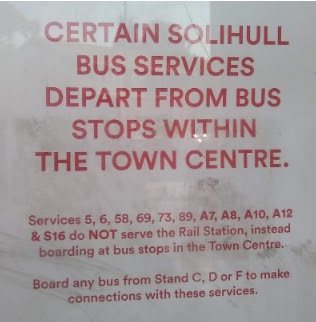 As has become normal these days there were no timetables anywhere, merely the usual departure lists which fbb will look at more closely tomorrow. 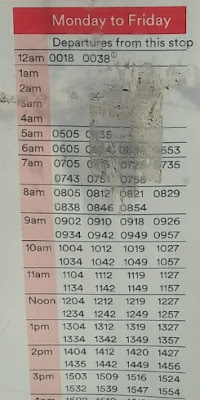 One oddity was the strange mix of 12 hour and 24 hour clock.

Are printed leaflets available in Solihull, and if so, where?

In recent months, bus stop flags have changed from the former white on black ... 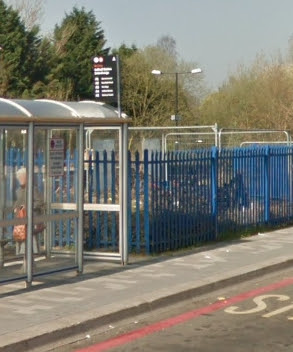 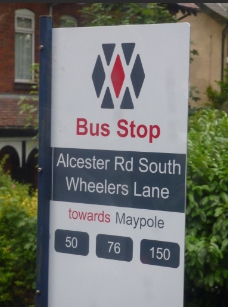 ... but all in red; which fbb (slacker) failed to photograph!

The information at Solihull was a tad better, with much better presentation; but the lack of the Solihull area map was a serious limitation. 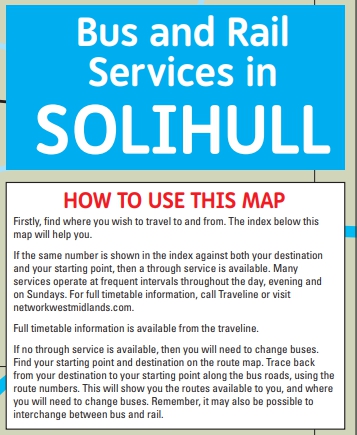 fbb can't help thinking that, in both cities, information is provided because the technology is available to do so, NOT because what is produced is entirely helpful.

For regular users, or for those who know what they want, the information is fine - but for a visitor it is wholly inadequate. As usual the "IT'S ALL ON LINE" opportunities are challenging for the first timer.

But fbb and Mrs did succeed in finding their friends' house at Knowle and getting there and back by bus. But it was far from easy.

But a closer look is promised tomorrow.

Next At the Bus Stop blog : Wedneasday 25th September
Posted by fatbusbloke at 02:00